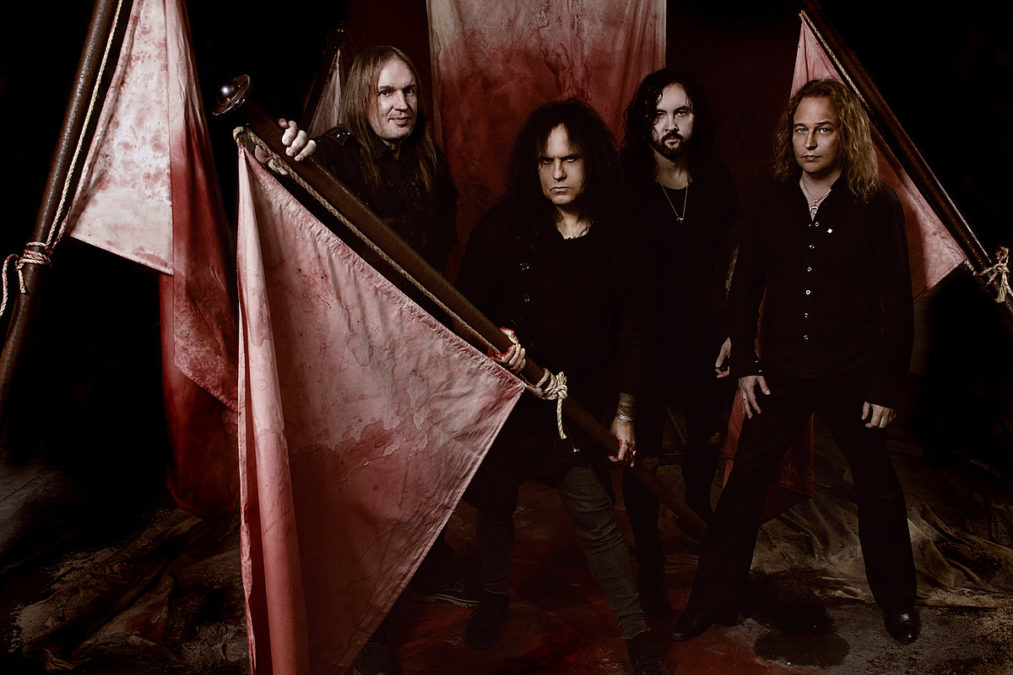 Decades into their game-changing career, German metal legends Kreator find themselves more successful and influential than ever. They’ve stuck to their guns, weathered the trends and outlasted their peers – never once wavering from the ferocious noise that excited them as teens. If anything, that thirst for sonic warfare is just as strong, if not stronger, today. Where others have suffered from creative malnourishment and artistic uncertainty, something which even metal’s biggest and best are prone to, Kreator have  always charged full steam ahead – thanks to the red-eyed conviction and fearless determination of founding singer and guitarist Miland ‘Mille’ Petrozza.

On 1985 debut Endless Pain, the Essen innovators created the template for extreme noise to come, fusing elements of thrash and black metal in ways that had never been heard before. Their sophomore album of the following year, Pleasure To Kill, became one of the landmark albums of 1986 – making metal history alongside key releases from Metallica, Slayer and Megadeth. And onwards they marched, bringing hellish anthems to the masses in every album that followed, with a track record few could ever rival.

The last decade has been a particularly exciting time for the group, with 2012’s Phantom Antichrist proving how they could embrace modern production techniques and move with the times without forsaking the underground spirit and defiance which made them a household name in the first place.  Its successor, 2017’s Gods Of Violence, saw them topping the German charts for the very first time in their career, a feat virtually unheard for a band of such thunderous intensity. Returning this year with fifteenth opus Hate Über Alles – which marks their first studio album with Frédéric Leclercq (ex-Dragonforce, Sinsaenum) on bass, joining Mille, guitarist Sami Yli-Sirniö and drummer Jürgen ‘Ventor’ Reil the metal  titans are once again channelling an unholy heaviness strong enough to tilt the earth off-axis…

“We still like to challenge ourselves, I guess that’s what it comes down to,” says Mille, when quizzed on the  secret to their longevity and flawless credentials. “Every time we make an album, it feels like the first one. We take our time, it’s important to have something to say rather than releasing things just for the sake of putting out something new. Quality always over quantity. Why put out meaningless, boring albums? I’d rather build on the essence of what I’m trying to say and what I want people to feel. That’s why we sound so angry and edgy.”

You can take a listen to Dave Griffiths’ full interview with Mille below: