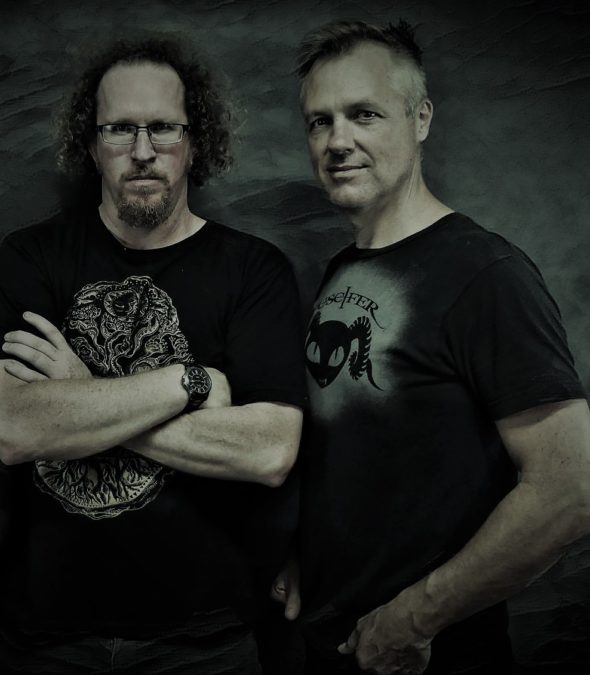 Not that the subject matter is offensive; more so contentious, with the lyrical content loosely based around cults and the effects they have on people and society.

Guitarist/vocalist Cloudy joined HEAVY for a chat about the song and other happenings within the Kobrakai camp.

“The song came about from a few riffs that I had floating around that I recorded on my phone and sent to the other two guys as a voice mem,” he explained. “We do that through messenger and exchange ideas then get the basics down and do a few videos of the riffs then jam it out in the old jam room at Rock City Studios which is our usual haunt in Upper Coomera there. Our bassist at the time Phil came up with some lyrical content – he usually has a theme running through his head – and if we can we jam it out at gigs to get it in its final format, and then we commit to some studio time and knock it out there. That’s pretty much how this one, and any of the others in the last 12 months, have gone as well.”

With the song being set around famous cult figures, particularly David Koresh and his Branch Davidian cult and worshippers, it would be easy to assume that this is just another song riding off the back of the coattails of a bad period of history, but when you dive deeper into the lyrics you can see it is actually an indictment against all forms of cult and fanatical worship ranging from the individual to mass consumption.

“I think Phil, who came up with the lyrics on that one, he’d been watching a documentary I think it might have been on SBS about the Branch Davidian’s who based themselves at Waco, Texas,” Cloudy continued. “You might remember back in the 90s there was a siege when the FBI or CIA raided their facility which is a place at Mount Carmel in Waco and it resulted in quite a few deaths so that inspired him to write a bit about what a cult is. The lyrics with this particular song the verses take the aspect of the followers where David Koresh was the leader and then for the chorus you sort of flip the personality for those lyrics. That’s what gave birth to the idea of it but then once we had the song finished we worked with a guy who has done a lot of production and recording for us plus he’s done some videos for us as well so we sent it over to him and he has gone and delved a bit deeper into what the cults are actually are so obviously we touch base on the Manson Family, there’s the Jonestown Massacre as well which took place in the 70s I believe, and then more recently political leaders; can followers of a particular leader be classed as a cult as well? That’s reflected in the video if you have a close look at it you can see the storming of the White House a few months ago.”

In the full interview, Cloudy runs through “Vessels” in greater detail, outlines the film clip and what it is trying to portray, the difficulties in writing a song from two differing perspectives and personalities, the overall message of “Vessels”, plans for the rest of 2021 and more.