KILLER BE KILLED – The Reluctant Heroes Metal Had To Have 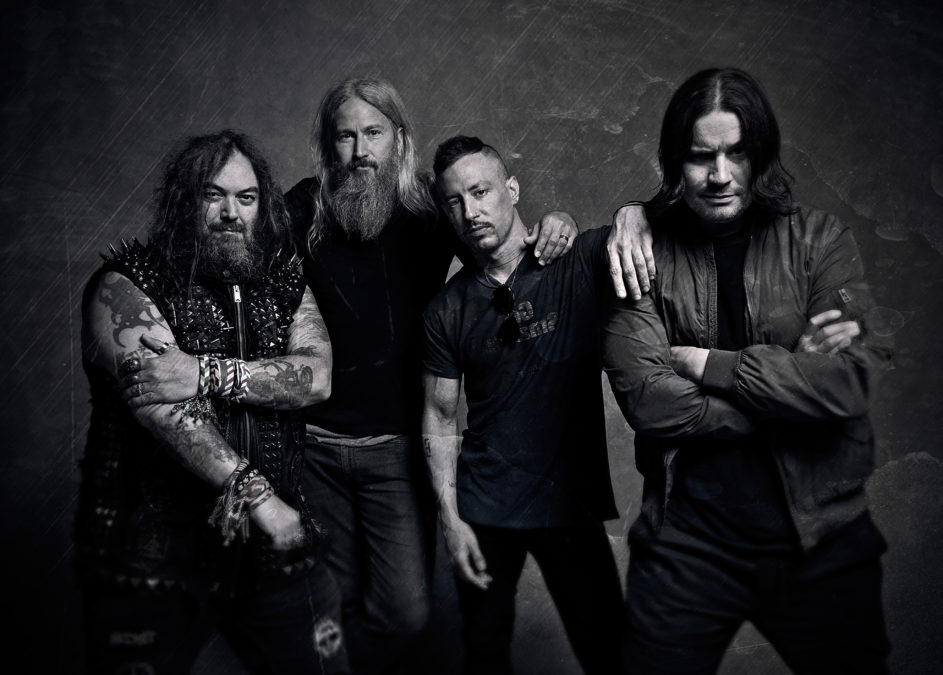 As has been discussed and bandied about for the better part of nearly a decade on how Killer Be Killed is a supergroup, there is no need for me to dwell on it further here for readers to reacquaint themselves with this massive band. What is important right now in the shit show that is 2020 is how critically important Killer Be Killed’s sophomore album Reluctant Hero is.

On the eve of its release, one-quarter of KBK Mr Greg Puciato (The Dillinger Escape Plan, The Black Queen) graciously gave HEAVY Mag a significant portion of his Friday 13th to give an in-depth, up close and personal account of all facets surrounding the history of the band plus the processes of writing and recording Reluctant Hero.

The first topic Greg and Metal V broached was, as both himself and fellow member Troy Sanders (Mastodon) are invisible enigmas on the social media spectrum, whether it was hard to keep something such as their massive existence secret and how there was not even a whisper of anything new emanating from the Killer Be Killed stronghold?

“Not for me because I don’t like to telegraph what I do in general,” he began. “I don’t like telling people what I’m doing tomorrow because I don’t think that it matters. It doesn’t make the thing that you’re doing any better…it’s not gonna make it resonate with any more people. The only thing that’s gonna make the thing good is for the thing to be good! The second you tell people about it then you gotta keep talking about it then you’re super aware of it, then you’re thinking about content all the time which is dumb. Fuck content! I hate the idea of when you’re doing something you can’t be present in it because you’re constantly thinking about whether you should be documenting it or should we be taking pictures or should we be filming this; it keeps you from being present. I wanna go to the studio or the practise space or to the writing thing and I wanna be present so that I can make this the best that it’s gonna be and I can make my performance and my contribution the best that it can be. I can’t be doing that if I’m super aware at all times that someone might be taking a picture or someone might be posting on Instagram or someone might have told someone yesterday in an interview what we’re doing. It just corrupts the whole thing. All my favourite records in life, I don’t look back and think that they would have been any better had the process been talked about beforehand. It just doesn’t matter and at the end of the day, it just doesn’t make me happy! So no it’s not difficult to me, I will just lie to people, straight up I don’t care at all! If someone asks me in an interview; “I’m doing all kinds of shit right now that’s coming out next year that I can’t talk about at all because I just won’t. I don’t owe anyone an answer – if you ask me what I’m doing right I don’t have to tell you and I think people get trapped and caught in this thing and have to answer someone just cos they asked them a question. No, you don’t – Just tell ‘em what you want to tell ‘em!”

As for his personal feelings on the desire to keep his creative process close to his chest, Puciato gives insight into how the other four members of the band relate conspiring to keep the Killer Be Killed creative endeavours quiet.

“Troy feels the same way,” he nodded. “Ben (Koller – Converge, Mutoid Man, All Pigs Must Die) is a little bit more or a constant documentarian of his stuff so we had to tell him ‘Hey Dude don’t post anything.’ And then Max (Cavalera – Sepultura, Soulfly, Cavalera Conspiracy) is just really excitable, he’ll just tell people what he’s doing in an interview so we had to tell him – ‘Hey Man, don’t slip up, don’t blurt…!’ He would be doing an interview while we were in the studio and they would be asking him what he was working on and he’d be like, ‘WHAT DO I SAY?’ and I’d be like, ‘I dunno Dude, just tell ‘em that you’re doing nothin’! You don’t owe these people anything, literally say nothing. You’re not lying you’re just not telling people something!”

Greg mentioned that he was wanting to be fully present in what he was working on and shunning anything that would interfere with his artistic process. So with that presence in mind, he articulates when pressed on the topic of their other outside endeavours being at times a primary main focus, having the Killer Be Killed co-operative together in one space all at once at the same time could be logistically quite difficult. Metal V asks about the bands writing process and how it was done.

“We were present all the time, we never did any file sharing,” Puciato stressed. “We were always in the room together so when we get together we would bring everything we had with us so that every time we got together we would treat it like we would if we were just kids in the basement or garage feed on every idea we would have then come up with new ones and then go down every tangent we could go down on the spot work it all out together until we had exhausted every possible avenue…then we would break and come back and do it again four or five months later. That made it a lot more exciting and organic. We got a lot more excited to bring new stuff to the table, it makes it feel like Christmas every time seeing what the other guys have and then we get to react to it in real-time and we get to bring in your ideas which keeps it feeling fresh and exciting. Then we would double down on that whole vibe by living together. Every single time that we would get together we got an Air BnB and we would live in that house together. Even when we recorded the album which took two months we lived together. We didn’t leave and go home. We stayed in that house, woke up together, ate breakfast together, went to the studio, went to dinner, came home or went to the bar. Every day we would just be really in it. In the record, in the relationship with the other guys and that really added to a record like this where there is so many people jumping in and out vocally and there’s so many different things you gotta overcome, like the fact that we don’t see each other all the time and we have to fast track your relationship with one another and we would just try to stay immersed in this as much as we could every single time we were together.”

With three distinct lyricists and vocalists in Killer Be Killed the conversation continues on the creative process of songwriting. The obvious question is how the formation and structure of each different and distinct voice gets heard and how parts whether in full or otherwise get moulded together to make a complete cohesive song. Is there one certain person that writes full lyrics and the rest of you feed off their certain vibe and interpreting what they are trying to say or are you as a band writing all the lyrics at once?

“It’s different for each song,” Puciato continued. “Some parts people brought fully formed. There’s a song called “From A Crowded Wound” that I wrote lyrics for front to back, Max and Troy I wrote their parts because the whole song is just one thought. Then there’s other songs where Max wrote a lot of the lyrics or Troy wrote a lot of lyrics and I’m singing their lyrics and then there’s other things where it was fully collaborative, I wrote my part and they wrote their part. We would talk about what the overall meaning of the song is so that we would not be singing about completely different things.”

Deeper still Greg enlightens us; “It’s a different challenge than when you’d write everything yourself whether you’re doing a solo record and you’re the only vocalist like in Dillinger or The Black Queen it is very easy to stay personal and fanatically in the same ballpark because it’s just you! But if you’re working with other people vocally then that’s really the challenge. It’s not hard for us to make it make sense sonically it’s difficult to find the overlap thematically if we’re all writing lyrics because someone might have a line that sounds killer but it might not have anything to do with that other thing that the other guy is talking about. So you’ve got to make sure that you’re on the same page in that realm. That’s the tricky part, but there was never any real hiccup in it; we managed to make it a pretty smooth process.”

The above transcription is barely a drop in the ocean of topics and questions raised to and answered by Greg. By listening to the audio interview in full you will hear a bunch of Killer Be Killed’s songs both old and newly released as chosen by Puciato who graciously explains his reasons why (including revelations within the three teaser album tracks released from Reluctant Hero). We also gain a deeper insight and understanding of the inner workings of the collective hive mind of Killer Be Killed as a whole, therefore, leading you to buy their new incredible album Reluctant Hero because, plain and simple, it is fucking amazing.