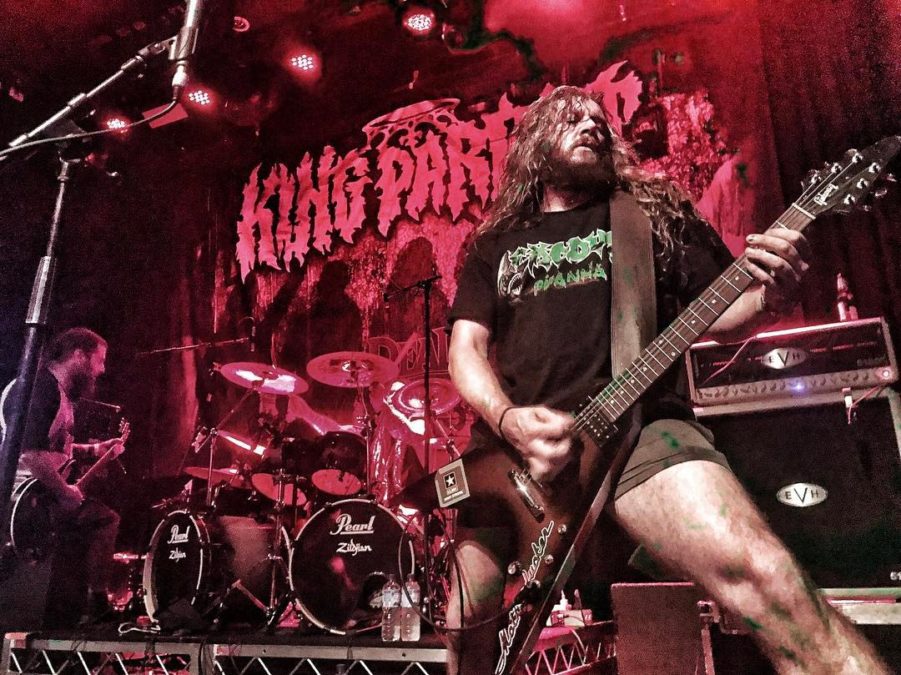 With his band joining many others in inactivity during the recent world events, King Parrot guitarist Andrew ‘Squiz’ Squires found himself in the unfamiliar position of having nothing to do or look forward to of major significance.

Rather than spend his time holed up pondering what might have been, Squiz instead turned his attention to one of his passions away from King Parrot, that of sound engineering and recording.

The result is the recently opened KrapShack, a home-based recording area that was utilized by Melbourne metal machine Choof for their recent demo EP.

With the debut recording successfully out of the way, Squiz has decided to offer his knowledge and service to other bands, so joined HEAVY for a chat about the KrapShack and the story behind its development.

“There’s much more than just the guitar swinging wild man shenanigans from the Squizzer,” he laughed. “The KrapShack is a garage underneath my dwelling, a fairly sizeable one, and during the course of the pandemic, I thought I better use my time a bit more constructively, so I started piecing together the bare bones of a recording situation. And that’s what it is. It’s a little space – a recording space – particularly for hashing out demos and low budget, low-fi, no frills, fun, get the job done, in and out and off you go sort of thing.”

What started out as a side project quickly turned into an opportunity for Squiz to use his creativity and passion to help others in the music industry.

“No one really knew that I was tinkering away and setting this up,” he said, “but I’ve always had a fascination with tinkering with gear and obviously recording being in King Parrot and a myriad of other bands. I’ve always had a little four-track here or there or a microphone or two, and I’ve been slowly gathering bits and pieces – particularly over the course of the pandemic – when I discovered that no-one gives a flying fuck these days about the old analog gear, and they’re just ditching it for dirt cheap prices. I’m not a big fan of this modern era style, note-perfect, cutting edge, cut-and-paste stuff. It’s tedious listening. It bores the tits off me, there’s no soul or life left in the stuff. I’m gathering up all these analog bits and pieces and thought I have always had an interest in it, so I’ll go to school and start learning about it. I headed up to Box Hill TAFE and started doing an audio course – with a view initially of looking at getting into the live sound mixing – but I just found I was too old and slow for that (laughs). I’m not the most technically adept or super technically minded coot, but given my own time and pace, I can get around and get the job done. There’s this big emphasis if you’re a sound engineer to get it done super quick and bang, bang, bang. You have to know pro tools inside out and upside down just so you can hit those buttons to keep the vibe going, which is fair enough, it’s just not my style.”

In the full interview Squiz talks more about the set-up of the KrapShak, what you need to do to book some time in, the use of analog over the modern recording methods, getting a good sound, the importance of creating a good atmosphere when recording, happenings with King Parrot, future plans and more.