It all began with a dog and a car. Yes it is easy to forget that John Wick’s bloody war all began with his dog being killed and his car stolen. Of course things escalated when it payback involved declaring war on a criminal cartel that seems to have an endless supply of those seeking power and those willing to avenge those who have already fallen.

Now the cinema world finds itself locked into chapter three – John Wick Chapter 3: Parabellum – and once again there is more carnage and brilliant action sequences as Wick continues his rampage. Also again along for the ride is actor Keanu Reeves who once again seems to relish his role as one of the screen’s most dangerous men.

“In Chapter 3: Parabellum there is a lot more knife work and a lot more group work,” says Reeves explaining how the writers and director of this John Wick film have managed to raise the bar once again. “In Chapter Two with the fighting there was groups but it was always one-on-one. In Parabellum one of the ways that we have expanded is that it is multiple people, more multiple people, and that is another expression of the action. And also John kind of gets over-whelmed in Chapter Three, he’s not heroic all the time – he gets beat up. And that is another kind of skill, to be able to take the reactions – it is one thing to hit somebody but it is another thing to get hit, that is a different part of the dance.”

One of the other amazing fight sequences in Parabellum happens on horse-back, something else that impressed Reeves. “When we finished Chapter Two I was like ‘hmmm… the park… let’s get John on a horse.’” Says Reeves laughing excitedly. “And Chad (director Chad Stahleski) was like ‘YES’ and then when we were developing Chapter Three: Parabellum Chad was like ‘time to train on a horse.’ And I was like ‘YES!’ I’ve had the opportunity to train for riding on previous films – I did it for Much Ado About Nothing with Kenneth Branagh, on Little Buddha with Bernardo Bertolucci, so I have gone through that training. That is like riding, slowing to a walk, controlling a canter, but this was like ‘yeah you have to get off the saddle and go sideways and hold onto the neck or something and then shoot somebody.’ And yeah that was… um… next level.”

In Chapter Three the action also sees John Wick get to travel a little and Reeves is only too happy to talk about the shots that are set in perhaps what is John’s most formidable opponent – the Sahara Desert. “So we had this vision to take John Wick to the desert,” says Reeves excitedly moving in his chair. “Chad  was like ‘that is great, but where?’ And so Chad started to go on a tour looking for locations and he eventually fell in love with the Sahara and we had the chance to go to Morocco which was amazing. I had never been to the desert, I had never been to the Sahara – I mean I had been to a desert but I had never been to the Sahara, and to go there, what a magical and amazing profound place. For me to be in a John Wick suit playing John Wick while walking in those sand dunes was just a moment of my life.”

As talk turns to where now for John Wick Reeves says, “It has been a real honor and I am grateful for the audience that has given me and Chad Stahleski and everybody involved the opportunity to continue to explore the world of John Wick. It is a great pleasure… I can just tell you that it is just so much fun to work on John Wick!” 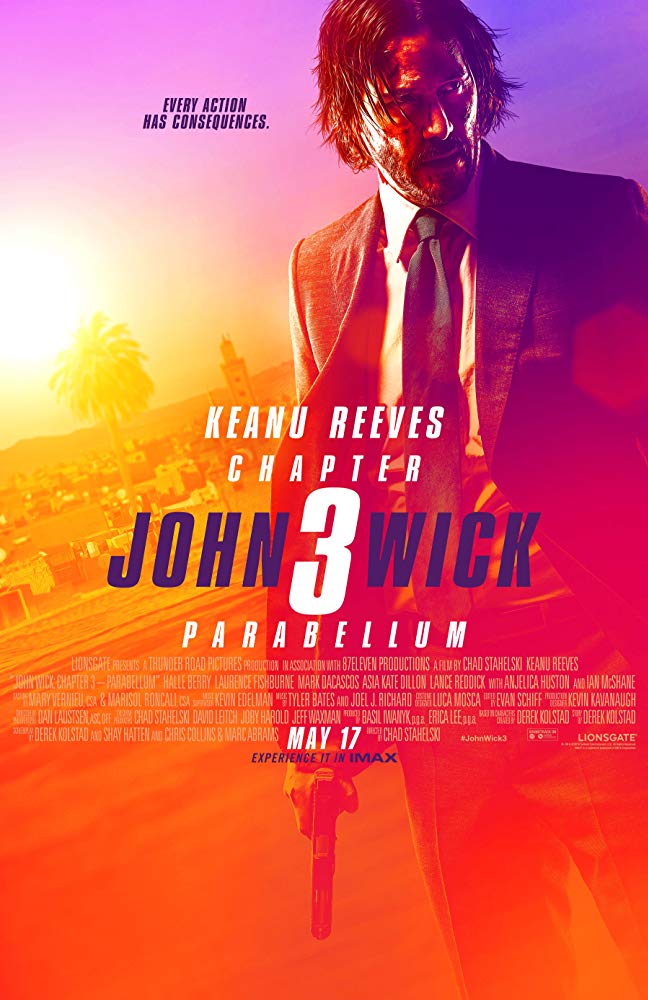