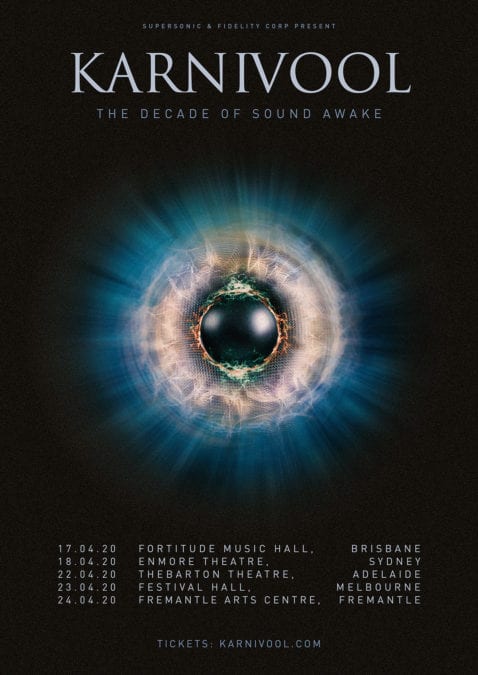 Karnivool announced The Decade of Sound Awake tour where they will play the whole Sound Awake album in its entirety.

Attaining worldwide success over this last decade along with some fascinating places to play such as Istanbul, Glasgow, Helsinki, Pune, Youngstown, Bratislava, Auckland, Cape Town, Moscow, Wiesbaden and more…

The Decade of Sound Awake tour will visit Brisbane, Sydney, Adelaide, Melbourne and Fremantle for ONE NIGHT ONLY. There will be no additional shows and no encore performances.