Jump On The LAGWAGON 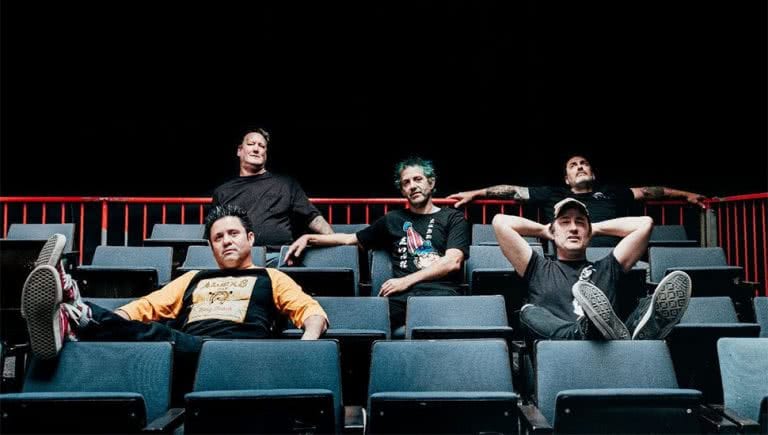 People often talk about the glory days of punk – those days back in the 1970s and 1980s when bands like The Clash and Stiff Little Fingers were making a name of themselves. Many though seem to ignore the punk resurgence that started in California in the 1990s – a time when bands like Green Day and The Offspring made punk mainstream. One band that deserves to also get a credit for that time period was Lagwagon whose debut album Duh exploded onto the in 1992. Flashforward to 2020 and the band have just celebrated the release of their ninth studio album – Railer and are preparing to head back to Australia with a tour this year.

“Well our new album came out last year,” says frontman Joey Cape when HEAVY Mag gets a chance to chat to him. “Whenever we have a new album out we like to get out and do the rounds. That gives us the excuse to go everywhere even though you don’t need a new album to go to Australia but a new album certainly helps to justify it. I just love Australia I’ll come there any time no matter what, but it is always nice to be able to head there with some new tunes to play.”

Like a lot of musicians from California Cape sees a direct similarity between his home state and Australia. “I love the beach,” he says with a chuckle. “I grew up in California on the coast so I have been near the ocean my whole life so I love that wherever you play in Australia, except for one spot, you are near the ocean, so there is that element. Then the climate of Melbourne is very similar to San Francisco where I live, but yeah also the people are really friendly and unlike some of the places in the world where we go you guys speak English so that is a plus for sure.”

The other big love that Cape has in Australia is the food. “You know when people talk about how much they love food they talk about France and Italy,” he explains. “But I love the food in Australia. I have a lot of restaurants in the cities there that I go to. Australia does well what we have done here in California, and that is welcomes all cuisines. Then you have such great produce there as well, that helps. But yeah, I definitely like to get out and explore and my friends who know me well will often suggest places for me, and yeah Melbourne has definitely got one of my favourite places.”

We could have talked about the great eating areas of Melbourne all day but I manage to steer the conversation back to the musical side of Lagwagon and we end up discussing the brilliance of Railer and I ask Cape how the tracks have been going off the album live. “It is almost unusually well how they have been going,” he says with excitement clear in his voice. “Whenever you bring out a new album there is always that ‘get to know you’ period with the audience so a lot of the times when you bring out a new album you are kind of besieged with scepticism, but these tracks just seemed to fit right into the set and they have gone over really well. It has been really cool… we’re stoked. And it hasn’t just been one or two of them it has been all of them. Of course you can’t play too many because it bums people out but we’ve been playing four or five of them in each set and there has been no issue.”

Those four or five new tracks add to already impressive list of tracks that Lagwagon have to choose from when they are putting together a set-list, that added pressure is not something that is lost on the band. “I think there are so many elements to a set list – there are those songs that have really stood the test of time, there are some songs that you add from time to time that just become kind of staples and you just have to bring them out… I like to call them our hits because we don’t really have video hits so they are like what we like to call our live hits and they are automatic on the set list. Then the rest of the songs are just songs that we can tell work.”

Lagwagon are a band that knows how to put on a good show and if you are in any doubt take a listen to how Cape wraps things up. “We are so excited about coming,” he says. “The band is playing better than ever, which I know sounds like bullshit but it’s not, there is something going on this with this band at the moment… we are having a little renaissance period or something.” 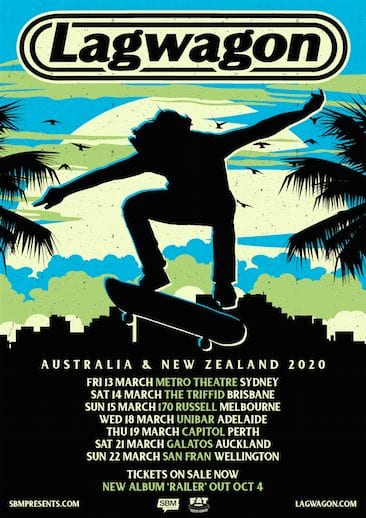