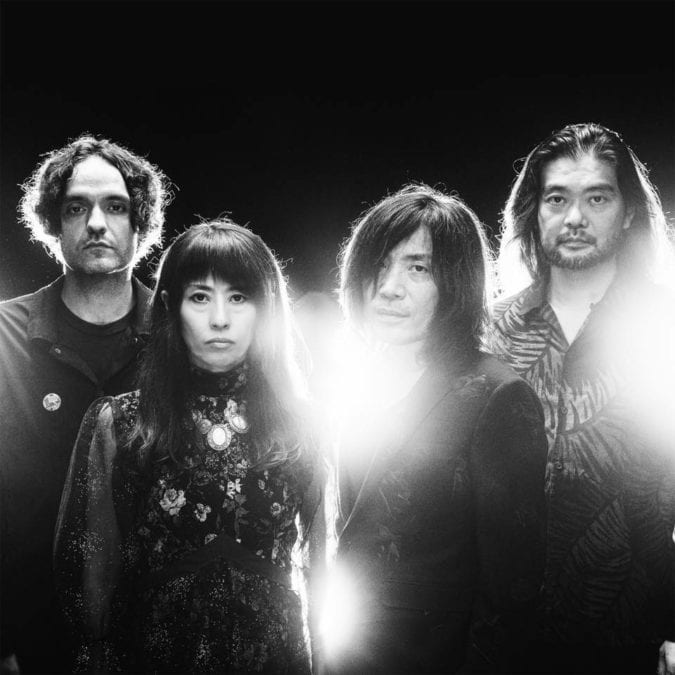 Japanese instrumental rock group MONO are in the midst of a world tour celebrating their 20th anniversary and now have announced they will return to Australia in March 2020.

The tour follows landmark shows in iconic venues such as The Barbican in London & The Regent Theater in Los Angeles. The band was also invited to headline London’s Meltdown Festival at the invitation of The Cure’s Robert Smith. Amidst all this, MONO released their 10th studio album “Nowhere Now Here” produced by long time collaborator Steve Albini.

“Nowhere Now Here” features the band at the peak of their powers, casting a wide net from pummelling waves of sound to the delicate and melancholy passages that they are beloved for creating. Having cemented their place amongst their post-rock and shoegaze contemporaries such as Explosions in the Sky, Sigur Ros, My Bloody Valentine and Mogwai, MONO are nonetheless peerless in terms of their incendiary live performances.

Returning once again to Australian shores, this tour is a celebration of the breadth of MONO’s career and will visit venues in Perth, Adelaide, Melbourne, Sydney & Brisbane. Joining as very special guest for all shows is British cellist and composer Jo Quail, who has toured extensively with MONO as well as featuring in Australia at landmark venues such as Melbourne Recital Hall & Adelaide Festival. MONO will reprise their acclaimed performance at this year’s Roadburn Festival with Jo as a special guest performer during a career-spanning 100-minute set.

Taka of MONO says “Australia has always been a special place for us, it’s going to be 3 years since the last time we visited this beautiful country. We’re very excited to share our music again with you all and celebrate our 20th year anniversary with all our Australian fans with a special set.  See you soon!” 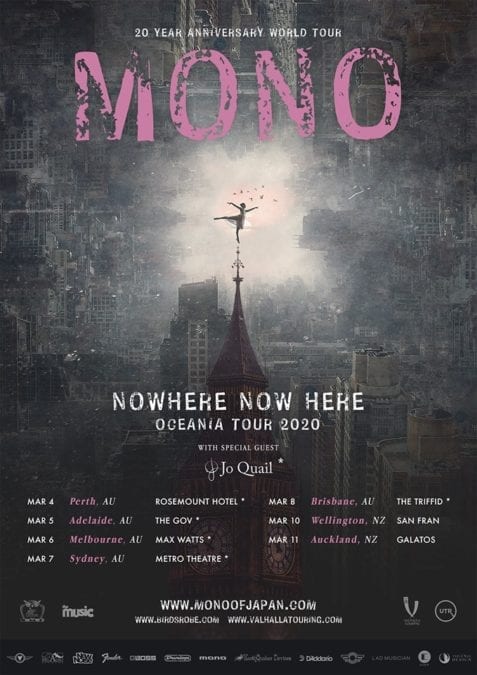 PrevPrevious.TAYLOR HAWKINS & THE COATTAIL RIDERS Release Album Title Track Single For "Get The Money"
Next.BRING ME THE HORIZON Unveil New Track And Clip – "In The Dark" Featuring Forest WhitakerNext