If you’ve been following the news out of the various U.S. and European film festival this award season you will have noticed that Danish film The Guilty has been receiving a lot of attention. Already winning awards at some of the major festivals the film capped it all off the film won the Audience Award at this year’s Sundance Film Festival. Now with the film already gaining attention in Australia after receiving an award nomination at the Melbourne International Film Festival it is set for a cinema release this month.

Directed by Gustav Moller (I Morke, Follow The Money) and almost single-handedly starring  Jakob Cedergren (Stealing Rembrandt, The Sweeney: Paris) the film tells the story of a police officer reduced to phone duties who receives an alarming phone call from a woman who tells she has been kidnapped and believes her life is in danger. He then has to piece together the information to find the woman and help her children all while stuck at a desk. HEAVY Mag caught up with Cedergren to talk about his strong performance in this gritty Danish thriller.

“My first thought was that was an absolutely amazing script,” says Cedergren when I ask him what his initial thoughts were when he read the script for the film and saw that it was a film with a limited location and pretty much just him on screen for most of it. “I thought this was one of those gutsy projects that you get once in a lifetime. I thought I was blessed and I wasn’t worried at all. If I had been worried at all I wouldn’t have done it. I found that I trusted the script and the project from the beginning. I was involved six months before the shoot and I knew that it wasn’t completely finished. But they (the filmmakers) were like ‘this is what we have right now and now we want to have you involved so we can have your input.’ It was all pretty much just polishing though, the character was already there and that was one of the other things that I really fell in love with. I thought it was great… I wasn’t scared.”

As our conversation goes on I ask Cedergren what it was like trying to form a relationship with the other characters in the film when it was all done through a phone line. “I didn’t really find it difficult because it felt like the script did it all for me,” he explains. “I just had to go with that and then I had Jessica Dinnage who is an amazing actress who just won the Danish Film Award which I think is the only time that a person not appearing on screen has won the award, so I mean she was great and it just felt like the whole thing became very natural. It was written like that so everything did end up making sense.

You can listen to our full interview with Jakob Cedergren on Spotfiy.

The Guilty opens in Australian cinemas on February 28th. 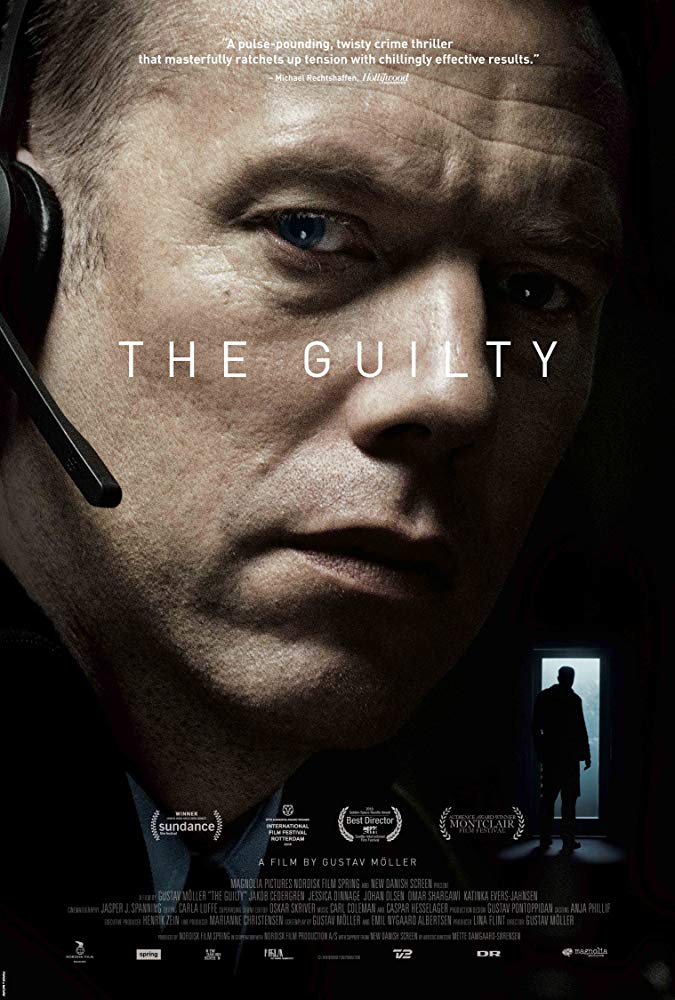