JACK WHITE: Fear Of The Dawn 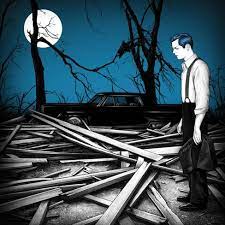 It has been around 8 years since Jack white blessed us with Lazaretto and it’s safe to say fans of Jack
White and fuzz alike have been waiting patiently for a new instalment from the Detroit rocker himself.

Although we were blessed with his acoustic album in 2016 “Jack white acoustic recordings” a memoir of
sorts to the more beautiful side to his art, it’s safe to say we have all felt something missing and only
after listening to this album it’s that I realized that missing piece was the loud, distorted fuzz of Jack’s guitar tone and his quirky, no fucks given writing style.

Jack will be releasing two albums this year with Fear of the Dawn being released April 8 and the second
album Entering Heaven Alive being released July 22 so our old pal Jack has definitely made up for lost
time. Whether it be the long break or a sudden burst of inspiration, Fear of the Dawn is nothing short of
a masterpiece. It has all the attitude and gusto you want from a Jack White album with a couple twists and turns that caught me pleasantly by surprise.

Hi Di Ho being one of those surprises after the first two fuzz bombs of singles starting off the album and
a third equally rocking track, you get Hi Di HO. it starts off with Jack wailing as if he was Cab Calloway
reincarnated and you are all set up for it to break into another insane guitar riff, but no, oh no no no,
you get greeted with a funky bass groove changing the entire atmosphere then out of the blue you have
Q-Tip start rapping. The smooth flow of his lyrics mixed with Jacks callbacks and guitar tone seem to
cover every flavor on the musical palette and for this I feel it is one of the stand-out tracks. Another left
of centre stand out track for me being That was then (this is now) a more up-tempo, dare I say fun track more reminiscent of early White Stripes.

I feel jack planned the track order out with a slick assassin’s eye for detail. As soon as you think you “get
it” and know what the album is about, he will throw in a funky, fun chunk of dynamite. Jack also has the sound dialed in perfectly the raw drum sound mixed with the heavily modified guitar tones he is famous for dance together in a ballroom of heavy psycho blues groove.

Within every song on this album you find little nods or homage to Jack’s past bands and projects mixed
together almost like he has compiled the best of what he has done in the last 30 years and perfected the quintessential Jack White sound.

Fear of the Dawn was well worth the 8 year wait and is definitely one of those albums you hit play and
just leave on without a single disappointing track, you will find the skip button getting lonely as we play
this gem of an album on repeat and patiently wait for the release of the second album Entering Heaven Alive in July and with that part 2 of this review, see you then.