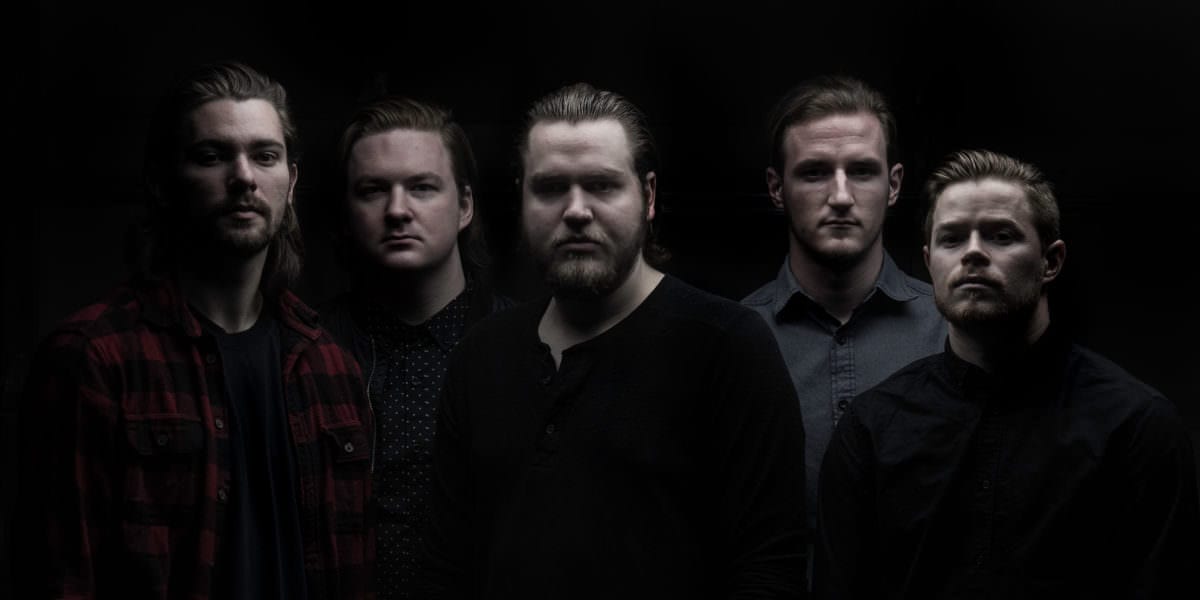 “Man, I’m feeling real good,” enthused Cody Quistad, vocalist for Florida-based, hardcore heavyweights, Wage War of their upcoming sophomore album, Deadweight. “I’m super anxious for sure. We’ve got three singles out from it right now: ‘Witness’, ‘Stitch’, and ‘Don’t Let Me Fade Away’, and the response to it so far has been beyond what any of us could have imagined. The record has been done for almost a year, so we are itching to get it out, and to think that it’s only two or three weeks away to coming out to the world leaves me pretty psyched. This is worse than Christmas (laughs).”

After the success of 2015’s Blueprints, the pressure was on to deliver for Wage War, and as such, Quistad said the selection process for the singles was a little more stressful than initially envisaged.

“Every song, I feel, is so different, so it was kind of like we had to… ‘Stitch’ came out, and it represents the heavy side of the record, but there are more heavy songs on the album that sound nothing like that, so it’s a case of… it was hard to pick singles: we really liked all of the songs, but they were so different. It came down to which is the most Wage War-sounding songs, and I think all three are good reflections on the rest of the album. The record is very heavy, but also very melodic, so I think between that we just found different ways to make all that happen between the songs. I think they are a very good representation of what’s to come on the album. Not that they are the only three good songs on there (laughs), but that’s what most of the material will be like.”

With the supposed sophomore album curse looming like a large shadow over the album, Quistad says there was no extra pressure when it came to setting goals for Deadweight.”

“As always, when a band goes in and does a record, you just want to one-up yourself every time. And we wanted to push ourselves heavy-wise. That doesn’t necessarily mean having more breakdowns or tuning low or anything but we wanted to be more creative, and we wanted to try some different stuff. ‘Stitch’ was a good example of that. There are breakdowns in the song, and I think it’s probably one of the heaviest songs we’ve ever written, but it’s nothing like what was on Blueprints. It’s got like a ’90s-esque nu-metal vibe to it almost. The lyrical flow is so much different, so I think we just wanted to challenge ourselves on that, and I feel like the album as a whole is probably more melodic than Blueprints because we tried some different stuff with vocals. There is a song on the album that has predominantly regular, clean singing and we just wanted to try our hand at that. It wasn’t necessarily a goal, it was just when the songs were being written, we wanted to flow with it, and some songs were like, ‘Hey, this doesn’t need a singing part, and there are other songs where we would say, ‘Hey, this sounds sick here.’ So just challenging ourselves to write the best songs we could I think were our overall goals.”

While they tried to experiment with a few different things for their second album, Quistad admits that Deadweight doesn’t differ greatly from Blueprints musically.”

“I would say… I’m not sure it’s a whole lot different in that it’s the same formula of riffs and breakdowns. However, I feel like it’s just new and more current. You can feel all of the inspiration that we have. A lot of Blueprints was written six years before the album even came out when we were just a local band playing some songs. And with Deadweight, within the last two years, a lot of the influences that we have now have come through more on the record. I mentioned a lot of the 2000’s and 1990’s vibe, and I feel like there’s quite a bit of that going on there. Current heavy bands that we like and look up to, I feel we really drew from them and really just all over. So it’s just a more current version of what we like and what we listen to pour into a record, but I think it could become a better record than Blueprints.”

There’s even a song on the album titled “Johnny Cash”, but Quistad stops short of saying the band has tried their hand at country music.

“It’s actually not,” he laughed. “‘Johny Cash’ is a very different song for our band. As it was being written, I knew it was going to be a standout, and I wanted the title to be a standout too, and I think when we were going through the different titles for songs everyone was a bit iffy on that and whether it was going to be a good choice or not. I guess we still don’t know just yet (laughs). I do listen to a lot of country music, and one of the things I really picked up on is that they will always reference the greats if you will. Guys like Hank Jr. or George Strait and Allan Jackson, so I wanted to pull that concept and shift it into our music. Johnny Cash is one who, whether it was his attitude or music, I feel like everybody looks up to him. Even in our metal subgenre, his influence is definitely there. So I wanted to pull from that and also have a statement. When we post about the album and see what people are curious after, the first thing they say is ‘Johnny Cash’ because everyone in the world is just like: What in the world is that? (laughs). I’m excited, I really am.”

While Wage War have been rightfully labelled a metalcore outfit, Quistad says the band makes a conscious effort to keep their music as outside of the box as they can.

“We try to keep our music as unlabeled as possible,” he offered. “Hardcore is a name that has been given to us, so that’s kind of what we roll with. We’re not gonna throw any fits on genres or sub-labels. We’re post-metal/grind, blah blah blah blah, but that has always been a thing with Wage War. We’ve never been about writing inside the boundaries of a genre, and I think that keeps us free as well. As I said, I think we’re able to push ourselves and do some things a ‘metalcore’ band would not do on this new record. It needs to make sense and flow together, but because we’re not sold on being a metalcore band, it’s not like we can’t have different things on there. It keeps us free, and it keeps us able to adapt and grow as a band because we’re not trying to stay within the confines of anything.”

In fact, Quistad strongly believes that these days far too much importance is placed on classifying music and shoving it into genres and subgenres.

“Definitely,” he stressed. “I feel like a lot of bands are shifting more towards being able to write freely and write what they want, and I love that bands are coming around regardless of what’s selling or what’s popular. I think bands are starting to do that, but I think it’s a waste of time and a waste of talent to try and write and cater to a genre or a select group of people. Music started as a form of expression, and I think when it becomes anything machine like or anything that is not genuine I think is when you lose touch with good music and what changes the world and ultimately leaves a mark.”

Before they were signed, Wage War settled on an old fashioned way to get noticed in the music world and sent actual singles to the label rather than rely solely on social networking. It was a direct approach that paid almost immediate dividends when someone at Fearless Records listened to the single and liked what they heard.

“There are a few other smaller details in there, but for the most part, it was just sending the songs to labels via email, and we heard back and started talks from there,” Quistad shrugged. “It was very old fashioned – band to A & R – which is pretty cool because that doesn’t really happen a lot these days. There are bands getting built and worked up even before they’re even released, so we appreciated getting stuck in and starting from scratch ourselves.”

As a result, the band received perhaps more label support than they would have otherwise, and as such, were able to do things more on their own terms.

“They just let us do our thing,” Quistad continued. “To this day that’s what they’ve been doing. Fearless is a great place for us, and they’ve helped us get on our feet and give us the tools that we need to accomplish our mission for the band. From day one, they have told us just to do our own thing, and it’s worked so far (laughs).”

Such is the success of doing things their own way; Wage War will be doing just that on Australian shores for the first time this September.

“Yes, it will be our first time there,” Quistad gushed. “We are extremely excited. That’s pretty much the place that ever since we’ve started touring we’ve all wanted to go to, and the fact that we’re coming now is going to be insane. We’re coming there with Make Them Suffer and Alpha Wolf for five or six shows, so get ready! We always try to be the best band that we can and bring a lot of energy and ultimately have a good time to our live shows. That’s pretty much all we want. We don’t care about kids beating the crap out of each other or anything like that. It’s about having a good time, and if you wanna raise your hands, raise your hands. If you wanna mosh, then mosh; if you wanna jump up and down, jump up and down. That’s what we’re about.”