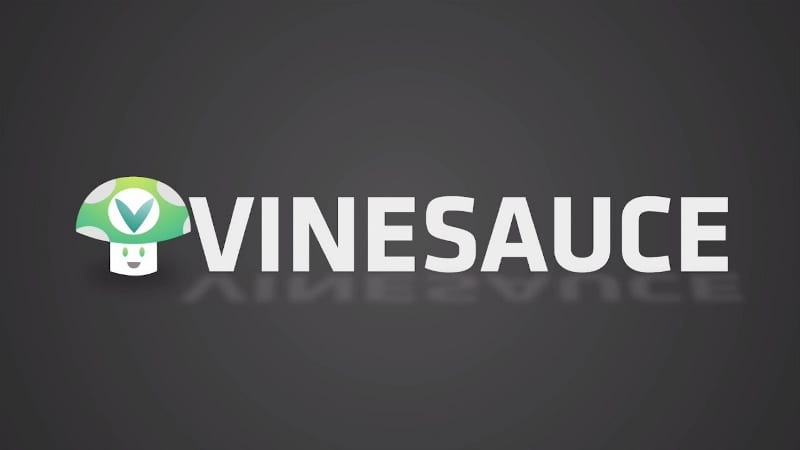 Musician, streamer, bogan, jabroni. Vinny Pizzapasta professes to be many things, but his life work speaks for itself. From Vinesauce, the Twitch.tv streaming channel that raised over $137,000 in its recent charity event to Red Vox – the band whose genius lyrics includes the eternal lines: ‘Vomit in the ball pit; step right in and drown in it’ – Vinny is known in online communities for his wit and deliberately crass humour.

As a long-time fan, I got in touch with Vinny for an interview, hoping for insight into his two worlds of video-game streaming and ’90s rock-inspired music. To begin, I asked him to explain his babies in more detail:

“Vinesauce is a couple of things. It’s my online handle and the name of my YouTube and streaming channel. Vinesauce is also a group of streamers that stream mostly within the same community. In the early days of streaming, having a group of streamers was a good way to maintain interest and keep the channel online longer. These days, with the way Twitch is set up, it’s not nearly as important to have a group. Despite us having and enjoying our own autonomy, we do still work together for our annual charity stream.

“Red Vox is a rock band I began with a couple of friends a few years back. I’ve been playing guitar since I was 18, and I love being in a band and writing songs – it keeps me grounded. The success of Vinesauce has had a huge impact on my life, but in the time I was focusing on streaming, I neglected music which was not all that good for me. Red Vox emerged out of a desire to focus my creative energy elsewhere from time-to-time, as well as share some songs with my audience. Some of those songs are about clown vomit, but others are earnest and mean quite a lot to me.”

To avoid confusion, we’ll focus on Vinesauce first, then Red Vox. Depending on your interests, you may wish to skip to a later part of the article, though both subjects are equally fascinating.

What led to your decision to become a streamer?

“Streaming was a relatively new medium in 2010. The largest audience I had seen for non-esports live streams was about 250. I was watching Monster Hunter Tri streams on Livestream around then and was fascinated by the instant audience feedback and interaction. I always had this weird desire to be a radio host of sorts, especially after listening to Art Bell on Coast to Coast AM for years. So, during my time watching these streams, I had a dream that I streamed Chrono Trigger (an actual dream by the way, not an idealistic one). When I woke up, I made an account on Livestream and streamed Chrono Trigger. My audio setup was terrible, and I had no idea what I was doing, but I enjoyed it enough to keep going and learned more along the way.”

What are your favourite games to stream, and why?

“I always like the classic Mario, Zelda and Metroid trio when it comes to streaming. I grew up with those games, and it’s fun to share my nostalgia of them with the audience. I also like streaming RPGs like Chrono Trigger, Final Fantasy IX and Skies of Arcadia. Knowing there are people watching who have never played them makes it even better for me, and I tend to go into detail when explaining the intricacies of the story and idiosyncrasies of the characters. Of course, streaming awful games is just as gratifying for me. The viewers love them and enjoy seeing me suffer through them. Bad games are easy targets for my commentary, as well.”

On the flipside, you play a lot of ‘so bad, it’s good’ games. What is your Holy Trio of terrible games?

“If I had to pick a Holy Trio of terrible games, I’d start with Limbo of the Lost: a game that stole so many of its assets that it had to be recalled after release. The voice acting is hilariously bad as well, so there’s never a dull moment… Actually, there are mostly dull moments, but the game rewards you well if you stick with it. Action 52 is another major offender. It was a $200 NES release boasting 52 games in one cartridge. Seems like a good deal except all the games are broken, under developed, make no sense, or a combination of all three. I frequently reference Action 52 when playing any large collection of games. Recently, I played an old DOS game called Wacky Funsters, a game that is anything but fun. It fancies itself a comedy game, but most of the ‘jokes’ fall flat and just comes across as a vanity project for the creator. The games in it are also laughably bad clones of classic arcade games, but with a wacky premise. It’s just an overall really painful game, and its sequel was just as bad. There are plenty more, but those are some of the worst of the worst.”

Your fourth annual Charity Stream raised over $137,000 – a similar amount to the fourth GDQ (Games Done Quick) event. What first made you want to stream for charity, and did you ever expect to raise such a tremendous amount?

“One of the Vinesauce streamers, Hootey, suggested that it might be a good idea to do a charity stream just over three years ago. We discussed the logistics of it as a team and decided that it would be good to use some of our popularity for good. The first charity stream was a learning experience, but the community was very receptive. Over the years, we’ve learned how to make it work better, and have picked up a lot of help. A lot of our audience contributes art and other assets to the charity stream. Many of our moderators help with the behind the scenes stuff months in advance. This year, a couple of our more technically minded mods helped make the charity even more streamlined and professional. We didn’t expect to raise over $137,000 but were extremely gratified to have done so. Events like ours and others prove that the streaming community can sometimes put aside differences and work together for a common cause. It’s encouraging to say the least.”

In recent years, with the rise of e-sports and other big streaming events, gamers have become much more relevant in the public sphere. Charity events like GDQ and Vinesauce Is Hope has improved the lives of thousands of people, partly due to the efforts – and dreams – of people like Vinny.

My questions concerning Red Vox were, admittedly, much simpler, but Vinny – ever grounded – made up for my brevity with deep, thorough answers:

Do you see Red Vox as intertwined with Vinesauce and its sense of humour, or as its own, entirely separate entity?

“Red Vox is mostly a separate entity from Vinesauce. The streaming is me improvising nonsense while playing games live. The music is well thought-out in advance. One song could gestate for weeks before we’re happy enough with it to record it, and that’s just the music. Lyrics can sometimes take longer. The closest to the Vinesauce sense of humour we’ve come as a band was our 5-song EP Blood Bagel. After our first album, which was mostly serious, we wanted to have some fun and do dumb shit. So, we recorded an old song called ‘Fuck; and the rest went from there. It’s a somewhat conceptual comedy album about vomit in a ball pit, butts, and being tired of love.”

What are Red Vox’s musical inspirations?

“Musically, Red Vox pretty clearly has the DNA of early 90’s rock. There’s also a health dose of psychedelic rock in there. Bands like Radiohead, Queens of the Stone Age, Nirvana, Wilco and Pink Floyd immediately come to mind when I try to classify our sound. Our upcoming album, Another Light, definitely has a lot of more Radiohead influence as I was listening to a ton of Moon Shaped Pool. I’d also like to think that we’ve found a bit of our own sound on Another Light. Our first album, What Could Go Wrong, was us dipping our feet back in the water. That album was mix of old songs and new songs, some dating back ten years. For the new record, almost every song is brand new except ‘Reno’, which was completely reworked. There’s was a lot of musical variety on What Could Go Wrong. ‘There She Goes’ was influenced by The Cars, ‘Job in The City’ was our attempt at the Talking Heads style, ‘Atom Bomb’ was a combo of Tame Impala and Nirvana, etc. For Another Light, there’s variety, but also I think a more recognizably cohesive glue holding the songs together. The songs will sound like they’re part of the same album. Lyrically there’s also a core concept that shows up in each of the songs.”

I finished the interview by asking about Vinny’s dreams: what he’d like to achieve in the future. I wasn’t sure what to expect here: whether he wanted Red Vox to become famous on a mainstream level, or earn more money in future charity streams… His answer surprised me:

“‘Dreams for the future’ is usually interpreted as some external thing that could be achieved to bring happiness. I think I’m learning that no matter the level of material success or popularity, you still have to find your own happiness and be able to live with yourself when you’re not being showered with praise. I’ve achieved a lot of the things I set out to do, and many more good things happened without any planning or expectation. That said, the thing I want most is to be able to live fully moment-to-moment, and to be fully present and cognisant of my decisions more often. It may come across as hippy, new age nonsense, but from that state, a lot more opens up. Quelling inner turmoil is a good start if you want to spread that outward and change external shit. Or something like that. Okay, fine, here’s a more concrete answer: I’d like to continue streaming the games I like how I want to stream them with no interference from the services I stream them on. I’d also like to continue the success of the charity stream and raise even more money next year. Finally, it would be great if even more people connected with our new Red Vox album. I think Another Light says of a lot of important stuff for me and I hope it resonates with other people, as well. Of course, my most important dream for the future is that Metroid Prime 4 is an incredible, mind blowing game that makes it worth the wait.”

You can check out Red Vox on Bandcamp and Vinesauce on Twitch.tv or Youtube.