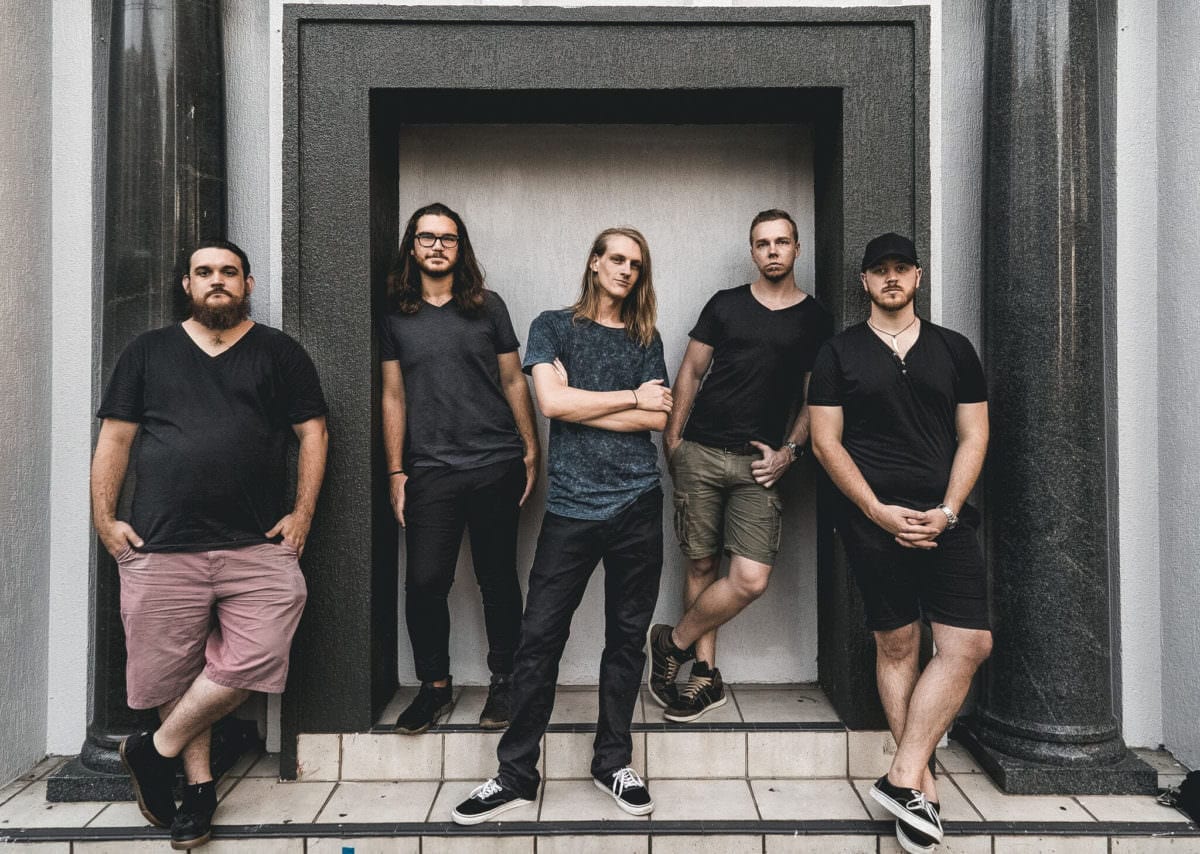 Rumbling on down Australia’s east coast, The Stranger are on a roll. As they tour their self-titled debut album, the Brisbane natives are getting swamped with positive reactions to their sound. “This tour we’re on right now, it’s our first time out of Brisbane,” says the band’s guitarist Kalen Austin. “We’re trying to win over some new fans but we’ve been finding we’ve been doing that just about every night, we’ve been getting excellent responses from the crowd.

“The more of these shows we play, the more confident we become, the better it translates and the better people respond to it.”

When a new band go out on tour for the first time, the excitement is always at its ultimate, the possibilities are endless and outcomes are unknown – and The Stranger are certainly excited and they certainly have endless possibilities and potential ahead of them. Well, actually they’re slumped out in their hotel room in Byron Bay, waking up to the morning of the gig from the night before, so really breakfast is what’s ahead of them. But where most bands would be groggy, unused to the travel and late nights and early starts, The Stranger seems to be unaffected by the random schedule. Austin bubbles away as he discusses the spark in motivation this tour has given the band to begin their second album and to get an even larger tour happening. “So this album has been finished for a while so these songs that we’re playing even though the public are hearing to them for the first time, we’ve been listening to them for years, so we are very, very ready to write some new stuff.

“Once the tour’s over we are going to go back into writing mode and try and get another album out as fast as we can. We’ve already got a bunch of material that we’re hoping to flesh out into fully fledged songs and it’s already sounding pretty awesome. We’re very, very ready to move on, but that doesn’t mean we’ve over the songs we’re already playing.”

Even though The Stranger has been sitting on this release for some time, its insertion into the metal netherverse at this time is perfect and all the hype surrounding its release only serves to give the songs new life and the band a renewed interest and energy when it comes to their execution. “And that’s a really important thing,” says Austin, “Because when it’s just the four or five of you guys hearing these you’re just in a little bit of a bubble and as soon as people start to hear them and give you a little bit of feedback, tell you things that maybe you haven’t thought of, it really does breathe a new life into the songs and revitalises our love for them.

“It’s been really excellent and it’s something we’ve been looking forward to for a long time purely because we worked so hard and we just wanted it out there so yeah, all this is very, very awesome.”

Musically, The Stranger have all the energy of power metal elite Dragonforce and the care of arrangements of Scandinavian metal – it’s an interesting blend of sources, and perhaps its unity points to The Stranger’s hope that they’ll be the band to create a demand for the style within the scene. “It’s interesting you say that because mostly we’ve found ourselves fitting more into the progressive genre – we’ve got the longer songs that go up and down in dynamics and a few different styles in there. There’s definitely a couple of bits throughout the album where there’s some power metal coming into it, I can’t deny that growing those were the sort of bands I was listening to but for the most part, we’ve found ourselves fitting more in the progressive scene.

Austin does admit, however, that his perceptions of his own writing will, of course, differ to the listener’s – he’s cool with that, he says. “To be honest the way the music goes, none of it is ever planned, it all just happens organically. All we can really do is keep writing the songs we think are good and hopefully, we get a response out of it. I think more than anything as long as the songs are honest, it matters less what genre people perceive them as and the album is decent – I think that’s what people are going to respond to more than anything.”

And respond the people do – with only a handful of performances remaining on this tour, Austin’s bandmates prompt him in the background to plug those dates – it’s a cacophony of indiscernible and sleepy voices with excitement slowly growing in their tones as they’re alerted to their own cause but one thing is certainly obvious among The Stranger. They are ready, prepared and the epitome of hardworking and enthusiastic.