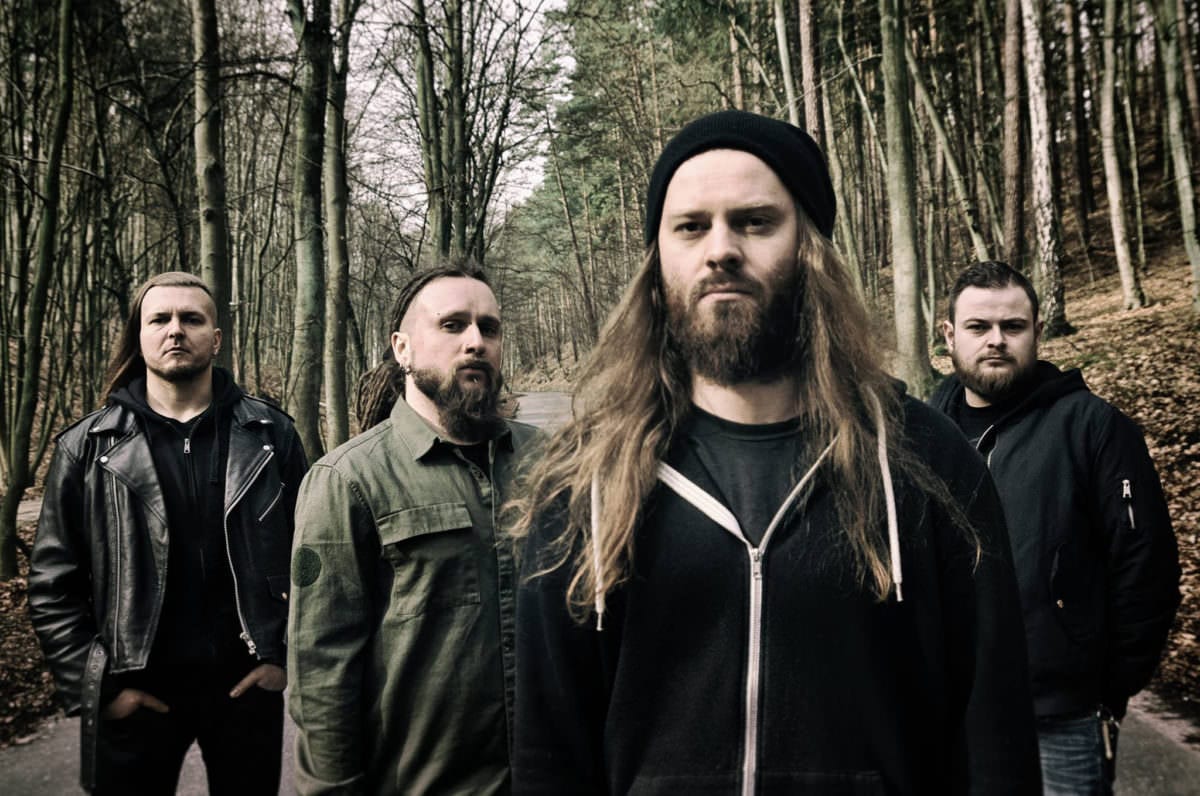 Generally one doesn’t associate the sensibilities of heavy metal with boyish excitement, but given the opportunity to discuss the new album from Polish slayers Decapitated, Waclaw ‘Vogg’ Kieltyka is like a kid at Christmas. Vogg is ready. He is so ready for the release of the band’s seventh album, Anticult. “I’m very excited and really happy that we have this new album coming out soon,” Vogg rattles off, “It’s ready, it sounds great, it’s good times, good times – I can finally rest!”

Not quite, Vogg, you still have to talk to the likes of me about your new material. “It’s not hard to converse with people about the songs,” he laughs. Though his English is rather broken, Decapitated’s enthusiastic guitarist speaks with plenty of eloquence when discussing his band. For this release, Decapitated have taken their death metal trademark and condensed it, opting for a shorter release and approaching seventh heaven with what felt right and without overthinking. Such force and brutality as Decapitated create, in actively preparing shorter album fans may wonder that the band may have restricted themselves from releasing more awesomeness. “38 minutes, which is the length of the album, is still a long time and enough time to represent a lot of ideas and everything,” says Vogg. “It’s still enough. I had riffs for the new album because they didn’t fit for the album, but maybe those riffs can be made for next album.

“That was one of the main goals, to don’t do a too long album. To listen metal for 40 minutes I think it’s enough, especially in Decapitated music there are lots of things going on all the times – every song is different and has a different style and there is a lot of riffs going on.”

Despite the elongation of several of the album’s tracks – ‘Never’ is six minutes in length alone – it seems that the intention for Decapitated is to punch people in the ears as quickly as they could to leave them stunned before moving on. Laughing, Vogg says, “When I make a riff, when I make a music, I just try to focus to have a good riff, good music that people feel good when they listen to it. The main idea when I create music is to satisfy myself. The band members need to be satisfied but we challenge ourselves, we need to be sure we have good material to release.

“I was very lucky, I always didn’t feel that kind of stress that other people were listening later and what they [would] say or something like that – I always try to focus on the best music I can make and if I’m satisfied, I’m sure there are lot of people will like it. It looks a bit like on the other level this song called ‘Never’ has artistic beginning, slow down beginning, a nice guitar sound, remind that you have fast picking kicking in to their face riff… I don’t know, we just move forward with the song and try to add riffs that fits together and go for good extreme kind of music.”

Indeed, no artistry has been sacrificed with Anticult despite Decapitated’s apparent relaxed approach. Vogg maintains that the thought placed on the album came about subconsciously, association and meaning only evolving as songs were completed. Tracks like ‘Earth Scar’ in particular developed several ties as it came together, metaphorically, geographically and socially. “It’s about metaphoric about us as a band,” he says, “That we are the people travelling all over the world, so we make this scars all over the earth, all over the planet, and we are kinds of nomads all the time travelling and visiting different cultures, different people, different countries.

“And it’s the connection that we take something from those cultures, that the other cultures are taking something from us, that we knew each other after visiting them and it’s a very positive meaning of the song, meaning of the lyrics. It’s different lyrics aspect compared to the rest of the album – I think the video is really good corresponding with this lyric and it’s all metaphoric and symbolic thing going on now, this nomad guy, we are like nomads in the band, we are the people that live on the planet earth not just in our hometowns.”

It’s a wonderful sentiment, one that sums up the very essence of Decapitated throughout their careers. In Decapitated’s 12-year history they’ve never shied away from the metal horizon, producing something in their music that would appeal to every kind of heavy metal lover. It does beg the question though, whether the scenery on the horizon is ever set to change. “You never what future will gives you,” says Vogg, “Just before releasing new album and I don’t think about creating new music right now but I want to start creating new music soon, I don’t want to wait too long.

“I just want to keep going. I love the guitar, I try to find time to jam and creating some new riffs and I want to do it pretty soon. First I need to rest after this album because it takes a long time – almost one year to creating and then few months to record and mix so it was pretty, makes me tired. Of course, we wanted to do as much shows as possible for promotion Anticult album. Till this end of the year I will be quite busy with this shows and after that, we always looking to play as many shows as possible and we have right now the chance to do that, we have lots of new songs to play and I can’t wait to play these new songs live. Next plans for the tour is just promoting the new stuff, making interviews and I don’t know, trying to sort out life!”