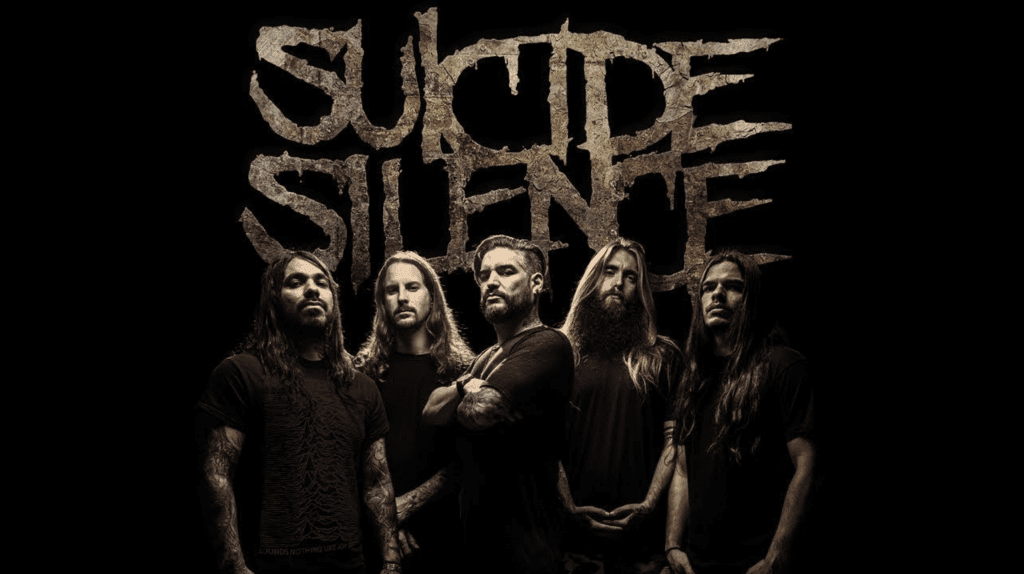 “It was a fucking dream come true,” Eddie Hermida says, right before soundcheck in Dallas, Texas.

That’s how the frontman remembers sitting in a car with Lamb of God’s Randy Blythe for two days, driving up the coast of California to take snaps for Suicide Silence’s new, self-titled record. Already a nostalgic run, that road trip was even more special for Hermida, relating, “I basically got to peer into who he is and where he comes from.”

“It really made me feel solid about everything, because of his acceptance of who I am as a person and artist… It spoke above words. He really respected the work ethic and how deep we were willing to go to follow our dreams because that’s all he’s doing. He wants to be an artist for the rest of his life, and he’s been able to go outside the box and write a record that has a bit more melody than we’re used to hearing from Lamb of God.

“The guy has suffered and he’s chosen the higher route. He’s a very well-spoken person and maintains that level of integrity because he loves everybody so much. He’s battled with his alcoholism, come out a victor in his health and he’s very stern about how he runs his life. But he’s also very much Randy Blythe from Lamb of God. He’s funny, a really on-point musician who loves punk rock and metal, and he’s going to keep it alive for the rest of his life. That gave me so much inspiration and hope.

“So when I was riding with him, it was this dream state I had already lived before, but I was able to soak it in. I would listen to Lamb of God in my living room when I was 20 years old, wondering about what I was going to do in music, and that moment was everything I dreamed about.”

As for where Suicide Silence are right now, they’ve continued to redefine the boundaries on their fifth record with producer Ross Robinson [Korn, Slipknot]. While many fans have been scathing so far, Robinson particularly takes this in his stride, calling for listeners to turn that passionate negativity into something creative.

Hermida identifies with this, musing, “I would say the moment for me is when I wake up in the morning and read the comments, and I’m able to look past it. To see the love instead of the torment.”

“It gives me the power and proves that what I did was so real and intent of pulling the veil off the Internet, off people’s vices and their safety nets. That was the biggest fuel for this record. Are we really hateful people? No. We have pets and cuddle with our girlfriends, and we all have a really soft side. So just because the music sounds uncontrived and brutal, it doesn’t mean that it’s not heavy. I utilise all the hatred from before, and I’m going to use the hatred from today into tomorrow.”

Hermida’s lack of expectations for the album is a new yet rewarding experience. Reflecting on setting the bar high on his previous releases, he admits, “I think that method has always let me down.”

“When you sell 15,000 records the first week which is huge in today’s day and age, you take it for granted because it doesn’t share the same number that a band would’ve sold back in ’95. So I know that record sales have been plummeting and shows have been less attended, and there’s no foreseen hope for this world.

“That’s why we chose to write a record like this that’s not quite pop or straight deathcore. It’s meant to be an artistic expression, which is godforsaken these days. How dare a band try to express themselves from the heart? It’s sort of taboo, which made us dive further into that craziness and lifestyle. It’s like, ‘What have been doing for the last 10 to 15 years? What is our goal?’. The goal is to fucking serve the music.

“People tend to forget that we’re just five dudes in a band,” he laughs.

Hermida’s mood turns sombre as he reminisces paying homage to former vocalist Mitch Lucker on the previous record You Can’t Stop Me (2014), and upholding his legacy after he was tragically killed in a motorcycle crash. Suicide Silence marks the band’s first real statement as a new unit, and Hermida says, “It rings very deeply for me.”

“When I first joined the band, we knew already the steps we had to take. We couldn’t go and dive off of Mitch’s death. We couldn’t pay homage to his passing by completely negating our sound because then kids wouldn’t understand that we’re still the same band. The most important message on this record is that we’re not afraid to make drastic changes because the core is still Suicide Silence. That’s what people are failing to understand. The amount of passion that we put into this band is untouched. It’s more because somebody died because we had to suffer through the loss and pain of getting up every single day. It’d be so easy for all of us to give up and be like, ‘It was music that did this to us, so fuck music’.

“We’re hungrier. We want to destroy our bodies and continue giving. So this record is a statement to the core of who we are, and that’s why we knew that taking a leap of faith like this was necessary… The proof for the fans is in the live show. If you’re a real fan, you know that our live songs go across way better and more intense than anything on record.

“We cut ourselves and let that blood soak right out of us into everybody else’s veins, which is what makes us the best band in the fucking world. All the bands that claim that don’t come through live. They don’t give you those chills or make you have a religious experience. I’ve seen people close their eyes and start crying to the heaviest music that we play, and that’s happening on this record too.”

Ultimately, being in Suicide Silence has been a constant challenge. Having been a professional musician for 10 years and on both sides of the band – touring with Suicide Silence previously as part of fellow deathcore group All Shall Perish – Hermida asserts, “It requires you to be your absolute best”.

“That’s not to say I wasn’t my best in my previous years. But you always have to be able to look at yourself and go, ‘Okay this is flawed, and this is how I’m going to fix it’. So at no point do we ever feel like we’re really achieving everything we’ve ever wanted, because there’s always more. I’m not talking about the outside world at all, but the depth of our music and live performance.

“Those two things are number one to Suicide Silence, and being on both sides of the spectrum, I’ve always been able to understand that and push myself in every aspect of everything I’ve done.”

Experience the quintet pushing themselves yet again on Suicide Silence, available here: http://www.nervegas.com.au/?rf=kw&kw=suicide+silence 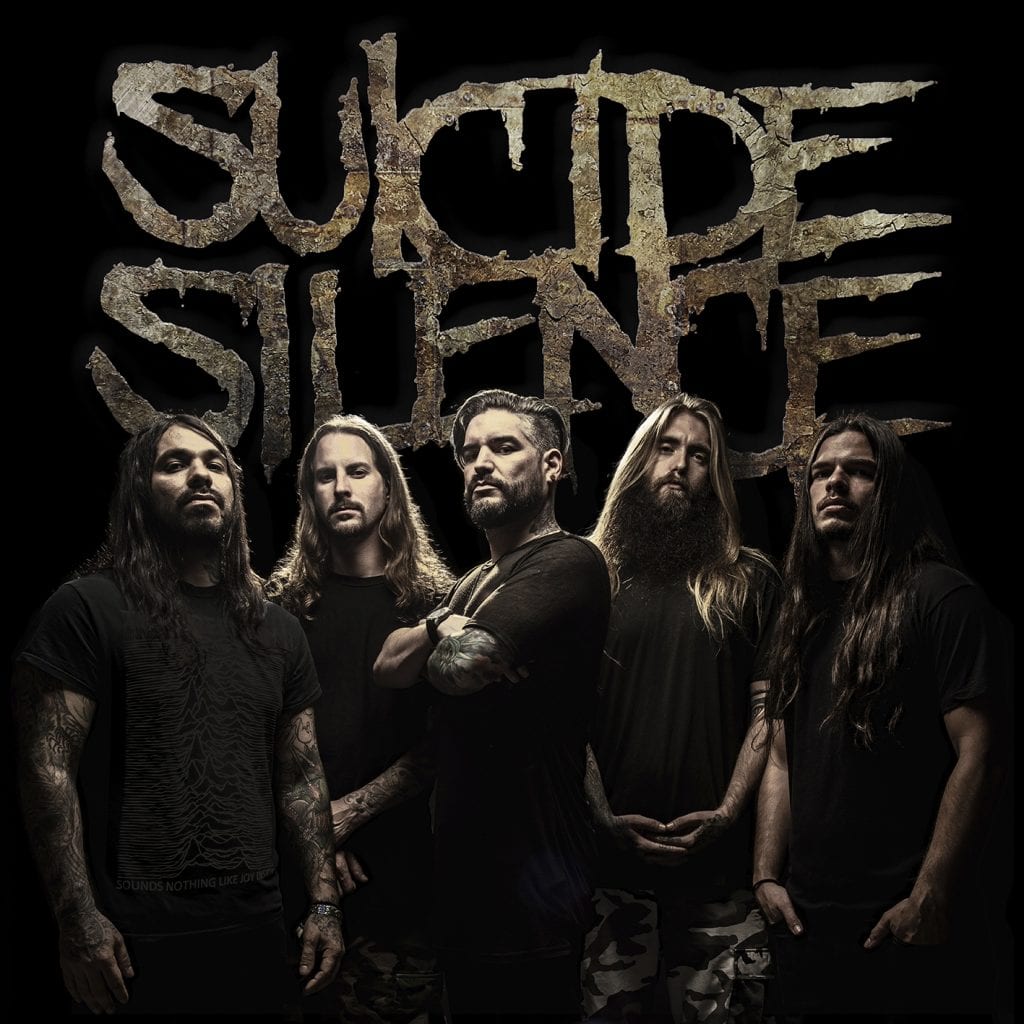