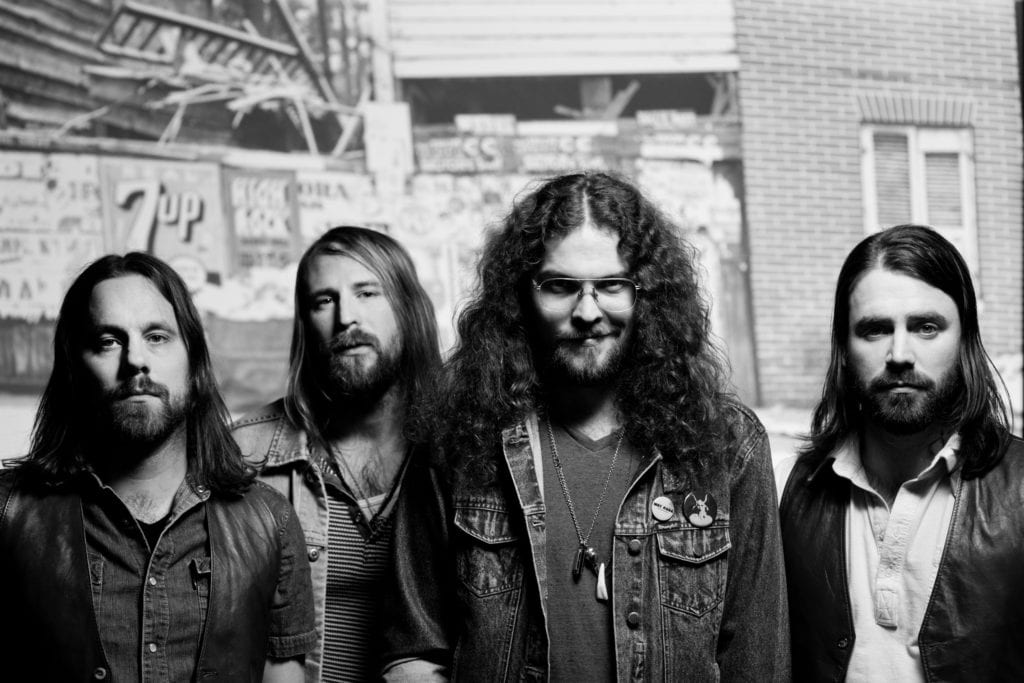 Suitably accompanied by his high-speed freight train guitar riffs that echo his band’s colossal slogan ‘DON’T FUCK WITH THE TRUCK’, guitarist Jeremy Widerman is all set to embark upon a headline UK tour with his band Monster Truck. Currently sporting a high-ranking resumé of touring companions, you may have seen Widerman headbanging with the same vigour of an Angus Young bobblehead on tours with the likes of Nickelback, Guns’n’Roses and Black Stone Cherry. Whilst still in the midst of touring with Billy Talent, Widerman recently graced Facebook Live with the euphoria of a kid in a rock’n’roll candy shop to spread the news of an impressive run of dates with Deep Purple on their upcoming ‘The Long Goodbye’ tour.

However, this is not the first time Truck and Purple have collided. “We did a small run of shows with them here in Canada a few years back and I think it was a really great fit, especially since they are one of our key influences”, Widerman wistfully recalls. And when stars collide, there’s usually a meteoric bang… “Its funny that we’ve come so far since then. The shows we did with them a long time ago were some of the biggest shows we had played up until that point and they somewhat kicked off the beginning of us opening for massive and legendary bands like that”, muses Widerman.

Nonetheless, Deep Purple was a catalyst for Monster Truck in a time prehistoric to these initial shows, when Truck were but an embryo in Mama Rock’n’Roll’s petri dish. “The main thing we wanted to bring to our music, in the beginning, was the thick and distorted organ. It was something not a lot of bands do these days and it’s such a cool and unique vibe”, Widerman noted upon discussing Truck’s Deep Purple roots. It’s perhaps this unique vibe that are turning many legendary heads towards Monster Truck, and Widerman certainly doesn’t want to become a cookie-cutter band anytime soon. “We are always attempting to shift things up a little while at the same time staying true to what we started. Probably the toughest thing is finding a happy medium between the two”, Widerman alleges.

Whilst touring with Herculean bands such as Deep Purple could prompt an unquenchable thirst for touring with every living legendary artist etched into the archaeological record of rock music, Widerman has other ideas. “We did a short run with the Rival Sons and I think it’s something that we would like to do again someday. It’s amazing to tour with legends of rock, but with the Sons, it feels more like a family of new/modern rock bands that are pushing forward with something new in the face of a dwindling interest in rock music,” Widerman enthuses. “It feels like a noble battle to keep this kind of music moving forward in the right direction.”

And a noble battle it certainly is. Yet, whilst interest in rock music may be fading, Widerman’s 2016 tour comrades Nickelback posit (with tongues firmly in cheeks) that everyone wants to be a rockstar. Subsequently, a sour paradox exists whereby noble mutineers like Widerman fight for an extended expiration date of the foundations in which the highly misused ‘sex, drugs and rock’n’roll’ rockstar formula is built upon. “I think the idea of [being a rockstar] is definitely glamorised to the point where everyone thinks they want to be one. The reality is something quite different”, Widerman warns. “Although I wouldn’t trade my work or life for anything in the world, it is certainly not a job for everyone. It’s part nature and part nurture where you kinda have to be brought up into it and you kinda have to be built for it naturally.”

But is the concept of ‘rockstar’ all but a mirage seen through the last ounce at the bottom of a bottle of Jack Daniel’s? “Perception is reality”, Widerman states with the same conviction that social psychologist Dr Philip Zimbardo may exert upon debating this topic. “I think under the right circumstances anyone can feel like [a rockstar]. Sometimes standing up in the karaoke bar and really killing your favourite song can evoke that sensation. Everyone certainly deserves to feel that way at some point in their lives.”

So now that they’re firmly standing on the shoulders of giants, Monster Truck are way past the base camp of their journey to the top. “I feel like we are currently in what I refer to as the ‘Bonus Round’”, Widerman professes. “It hasn’t made me try any less or care any less and we are certainly still pushing to make great records and work our asses off, but we are so much further and have done so much more than I ever expected that everything that comes from this point forward is icing on the cake.”

Monster Truck are tenaciously climbing their way up the ranks, with not a bump in the rickety road of rock’n’roll in sight. But what becomes of someone who gets in their way and recklessly ‘fucks with the Truck’, just as their merchandise advises against? “Nothing. We’re harmless”, Widerman confesses.

To buy gig tickets and get your hands on Monster Truck’s latest album, ‘Sittin’ Heavy’, head to http://ilovemonstertruck.com

Catch Monster Truck on tour with Deep Purple in Europe: