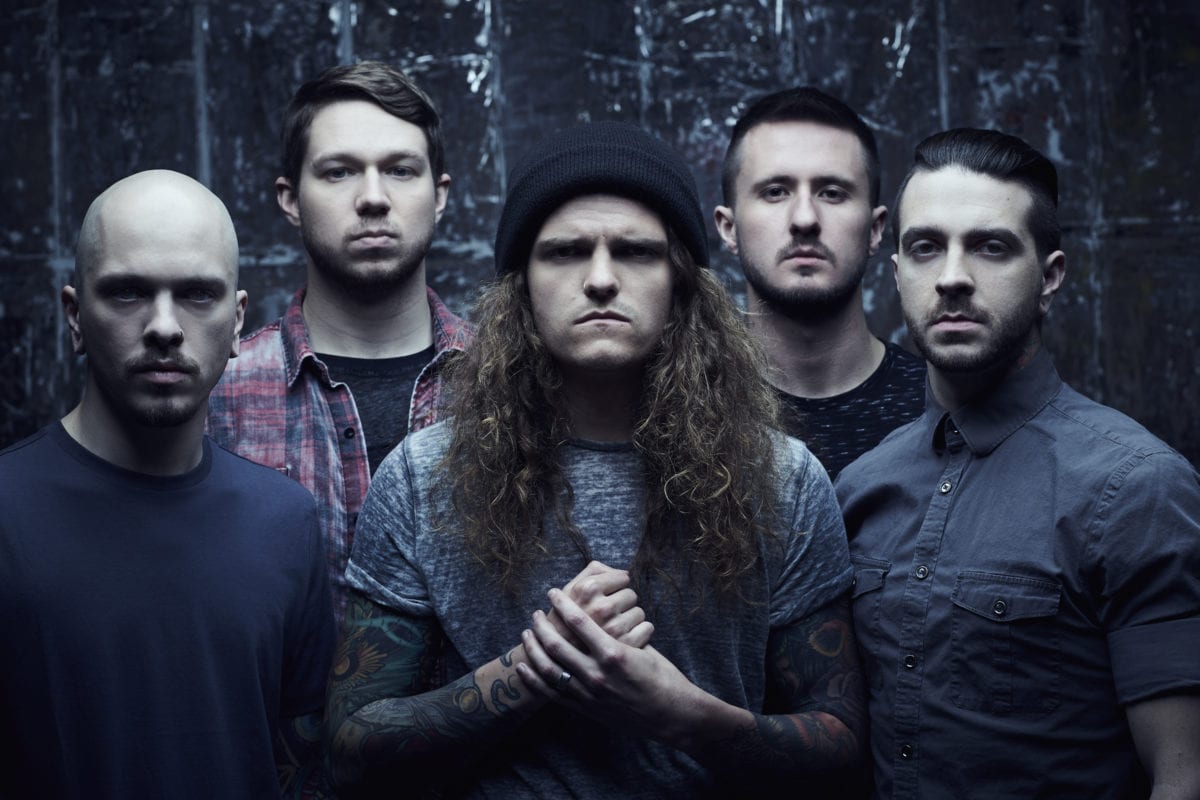 Excuse me, Miss May I

Listen to the interview with Ryan Neff of Miss May I

An Interview with Ryan Neff, Miss May I

The last few years have seen Australian hardcore fans fall more and more in love with American band Miss May I. It is hard to believe that it has been five years since the metalcore giants graced our shores when they joined forces with the likes of Metallica at Soundwave. Since then Australian fans have fallen in love with their albums which have included Rise Of The Lion, Deathless and this year’s sleeping giant – Shadow’s Inside.

Well now Miss May I are about to hit Australian shores again and Heavy Mag decided to sit down and have a chat with lead singer Levi Benton who we very quickly learn is very excited about their tour of Australia. He quickly admits that despite the success of Shadow’s Inside the band still don’t realise just how many Australian fans they have. “I don’t think we really realise it,” he says laughing. “Because we haven’t been down there for a while it is really hard to judge from tweets and Instagram and everything. I’m thinking it is going to be crazy though. There is a lot of anticipation but it won’t be real until we get there.”

When I spoke to the band earlier this year they were very nervous about how Shadow’s Inside would be received by the public but now all that concern has gone. “Oh man, we feel like a whole new band,” says Levi. “The team behind me and just the whole sound, it all feels so elevated this time around. Everything from the ground up is completely new, nothing was there from a past record – not even the people that worked on it, even down to the team and the instruments everything is brand new on this record. It’s been great because we have just been focusing on this new record and not on past classics or anything like that so it feels like a whole new life… which is great because that is how our fans have been receiving it as well. They predominantly want to hear Shadow’s Inside which is great because we feel as a band that it is great that our fans are accepting it and want us to elevate as well. It has just been a pleasure all round and I just can’t wait to see where we can take it after this.”

Levi also says that the tracks from Shadow’s Inside have been going well live as well. “This is the first time where we have had fans requesting tracks from the new album,” he explains. “We’ve been playing back-songs from the album, tracks that aren’t singles, and we have never done that with old records but we are doing it with our new record. It’s insane that we are playing tracks that aren’t singles off a new record and people are singing along and losing their minds… it is such a great feeling. We’ve never had that before.”

“It is terrifying,” says Levi when I ask what it is like as a band playing a new song live for the first time. “You have to be pretty strategic where you put it in the line-up. You can’t play two new songs side-by-side and you don’t want to open up a set with it. The cool thing is though when you get to the end of a song that nobody has ever heard before and the crowd are going off their heads then you know that you have a good new song, because we have had a couple of new songs that we have played and there has been no response so we’re like ‘oh wow we are going to have to wait until the video comes out or something.’ That’s when it is a lot harder and you know there is trouble.”

With it being such a long time since Miss May I came to Australia Levi says he is so excited to get here now. “This is probably the most anxious I have been before a tour ever,” he says. “It just feels like I want to be there. We’ve been practising and rehearsing and I’m like whatever I’d rather just be there… I can’t wait. At the moment it is 20 degrees here and freezing so I’m ready for that Australian summer. I can see my breath here right now, so I am more than ready.”

The band that Miss May I are touring with this time is Sylar and I ask Levi can he tell me a little bit about them seeing they are relatively unknown in Australia. “Yeah, we’ve been friends for awhile,” he says. “Pretty much before anybody even knew they existed and they were just a local band in New York. One of our friends introduced us to them when we were touring and they were just kids, it had to be about four or five years ago, we stayed in touch but nothing really came of it and then they got this deal and they released an EP and a record and it is amazing, they have this really dark, rock/nu-metal sound and it is amazing. I love it because they have their own theme and their own look and it is the real deal, they’re from New York and they know how to present themselves. To top it all off they are just the coolest dudes. It’s been really cool to know them since they were a local band and now take them the furthest away from home that they have ever been.”

I finish the interview by asking Levi what Miss May I are planning on serving up to their fans. “We haven’t been there since 2012 so we will play some tracks that we haven’t played in a long time,” he says. “We’re certainly going to have a very special Australian set list which we have been rehearsing so we don’t screw it up. We’ll have stuff from all over career and of course tracks from Shadow’s Inside… this really is the best show that we have been able to deliver to our fans so we are excited about coming.”

The Miss May I tour kicks off on the 20th November. PrevPrevious.Interview with BEN AFFLECK & GAL GADOT on Justice League
Next.“‘Made of Breath Only’ is our ‘…And Justice For All'” – sleepmakeswavesNext