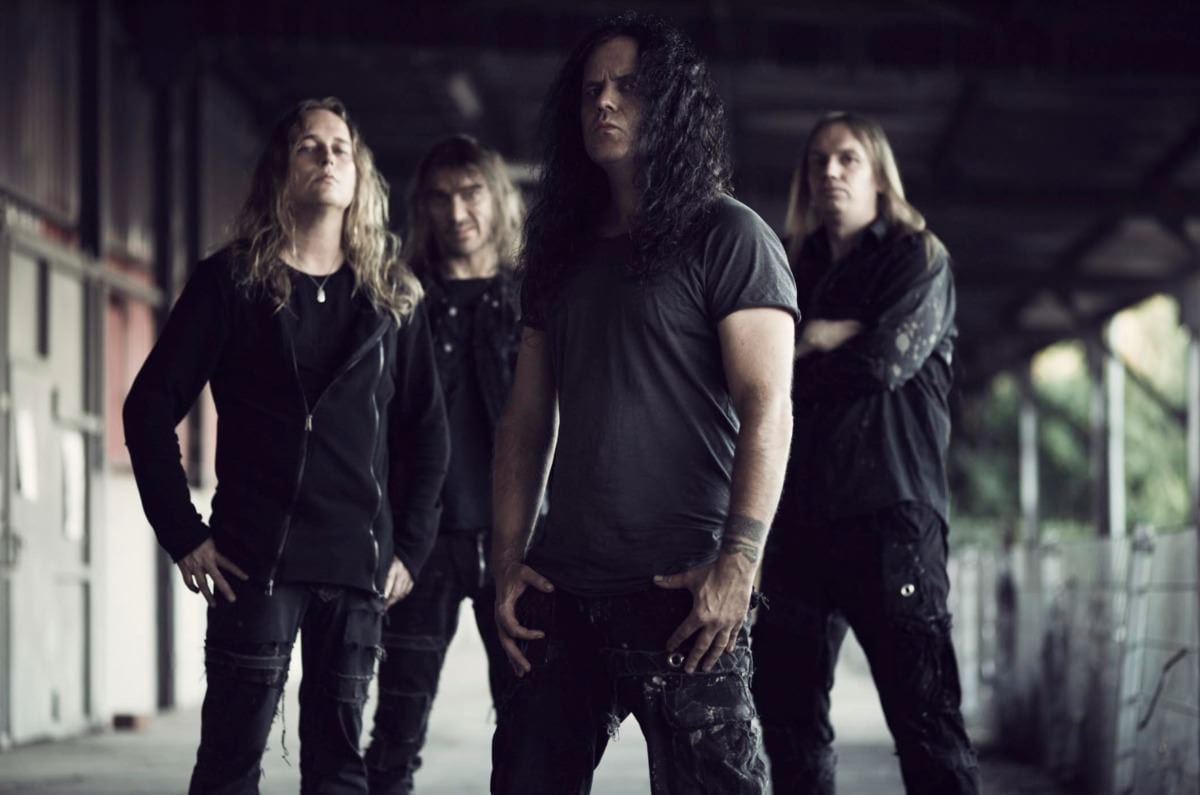 “You can expect a night of total brutality, violence, energy and A LOT of metal,” beamed Kreator front man Mille Petrozza on their upcoming Australian tour in September. “We’re bringing Vadar with us, so it’s gonna be a pretty special night of entertainment.”

After a career spanning fourteen albums and over thirty years, it is understandable that selecting material for a setlist is one of the hardest pieces in the touring puzzle.”We figure something out,” Mille laughed. “Of course, it doesn’t get any easier, let me tell you that much. We’ve got a new set list that pretty much covers everything that we’ve done with Kreator. Almost every album, almost.”

“We figure something out,” Mille laughed. “Of course, it doesn’t get any easier, let me tell you that much. We’ve got a new set list that pretty much covers everything that we’ve done with Kreator. Almost every album, almost.”

Another underlying factor that comes into calculations, particular for a band with such a diverse taste of musical spectrums, is making the setlist flow in a continual motion.

“We try to select songs that make it an experience,” Mille countered. “The set list works in a certain way when you go in. You start the concert, and to me, a great set list feels like one elongated story. Once we start, there are only a few spots in the set where we stop so it’s just like one extra long song. That lasts for an hour and a half and to get into this nice flow is a deciding factor in how we select songs for the set list.”

This year’s album Gods of Violence proved emphatically that there is life left in Kreator’s legs, with a powerful opus of traditional thrash metal that was extremely well received by both fans and the media.

“Were we surprised? No, we worked hard on this album,” Mille replied. “To be honest our fans liked the material so for me that is the key. If our fans thought it sucked then we would have a problem. Of course, it’s a nice bonus to have all the critics and media get into it as well. Nowadays in the metal world, the media people are also fans, so it’s a win/win situation.”

When Kreator started in 1982, they were part of a thrash metal revolution that also included Destruction, Sodom and Tankard. Although the world had their Big 4 with Metallica, Megadeth, Slayer and Anthrax to many this second wave was equally important, earning them regard as the leader of Teutonic thrash metal and inspiring a new generation to strap on the battle axe and smash the strings. It was an important time in music and particularly thrash metal with the world being swept along by the youthful enthusiasm and talent of a generation of upstarts.

“We just wanted to be a heavy metal band when we started,” laughed Mille. “From the very first days of Kreator we wanted to be like Iron Maiden, Judas Priest, Raven and all these bands that we grew up with and we were trying to be like them. Later on, we developed our style and took it from there.”Such was their exuberance, Kreator recorded their debut album

Such was their exuberance, Kreator recorded their debut album Endless Pain in just ten days, barely taking the time to master the finished product before testing it on the open market.

“It was all new,” Mille enthused. “If you think about it we were a band that was not even playing many shows back then. We went into the studio, and it was all very professional, and we were overwhelmed by the technology first and foremost, and it was just great to be in a studio. It is a great experience for any band who goes into a studio for the first time. Maybe nowadays when everyone can buy a studio at home it’s different, but they don’t get to go to an old fashioned studio with a Star Trek console there. That made a huge impression on me back then.”

In a problem that swept the entire music culture in the early 1990’s grunge music became popular almost overnight and saw many of the fledgling thrash bands fade into obscurity. It was a movement which was unyielding and hugely successful, and Mille says Kreator learned to adapt to the changing times and altered their approach slightly with mixed results. They released the album Renewal which moved away from the thrash influences that had served them so well and experimented with more of a death metal/industrial sound.

“It just felt right at the time,” Mille shrugged. “If you listen to the Kreator back catalogue you can feel it. Every album is almost like a photograph of how we felt at the time, and that’s how it should be. A musician should always do whatever they feel happy with, and when we recorded Renewal, that’s just what we wanted to record. That’s the album we wanted to do.”

That wasn’t the only time that Kreator felt the creative urge to explore new territory. They tried their hand at speed metal, thrash metal, industrial and death metals, refusing to be pigeon holed into a genre and adding spice and variety to their music as much for their self-discovery as to appease fans.

“There’s no measurement or conscious decisions involved,” Mille countered. “We just go for it. We write new songs and every time we write a song of course during the 1990’s we were very experimental. We were exploring new technology. We were exploring new territory, new vibes and new feels in music. I think it’s a necessity to experiment to find your sound and we never had that when we started the band. We were still in school and teenagers, so I guess it’s just natural for any band and every musician who takes their music seriously and is passionate about it just to explore.”

That period of experimentalism came to an abrupt halt in 2001 with the release of Violent Revolution which returned Kreator to their familiar thrash tidings.

“It was a great moment in the band’s career,” Mille agreed. “We got Sammi in the band, and the vibe was there, and we were all excited about what was ahead of us, so we just went into the studio and did it. There was not much thinking behind it involved really. That was possibly one of the best moments in Kreator’s career.”

Despite influencing a multitude of bands and being pioneers of a musical revolution that continues unabated today, Mille says himself and the rest of the band members don’t have much time to reflect on their achievements.

“I just don’t think about things like that, to be honest,’ he shrugged. “I think what we do is… I mean it’s nice that we have influenced other bands to start their bands and that’s how it was for us when we first started. When we started the band, we were influenced by other stuff, so it’s nice to be in that position ourselves. We don’t think about it too much, but it’s nice.”