THE GETAWAY PLAN But There’s No Escaping 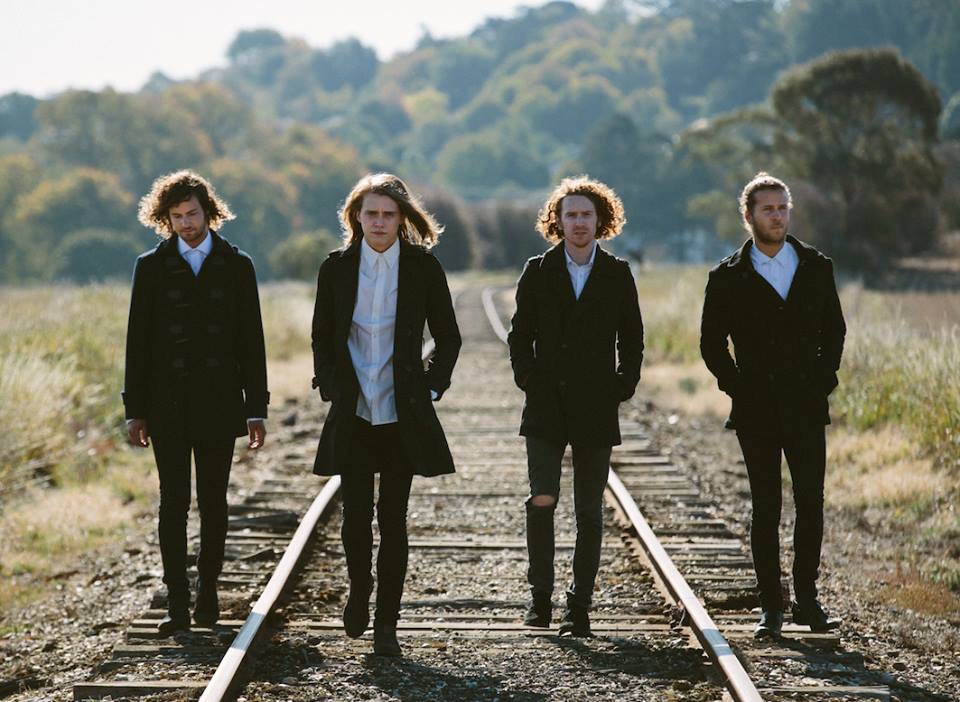 “It’s nearly been ten years,” laughed Matthew Wright, lead vocalist, pianist, and guitarist for Melbourne’s The Gateway Plan about their upcoming tour performing their 2008 debut album Other Voices, Other Rooms. “We kinda jumped the gun a little bit. It’s sort of like a ten-year anniversary thing, but it’s only 9.7 years since we put it out (laughs). We’re itching to get out there. At the beginning of the year we played at Unify Festival and played the album front to back; we didn’t wanna leave too long of a gap between doing that and doing the tour.”

When recalling the thoughts and aspirations going through the minds of the fledgeling band during the process of making the debut album, Wright admits the young, aspiring musicians were a little out of their depth.

“Honestly, at that time, man, we were so young that the only thing we cared about was continuing to do what we were doing,” he shrugged. “We just loved playing and having the opportunity to live a life that was led by music. The fact that we still get to do this is something that we don’t take for granted.”

That youthful naivety and determination filtered through to their music and Wright acknowledge that self-belief was a primary reason for their future success.

“I think it was more blind faith more than anything,” he laughed. “We just closed our eyes and hoped for the best. We have a very special energy in the band as far as songwriting goes. It’s a healthy process, and I think having done it for so long we’ve worked out all the kinks of being in a band in general which has helped us maintain what we do.”

In an unusual move for a band in their infancy, The Gateway Plan elected to record the album in Florida with James Paul Wisner who had previously worked with The Academy Is…, Dashboard Confessional and Underoath.

“At the time, we just couldn’t find anyone that was on the same page as us in Australia,” Wright explained. “We spent a long time looking for producers, but nobody really saw eye to eye with us. As soon as we started talking to people overseas, we realized it would be more suited to us to go and find someone over there. It was definitely a risk. At that time, again, we were just closing our eyes and saying, ‘fuck it, let’s just go for it’. We had a label backing that record which obviously is what made it possible. We were really lucky. We were lucky to have all of the opportunities that were given to us early on. Without them, we wouldn’t have been able to make it the way that we have.”

Not only did they have to contend with being in a foreign country working with people they had never met before, but The Gateway Plan also had to deal with cramped living conditions in an unsavoury part of America in a situation that Wright admits galvanised the band but also exacerbated existing problems.

“It made us stronger in many ways,” he nodded, “but spending that much time with each other… (laughs) We were trapped in a one bedroom fucken motel room in the middle of nowhere. It was like bumfuck Florida. It was a dangerous area, and we had four annoyed, sweaty dudes in that small room all the time. We did surprisingly well, but that’s not to say we didn’t have a couple of tiffs here and there.”

The Gateway Plan took off in a big way after the release of Other Voices, Other Rooms, but rather than cement the band and their position in the music world the seeds had already been sewn that led to a premature disbanding of the operation in 2009.
“Man, everything just happened so fast for us when we started,” Wright recalled. “We finished high school, and within a year we were touring eight out of twelve months of the year, so it all came on so quickly, and things kept growing and growing and getting more and more intense, and we decided to pull the pin before we burnt out. We needed a chance to regroup and check our heads I guess and just learn how to be normal humans for a little while, which we did, and we were able to come back and continue a lot healthier than we were before.”

In hindsight, Wright concedes that the members were possibly too young to experience and sustain the lifestyle on offer.

“Yeah, for sure,” he agreed. “We were too young and not prepared. You go from being this little punk band playing in your room to having radio play, and then you’re on the fucken Big Day Out tour, then you’re doing all these massive tours, and it can be hard to grasp.”

Given that the band officially announced their reunion in November 2010, just 21 months later, Wright points out that being away from the spotlight helped them rectify any teething problems they had been experiencing.

“It was just the fact that we all learned the tools to continue doing it in a more healthy way,” he mused. “Before we had just said yes to anything that was thrown in front of us and sometimes that doesn’t always work out the best when you’re left feeling a bit shitty about what you do, and you’re left questioning what you do. Now we’re a bit more picky with what we do and agree to do. We don’t like doing shitty things anymore (laughs).”

Over the course of three albums, Other Voices, Other Rooms, Requiem and Dark Horses, Wright says the sound and direction of The Gateway Plan has undergone a few transformations but maintains they have at times been unavoidable but have always been for the betterment of the band.

“We have changed leaps and bounds over the three albums,” he replied. “I think because there was a break up between the first two albums that was huge for us musically. We all went away and were doing very different projects to what The Gateway Plan and coming back from those we took influences from everything we were doing and brought it on board. For the next record again we had a lineup change, so that was another thing that completely changed the dynamics. With those things that are the reason, things have changed so much. That and the fact that we’re lazy pricks and don’t release records quickly (laughs).”

With that in mind, Wright surprisingly has positive news regarding a follow up to 2015’s Dark Horses.