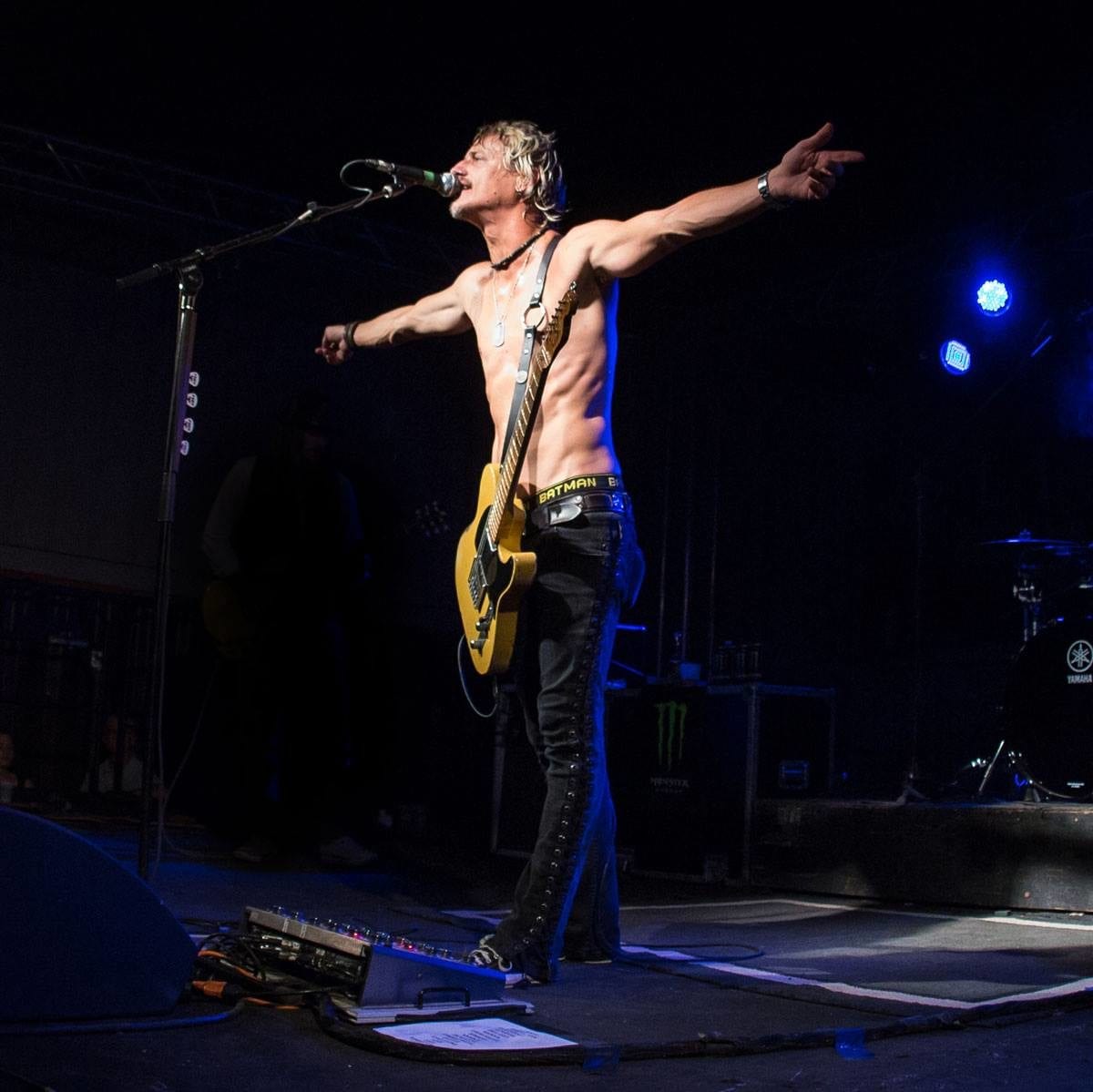 It is hard to believe that it has been 20 years since Fuel‘s debut album Sunburn was released, spawning hit singles “Shimmer” and “Bittersweet” and etching the band into the history of rock music.

To celebrate, Fuel will be bringing their Sunburn 20th Celebration Tour to Australia in December, with vocalist Brett Scallions saying the band is pumped to be coming back to our shores for the first time in 17 years.
“We’re gonna do the bulk, if not the entire album,” Scallions enthused. “And then we will play some stuff off the other albums as well so get ready man, it’s gonna be a good time.”

While reproducing older albums in the live arena can sometimes be difficult given that the band usually doesn’t entertain the thought of one day having to play it back from start to finish during the recording stage, Scallions says Sunburn is almost tailor made for such an occasion.

“With that record, in particular, when we were making it we were trying to keep in mind the live show and how to get away with everything,” he explained. “So it’s pretty much a two guitars, bass and drums driven kind of record. It’s fairly easy for us to walk onto any stage and play that album so there are no worries with that.”While “Shimmer” was the standout track from that album, it is a little-known fact that that song had been kicking around before the band was even signed, and had already garnered Fuel much success on their local radio station.

While “Shimmer” was the standout track from that album, it is a little-known fact that that song had been kicking around before the band was even signed, and had already garnered Fuel much success on their local radio station.
“That song has been with us for well over twenty years,” he revealed. “It was a song that was done on our early demo. Before we were even signed to a major record label we were one of the number one most played songs on our local radio station. We were living in Herzberg, Pennsylvania at the time and they were spinning our song more than most of the major label songs that were out (laughs) so that really helped to catapult the band and give us the opportunity to become what we are now. That song has been in the catalogue for a long time – at least 23, 24 years now.”

Scallions admits to holding a special place in his heart for ‘Shimmer’, not only because it was their first hit, but also because the meaning behind it is something that resonates with people from all walks of life and social standings.
“That song is about a relationship,” he offered. “A person that was once in your life and then you kind of split up a little bit and then there’s a time when you reconnect and there’s the idea and thought of what if. What if we had never separated from each other? Where would we be now and would our lives be better? I think that a lot of people can connect and relate to something like that. Maybe that’s why that song has been so popular over the years.”

Entering an unknown marketplace with an untried sound, in the early days Scallions says Fuel was just simply trying to find their niche and at that stage had no expectations or plans.

“I think the ultimate goal was just to make the best record we could,” he reflected. “We were lucky enough… one beautiful thing about making Sunburn was pro tools and things like that were just getting started and when it came to making that record we weren’t thinking about trying to go digital and things. We wanted to make an analogue record so we did the entire album on two inch – which is something that barely happens these days – so I feel very fortunate and lucky that I was able to make a full-length album on two inch like that. With that said, when you’re making and tracking a record on two inch you either get it or you don’t (laughs). You can’t fix it later. There isn’t the option of editing it later to fix any blemishes or make the drums sound better or tighter. It’s either you play it right or you don’t get it right so it was a bit of hair pulling at the time to try and get things right but we finally did it and I think that we made the record that we were hoping to make.”

Although settling nicely into a groove in the modern music age, when Fuel first came out they were somewhat of an unknown commodity. Their music was catchy and rock influenced, but it was also part of a new wave of music that was sweeping the entire music world.

“Grunge was a very popular thing still when we were coming out,” Scallions recalled, “but there was this new thing that everybody was calling alternative and we just kind of fit in there – like a hand in a glove so to speak – so we got tagged in with that. Some people would even go as far as to say we were one of the pioneers of alternative music but I think we were just in the right places at the right times and we had the right music for the situation. You have to be fortunate and lucky and we were both.”

The album Something Like Human followed, spawning the hit singles “Hemorrhage (In Your Hands)” and “Bad Day”, followed by Natural Selection which featured “Falls On Me” before the unthinkable happened. In 2006, Scallion parted ways with Fuel and while the band tried valiantly to continue with a replacement vocalist there was no way they could replace the voice of such classic songs.

“Sometimes when you live together day in, day out for years and years you’re gonna get under each other’s skin and you’re gonna disagree on things and situations become frustrating and not fun,” he recounted of the split. “I felt like I was at a point where I needed to step away from things and reassess my life and what my priorities were and what I wanted to do so I stepped away. I didn’t really… after I left Fuel I didn’t really do anything for at least a good year and then I started jamming with some friends out where I lived in New York City. I started finding my passion for what I wanted to do again and with writing music and with being creative. I jumped into a project – and I wasn’t even the lead singer, which was a really nice thing for me. It was nice to take a back seat for a change so I was just the bass player. It was a band called The X’s and then not long after that, I started singing again. I was performing with Ray Manzarek and Robby Krieger from The Doors and we were doing the entire Doors catalogue and they taught me so much. Just the freedom of being on stage and watching each other and following each other and not knowing when the solos were gonna be done. Not knowing when it’s gonna be time for you to sing the next verse because it would all be a matter of looking at each other and giving the nod and saying here you go, here it comes (laughs). That was a lot of fun jamming with those guys because you just never knew… you always had to keep an eye on each other to know when the transitions were gonna happen.”
The split lasted just four years before Scallions rejoined the remaining members to reignite the Fuel name and music, with their fifth album (fourth with Scallions on vocals), Puppet Strings released in 2014.

Since then the band has been content to reconnect with their fan base and tour, but Scallions reveals that plans are underway for the next album.

“Yes, we’ve got some ideas floating about,” he confirmed. “We’re just wrapping up the Summer tour of the States and then I’m gonna go home and take a little break and sit in front of my pro tools rig and try to flush some of these ideas out. I will call on my boys and have them swing by from time to time and work with me on some things and get ready for some new music for next year.”

While admitting to not having thought of what direction the new music will take, Scallions did reveal that it might not be in the format that people expect.

“No, I have no idea,” he laughed at the musical direction. “I’m just gonna take it day by day, song by song and just try to write some great music. I don’t even know if I will necessarily do a full-length album per se. In this day and age with the climate of the music industry, I think it’s better to just do a few songs and release them and put them out there and do the same again. To do a full-length album… I don’t know if I have the strength right now (laughs).”