“That’s one of those things that I try not to even think about,” dismissed Against Me! drummer Atom Willard when asked how the band manages to stay relevant in the modern music world.

“I feel if you start trying to make new music that’s trying to fit in with what is happening today, and that’s your intention, I don’t think it will come off as genuine. It’s not gonna be something that is really your thing. If you are listening to and being influenced by music and that starts to show itself in your own then I think that’s a different thing; it’s like a natural progression. I’d hope that as long as we all have good music taste then we’re gonna make music that’s still relevant because what we like and what we love to listen to is obviously going to manifest itself in our own music.”

With their seventh studio album, “Shape Shift With Me”, being released last September, Willard says that although the feedback has been positive, the band have not had much of a chance to road test the new material on their fans.

“It seems like it’s going really well,” he said of the response. “We haven’t played nearly as many of our own shows as we have played shows with other bands. Headlining shows are really where you start to see your own fans and their reactions. Probably about 25% of the shows we’ve played since it came out have been our own shows, everything else has been things like opening for Green Day plus we went on tour with Bad Religion and that’s not the best way to gauge things. You get a shorter time to play and you can’t play as many new songs. The response that we’ve got has been good so I’m cautiously optimistic (laughs).”

Unlike many bands, Willard says that Against Me! don’t really set themselves goals for their albums, preferring instead to allow natural creativity to flourish.

“Oh man, goals are a tough thing to put on yourself when making a record,” he stressed. “From my experience, I never want to say this is what it should be. I want it to kind of show itself. I want it to make itself known over the course of the songwriting and recording so as we were writing the songs and as things are coming together more and more it was like it was really a travelling record. It was about being in different places and being lost and found and lost again, that kind of stuff but that wasn’t the intention, to begin with. We just wanna write good music, that’s what it comes down to ultimately.”

Willard came into the band in 2012, replacing current Slipknot drummer Jay Weinberg. Not only did he have to go through the usual trappings of joining an established band, he also took up the skins around the same time vocalist Laura Jane Grace came out as transgender and began her transition. It ignited a period of uncertainty for the band that was only stifled when the groundbreaking “Transgender Dysphoria Blues” was released in early 2014.

“There was definitely a lot of things going on and a lot of things changing,” he said of his early days in the band. “Ultimately it was just a period of growth with me coming in. The other guys had years and years of experience with each other and I had a fresh attitude on everything. It’s easy for me to be optimistic and like, ‘oh, this is gonna be great, nobody’s gonna worry about it’, just whatever to keep the spirits up and that sort of thing but it was a period of growth that I’m really happy with where everybody stood up and came through the other side.”

While being an extremely personal journey for the band, and in particularly Laura, being in a high profile band inadvertently drags even the most private of situations into the public spotlight and Willard agrees that it was no longer just the music that was being scrutinised.

“I’m sure there are people out there that will never look at Against Me! the same way again,” he sighed, “and that’s sad. The amount of positive support and positive feedback from old fans and new fans alike was amazing. It just doesn’t matter to them. Anyone who went away from the band because they couldn’t deal with Laura’s evolution there’s really no loss there. The new fans are so heartfelt and so supportive and passionate about everything because the band and her lyrics have helped them through something or because they think they can be in a safe place when they come to one of our shows. Whatever it is I imagine we have those types of fans anyway. The thing is, Laura is the same person she’s always been. Everything is written the same way. It’s always been from her heart – she just wears her heart on her sleeve – and it’s all out there in the open and none of that has changed. It’s still very much the same band it has always been.”

While much of the world has embraced technology and the ever increasing ease of producing your own music, Willard feels that the true essence of punk music has been lost a little in the process.

“I’m pretty passionate about the whole punk scene,” he defended.”In this age of computer and recording and the way that people really just… dissect and nitpick and go over every tiny little detail in the recordings it’s like you take away the human element and it takes away the human energy. So ultimately when you listen to many of my favourite records from bands like The Clash or any band before 1998 when you put on their record there are mistakes on it. There are little glitches and little things that just aren’t perfect but that’s part of the character. I think as people become more accustomed to that perfect sound or that perfect moment in time that is a digitalized version of whatever that music is, it just becomes soulless. It doesn’t have that thing that holds you and you don’t know why but I can almost guarantee that it’s because it’s been completely manicured.”

It’s not only the way that punk is being recorded that has raised Willard’s ire but also what the genre stands for in the modern climate.

“What is punk rock?” he asked. “Is it because you play fast or have a Mohawk or wear spikes or have tattoos? For me that has never been the essence of punk rock. What is the essence is speaking out and doing things that not necessarily are very political or serious but as long as it’s something that isn’t part of the norm and it’s against the grain and it’s against the bulk of what society is doing. It’s like you are a rebel, you are a punker, you are doing something that is outside the normal and Laura’s lyrics and Laura’s whole approach to the way she stands up for what she believes in; the way she puts that to music and the melody and everything else it’s such a true stand up for what you believe in type of moment. That’s what keeps you coming back again and again. It’s just true and genuine and is really against so many parts of society and so many things that are wrong today and actually saying something about it.”

WEDNESDAY 3 MAY – THE TRIFFID, BRISBANE
Tickets available from thetriffid.com.au 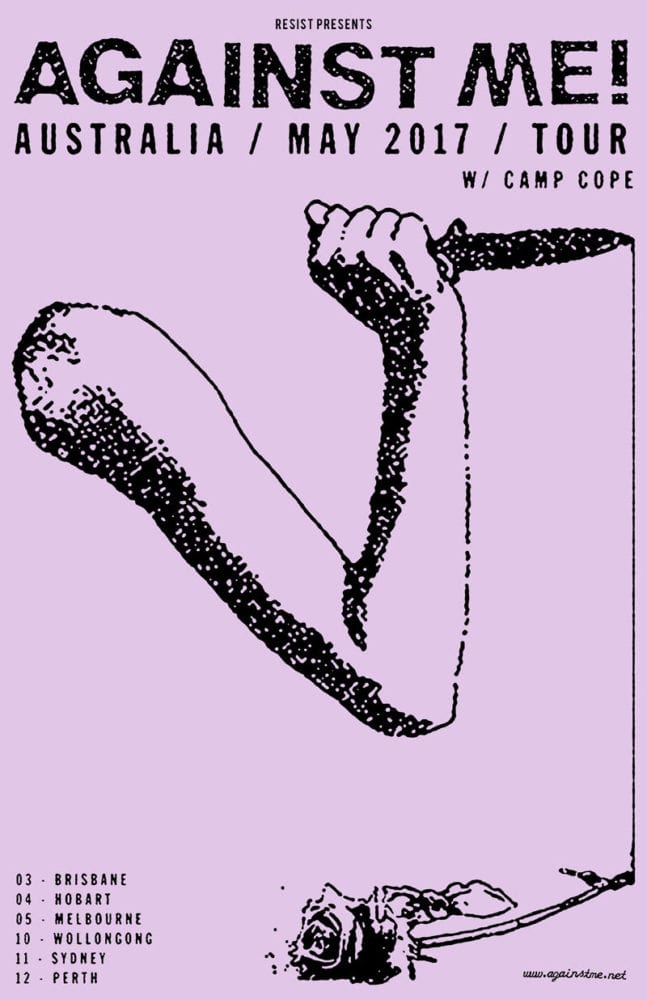 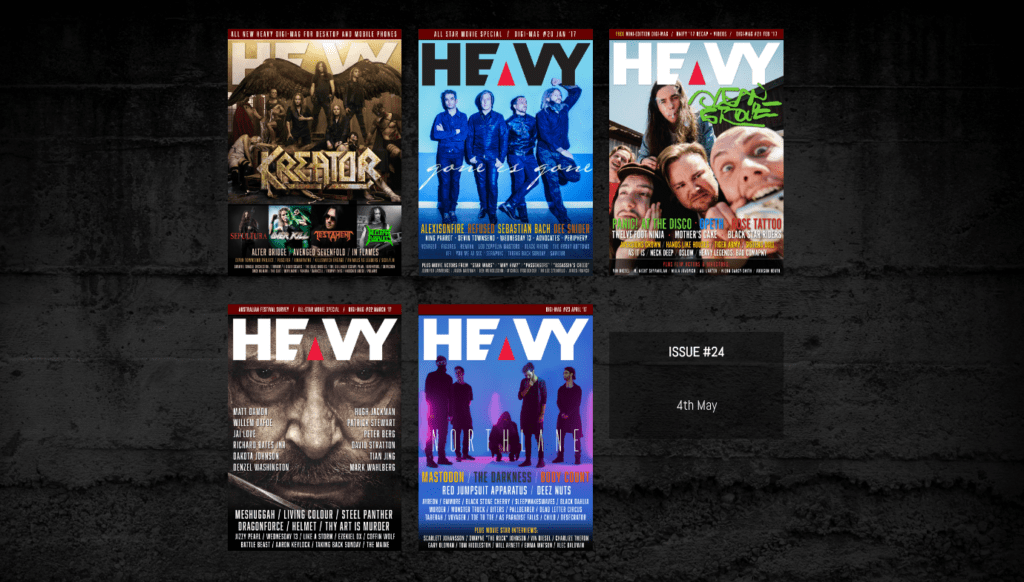