Acolyte and Morgan-Leigh Brown on Shades of Black 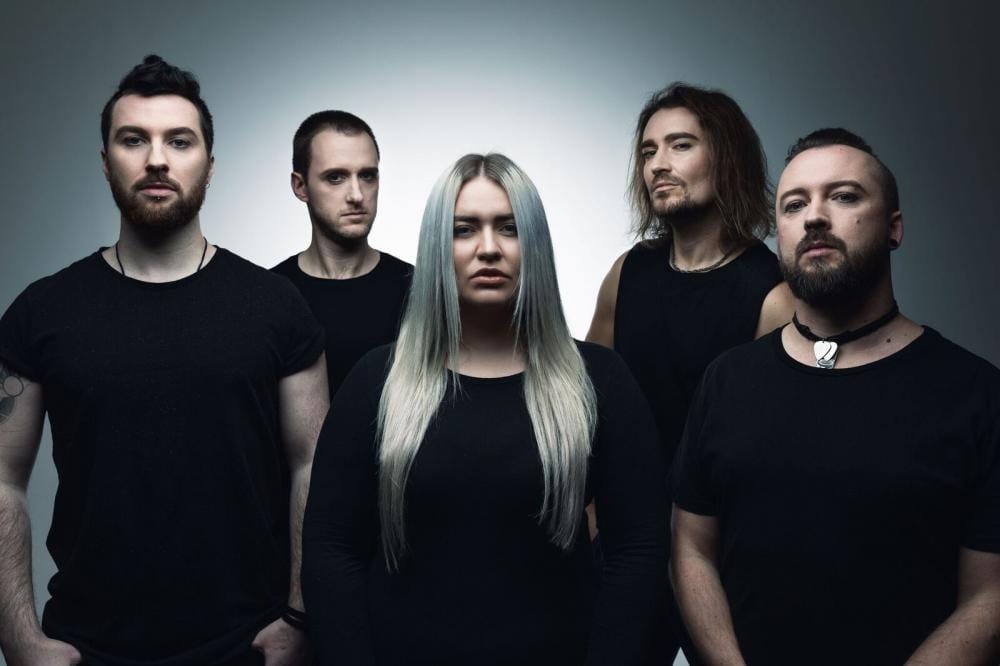 One band that has had Aussie music fans and journos talking over the past twelve months has been Melbourne band, Acolyte. On the back of their amazing Shades of Black album, the band has delivered some killer shows right across the country, and then backed it up with the amazing “Space and Time”, a track that takes this band into a whole other universe.

Heavy Mag sat down with Acolyte frontwoman, Morgan-Leigh Brown, to reflect on the past couple of years and also look to the future.

“The band came together through just a group of friends at the beginning,” explains Brown when asked about the band’s history. “The bassist and the guitarist had been friends for nearly fifteen years, they had played in a couple of bands together and just wanted to make music that resonated with them, and was different to what everybody else was doing at that time. They wanted to combine their two greatest loves – folk and the older style of analogue prog. I really didn’t get into it until much later on, I knew both of them but I was doing musical theatre which is where my passion was at the time, and that was what I was going to do for my future but then the guys just asked if I could lay down some guide vocals, which I did thinking they would use it to put an ad up on Melband, but instead they were like, ‘Can’t we just have you?’ That’s how it worked out; it was very organic and very friendly.”

I ask her whether it was difficult to make that decision to switch from musical theatre and Brown says, “I think a lot of people have that when they come out of high school, that feeling of knowing exactly what they want to do but then you find out things along the way that are more of a reality. Things that can be a bit of a shock to the system. For me, I love musical theatre in every sense, but I had never really had to go through all the auditioning processes and all of the things you need to get real jobs. So, that kind of isolated me a bit, it wasn’t something that was sitting quite comfortably in the pocket anymore, so I was feeling a little bit lost at the time; so it came around at exactly the right time. So, with my love for music, I was able to put that into a source that I am very, very passionate about now.”

She says that her music tastes were pretty vast when she was growing up as well. “I pretty much listened to everything,” she says laughing. “In the early days, my folks moved around a lot, we were pretty much like Australian gipsies, really. So there was a lot of radio, I’m about thirty years old now, so it was Country FM type stuff. Everything that you could possibly think of, I have had in my life, including classical and everything like that. For the rest of the band, there is only me and the bassist that are original members; the guitarist moved on. For the others, one has a very strong infinity with your more overseas European metal, our drummer is massive in the jazz scene, and the guitarist that we have now is a very ’70s inspired player. Then you mix that with me who comes from a more classically trained background and the bassist with all the prog foundations, it’s a real collision of just a random bunch of things, and you hear that through the music, which is really cool.”

Brown also says that the mixture of different musical tastes also makes recording new material a great experience. “It is so damn exciting,” she says laughing. “I think everybody who is a musician would basically feel the same way. When you bring out an album, you have actually sat on that material for so long anyway. So even though it looks like the album has only been out for a year or a little bit over, for us, it is like it has been out for 18 months or longer. So stepping in and being able to record new music is really, really exciting for us, but it is also the first time that we can showcase the real diverse nature of what the band is at the moment, and it has taken it right up to the next level. The stuff that we are doing now is just so different.”

That mixture of backgrounds also makes the songwriting very ‘random.’ “Everybody likes to do it differently,” she explains. “You have our drummer who is a master arranger, he will take different ideas from people and then start arranging them in ways that other people wouldn’t think of doing. Our keyboardist likes to do a more skeletal arrangement and send it through to everybody so they can add their bits and pieces to it, while our bassist has a real flare for just sitting in the pocket and having a jam for half an hour. Then he takes the recording from the session and writes it into a nice piece. It’s a mixed bag, really, but I like to write things really, really early as well. I’ll write melody before I write lyrics, so I use my vocals as more of an instrument rather than what I am going to be worrying about yet. But yeah, we are really in it all together from the start.”

The other big project that Acolyte has embarked on this year is the amazing looking video clip for “Space and Time”, and Brown was only too happy to tell us how it all came about. “For me, that is what I am really, really passionate about: the artistic nature behind what a band is. There is obviously the music, but I love everything else that goes along with it. I was only really first exposed to that on our first single that we released – then we worked with a really good filmmaker at Jarrah Films. We’d worked with him all through our album, and we weren’t actually sure if we were going to do ‘Space & Time’ because it is our longest piece but we knew that we weren’t going to release it shortened if we were going to do it at all… it was always going to be in its full eight-minute form. It was really a case of seeing how the album went first and then seeing how the first singles went to whether we were actually going to attack this. Luckily, it went really, really well and the album got nominations and all that, which was fantastic, so it gave us a really cool avenue to be able to look into this and do the video. And, of course, being very ambitious, we sort of talked about it. There were about three months prep time between me and the director [Gary Robinson], and we drove up and down the East Coast of Australia looking for different locations, both inside and outside and all of that, and then we finally find a nice desert spot with sand dunes and all of that which was really cool because we wanted the real red earth. I filmed underground for some of it, near Shepparton. We found this little alcove, and they buried me under there for a while, then there were the country roads. We did twenty-four shoots with these, so the guys were working from dusk to dawn on these. I think Dave was doing his desert shots at about five in the morning so we worked our butts off on this one.”

With the Victorian leg of the Space & Time tour still to come, Brown says fans are in for an exciting time. “We’ve done two or three headlining tours in the past, just to get ourselves out there a bit,” she says. “The difference is this time we can extend our set this time; we can show ourselves in the exact way we want to portray ourselves. So you will see an extended show, you will see the way that we want to do it rather than just me the support slot, and that includes the lights, the production and everything else that goes into that. We’ve got about thirty-five minutes of new material that nobody has ever heard before… so that is very exclusive. We’re pulling it all out for this.”

Acolyte is in Melbourne on the 18th November. 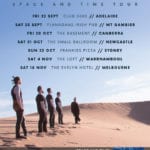