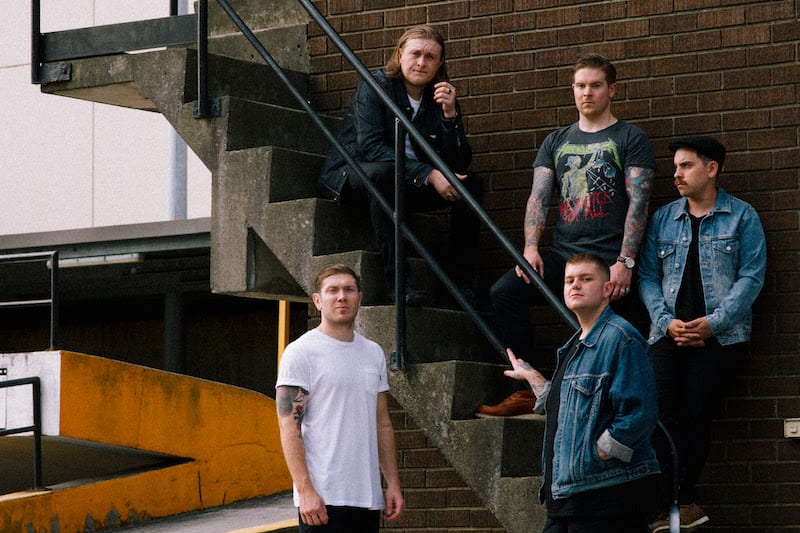 Australian music is seeing a resurgence in popularity.

Not just with old school bands still going strong, but also with an influx of younger bands that look set to reinvigorate the local market and, dare we say it, reinvent it.

Sydney band Bare Bones, with their debut album “Bad Habits” due out on May 19, are at the forefront of this musical revolution with a blending of hard rock, punk and metal that refuses to be pigeonholed into one specific genre.

From humble beginnings, the quintet has put out two E.P’s, “Villains” and “Cut Throat Living” and with their forthcoming release through Resist records are set to take not only Australia but the world by storm.

“We started back in 2013,” explained vocalist Tom Kennedy, “just all mates from high school. We were all not in bands at the time and J.D the guitarist had written a song and asked me if I was interested in singing on it so we recorded this one song and we were really happy with it and just said we should make a band from it. It was really easy, really organic and natural. We literally just wrote a song and both really liked it and decided to make a band out of it.”

In keeping with that laid back start to their career, Bare Bones decided not to put early pressure on themselves or their music, and instead focused on the things that meant something to them personally.

“We really just wanted to put out a couple of songs that we really liked to see if our mates liked it and play a couple of gigs,” Kennedy continued. “There really couldn’t have been a more relaxed start if we tried. It wasn’t until we started gigging and seeing that things were going well that we started to take it a bit more seriously. We were just stoked to put out music that we wanted to hear. We felt that sort of music was missing from the scene in Australia.”

The result is Bad Habits, a machine gun style assault on the senses that is as raw as it is brutal.

“We are really happy with it,” Kennedy enthused. “We recorded it – as we have everything else – with our drummer Chris Blancato – and it’s a twelve track album. We spent way longer than we have on any other recording and the process. Again, the ethos of the band haven’t changed from the start: we just wanted to make a record that we were absolutely happy with and we’d want to listen to and to put out something we really believe in and that’s what we’ve done. It’s a collection of songs; a collection of ideas that we’re all psyched on and all believe in. The theme around Bad Habits I guess is pretty much self-explanatory, discussing any bad traits that we have as people and that we experience in life direct from all sorts of things –friendships, relationships and addiction – that sort of thing. It’s just an honest offering of songs that we all really believe in.”

While maintaining an underlying punk presence throughout, each of the dozen songs on Bad Habits has a different musical thread coursing through its veins, a fact while not lost on Kennedy and one he says was not a deliberate plan.

“Not at all man,” he countered, “and I think that’s what’s cool about it. It’s the first time that we’ve had everybody in the band contributing to writing songs so I think naturally different people contributing makes it all sound different while still maintaining the punk/metal kind of thing we’re about. It wasn’t really like a conscious decision, just through collaborating we came out with different flavours and everyone’s influences and that changed it up.”

After the success of the two E.P’s and the recent signing to a label, Kennedy admits that while the pressure was definitely there for the album, it was more from within the band than external.

“I think the pressure was more what we put on ourselves,” he mused. “There was definitely no pressure from the label or even the fans or people who like the band. They were obviously hungry for an album but it wasn’t like they were scratching or clawing. We took our time with it and maybe put a bit of pressure on ourselves, in the end, to get it done. It’s really hard when you’re kinda doing everything yourself and it’s hard to know when to call it. I think that was the biggest pressure in getting it done and ready and we sort of… for the most part, it was a really chilled process and not a lot of hassles because there was no pressure which was really nice.”

Having supported bands of the caliber of Black Label Society, Every Time I Die, Northlane and Cancer Bats as well as playing the Soundwave 2015 festival and this years Unify 2017, Bare Bones have played with and alongside both major international and homegrown bands, with Kennedy saying that there isn’t much in the way of professionalism and attitude between Australian acts and their international counterparts.

“There isn’t to be perfectly honest,” he shrugged. “We did a tour with Northlane and they are probably the most professional band we’ve ever toured with or played with. We’ve played with lots of different international and local bands and I think the professionalism of Australian bands is really world class. To be so isolated from the rest of the world it’s almost surprising that the Aussie music scene and the bands are so professional but they really are and it’s amazing to see that stand out from local bands right through to the biggest acts in the world.”

Perhaps because of this, our younger generation of bands seem to be taking influence from Australian bands and music more often, unlike in the past where the dream was to be like the biggest act out of America or England.

“Absolutely,” Kennedy agreed, “and I think that’s really important and really cool. For me growing up listening to radio stations like JJJ I was obsessed with bands like Grinspoon or Silverchair – bands that are from our backyard – and I think that it’s important for both musicians and people that listen to music to really get into the local talent. I know the bright lights of international bands can seem really appealing but to me, it was always Aussie bands when I was growing up and I think some of my mate’s bands and some of the bands we get to play with are some of the most talented I have heard. I think drawing influences from your surroundings and the music you hear in your surroundings is important. Australia has got such a good and unique culture and I think it’s important to show that through our music.” 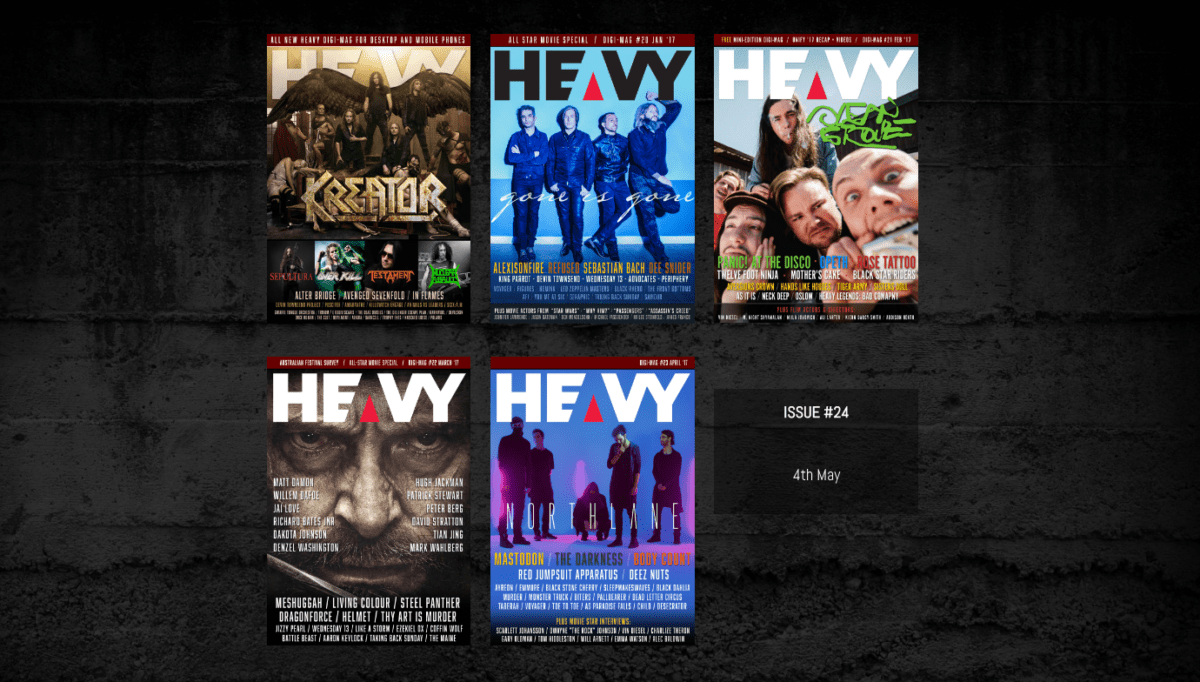 THE SMASHING PUMPKINS Double Up

IN MALICE WAKE Return With ‘The Blindness Of Faith’

THE OCEAN Storm The Incoming Tide