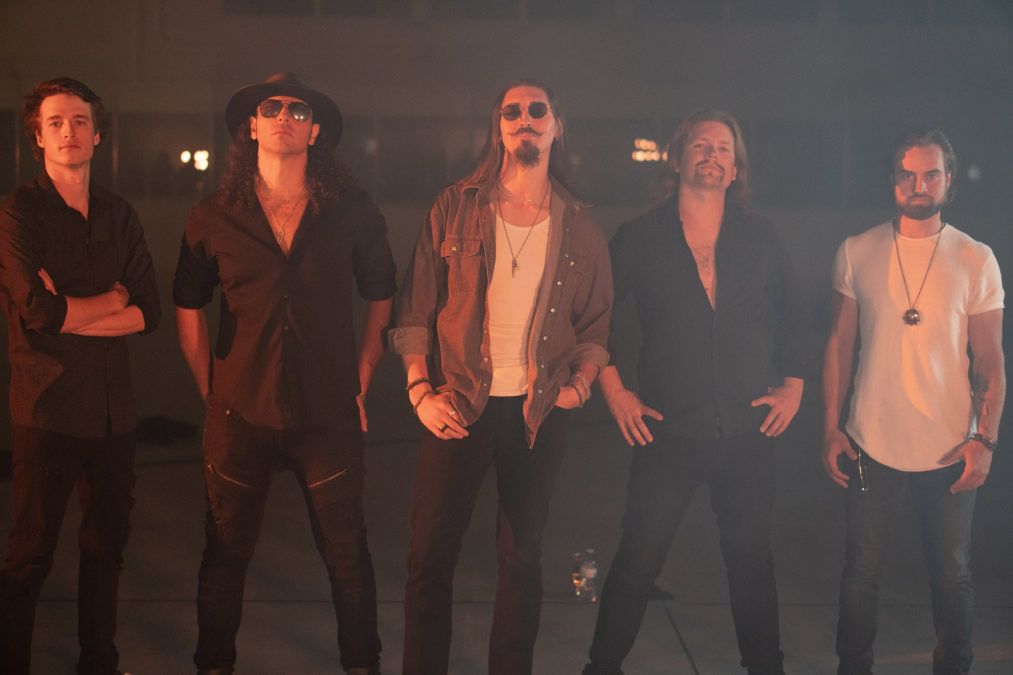 Calgary rock outfit In/Vertigo released their debut EP Sex, Love & Chaos midway through 2020 and made an immediate impact on the music scene with their brash attitude and confidence that was only matched by their ability to play.

The EP was four songs of unrelenting hard rock, laying the platform for an exciting future that seemed secure from the outset.

Then, as happened the world over, the music industry was brought to its knees almost overnight, and it seemed a pandemic was going to be the one thing that could halt the upward trajectory of the band.

With parts of the world slowly returning to normality – or at the very least being able to see live music again – In/Vertigo have decided to celebrate the misery of the last year by releasing the one remaining song from the EP as a fuck you to a system that had tried, but failed, to destroy an industry still reeling.

The fact that this interviewer believes Chains is actually the best of the four was met with gratitude and sincerity by vocalist Reed Alton, who joined HEAVY for a chat about Chains and what’s next for In/Vertigo.

“I guess view all of our songs to be the same level,” he shrugged, “which is obviously up for interpretation and people like stuff differently than others… it could have just been circumstance. We were kinda on a roll leading up to releasing Sex Love & Chaos, getting all the music videos done and all these singles ready to launch and then the pandemic hit, shit went sideways, we lost a band member, and we finally got, I guess you could say, our shit together and we wanted to make sure we could release that song finally. It’s been a long time, but we think it’s worth it.”

As far as debut offerings go, Sex, Love & Chaos is a cracker, with each song worthy of being released as a single – which they were. Rarely does a band manage to produce such consistently quality material on a first effort, with Alton putting it down more to attitude than musical precision.

“Honestly i think that as a band, and as musicians, we really take the song as the main priority,” he explained. “We love songwriting just as much as we love touring and performing and partying with our fans. The songwriting comes first, and I think that process is Shaddy, the guitarist, will bring in a good riff, maybe there’s a melody, maybe there’s something that we could go off. We wrote this EP in line with the title Sex, Love & Chaos and all those songs kind of embodied it. It made sense at the time and I think it still holds up.”

In the full interview Reed discusses Chains in greater detail, selling out Sex, Love & Chaos and their demo release, the importance of connecting with your fans on tour, their recent sold-out hometown show, the importance of road-testing new music and why, future music and more.