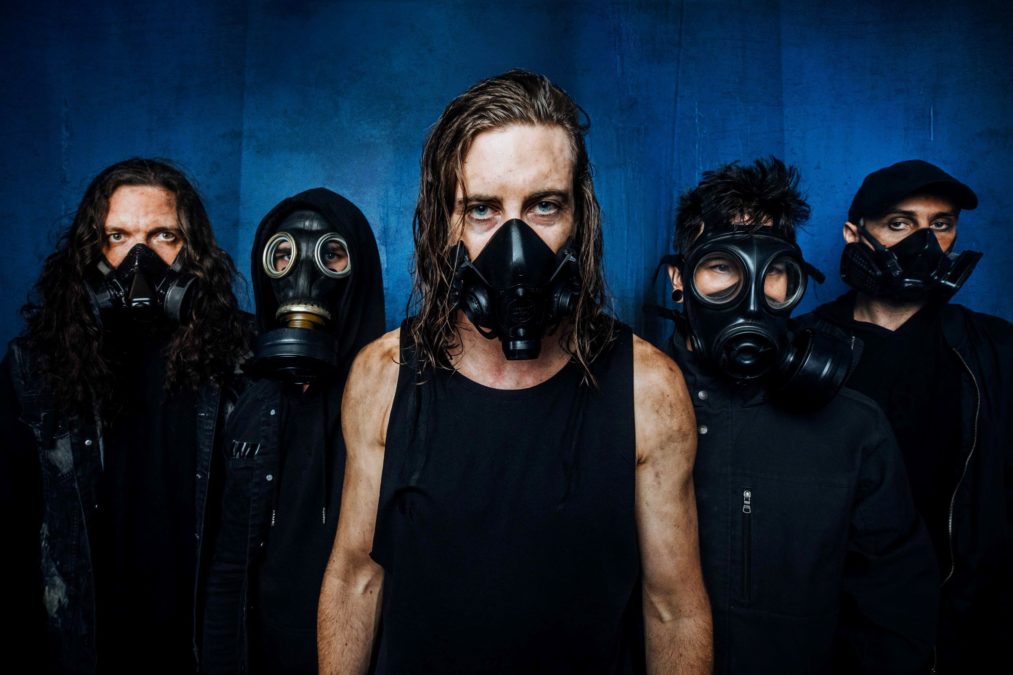 “Punk, harcore, metal have always been in the same risotto at festivals for a while now, and they seem to work.”

In Hearts Wake are a band that believes in the gift of giving.

Not just through their music, but in the sense of giving something back to the world via music and the planet that sustains us via action.

They are a band with a message – but one which doesn’t feel the need to overtly preach to get their message across.

Actions speak louder than words, and in the case of In Hearts Wake those actions and many and varied.

With the nation finally starting to re-open to live music and touring, In Hearts Wake are gearing up for their long waited return to the stage, starting with the series of Full Tilt shows with Northlane, Thy Art Is Murder, Frenzal Rhomb and many more over January, February and March of next year.

Vocalist Jake Taylor joined HEAVY to chat about the festival and being back on the road.

“I think everyone’s itching, but also mindful not to pick the scab too much,” he laughed, “just in case the world throws us another transformer.”

With the current state of international borders being closed, festivals such as Full Tilt are comprised only of bands native to these shores. Even though it is a situation forced upon us by current global events, it is still one which benefits our local bands immensely.

“It’s essential,” Taylor agreed, “especially right now because international bands can’t come here. It’s by necessity, but that means Australian bands can’t go overseas as well, so… All we can do right now is support and water our own garden. If we’re gonna keep it alive it’s everything.”

In the full interview, Jake talks more about Full Tilt and the role In Hearts Wake will be playing, the eclectic line-up and how important that is to a festival, bands on the bill that will be stirring the pot, making music with a message and more.