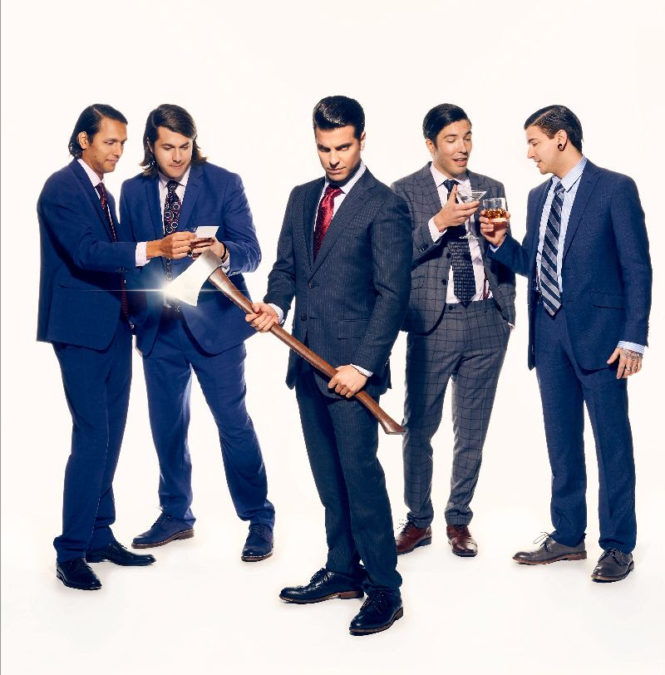 The fresh slice of horror-themed brutality will be released via Fearless Records on Friday, October 15 and can be pre-saved here.

The first single to be unleashed from the album is Hip To Be Scared, featuring Jacoby Shaddix of Papa Roach.

The accompanying music video was premiered at the fan event and pays homage to the landmark movie based on the Bret Easton Ellis novel American Psycho centered around psychotic investment banker, Patrick Bateman. Hip To Be Scared mixes the soaring choruses, clever lyricism, heavy riffs and Broadway-like theatrics that are as much Hamilton as they are horror. The song also tips its hat to an ‘80s pop classic beloved by the murderous protagonist.

Watch Hip To Be Scared below:

PrevPrevious.PISTONFIST Rise Up And Face The World
Next.PUDDLE OF MUDD Drop Single, Announce US TourNext