How It Is with CJ RAMONE 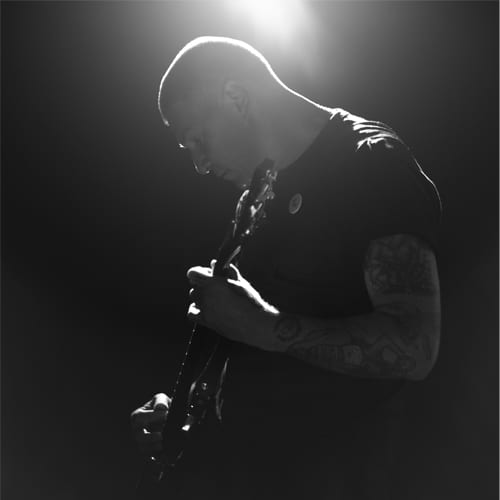 The Ramones are a band who need no introduction.

They have revolutionised and bastardised an entire genre of music and given hope to those who once felt isolated and alone. They are an enigma and a part of punk rock folklore.

Although all of the original members have since departed to the moshpit in the sky, CJ Ramone is still with us to rekindle old memories and also create fresh ones with a solo career that has seen him traverse the globe, in the process reigniting the idle flame of rebellion that has harnessed the hopes and dreams of disenfranchised youth from all walks of life.

CJ has been coy in the past when asked questions about Johnny Ramone and his many alleged indiscretions, but when asked his thoughts on Frenzal Rhomb‘s tune ‘Johnny Ramone Was In A Fucken Good Band, But He Was A Cunt’, he surprisingly opens up and addresses a few issues that people have been dying to know.

“So that’s a common viewpoint on Johnny but…,” he measured, “Johnny was the guy who brought me into the band, he’s the guy who picked me, and he was my mentor definitely and father figure teacher type of guy for me the whole time I was in the band. Everything you hear about him pretty much is true. He was a hardass, he didn’t compromise, he didn’t hold back words, he wasn’t polite but what you have to understand is that Johnny was in charge of the Ramones once Tommy was gone so he was dealing with Joey, who had alcohol and drug problems as well as mental problems, Marky Ramone, who was an alcoholic – a really severe alcoholic – and Dee Dee who was a drug addict and had mental problems. Without Johnny Ramone, the Ramones wouldn’t have lasted more than a year or two, and without him being the way he was they wouldn’t have been able to… they never would have made it. You have to have that guy, you have to have the no-bullshit business guy to take care of business. the music business is a very shitty business. as much as we’re on stage every night and playing music that people love and making everybody feel good and we get to do what we love, behind the scenes it’s a shitty business. It’s really nasty, there’s all kinds of… everyone’s got their hand in your pocket. We used to get ripped off by the record companies, now we’re getting ripped off by all the streaming services and stuff. It’s near impossible for us to make a living doing it. If I was not married to a gal who made a good living I would not be able to be out here doing it. I don’t make a living doing music. I make enough to make it worthwhile for me to come out, but, I pay my guys… my guys make more money that I do on some of the tours. When I was in the Ramones I learnt the other side of it. I made more money as a machine gunner in the marines than I did playing bass for the Ramones.”

In the full interview CJ opens up about the band, his time with them, expectations – both internal and external, touring, the Ramones not being a punk band per se, his solo career, keeping the legacy alive, his love of motorcycles and much more. A must for any fan of the Ramones.