HIGH AS HELL Go Back To School The term old school is thrown around in the modern age like a badge of honour.

Not that it isn’t, but you get the feeling half of the people who profess to be from that school of hard knocks are more referring to the movie of the same name rather than an ironclad way of life.

Not so Victorian outfit High As Hell who prefer to let their music dictate their pedigree over a few throwaway lines with little substance.

With fat, crunching riffs, powerful vocals and an aggressive approach to music that would sit Satan himself on his ass, High As Hell today launch their debut slab of metal, Razorblade Dream, a crushing album that says more through music than what most do with actions.

Guitarist/vocalist Fazz Hellman sat down with HEAVY on the eve of the release to run us through the album and their take on heavy metal.

“It’s just a bunch of riffs put together,” Hellman shrugged modestly. “We’re all a little bit older now man and we’ve kind of… we’ve explored and experimented and done our own thing. We came together four years ago and realised what we loved which was loud, riffy, heavy fucken music. It’s a mash-up of everything that we love. We didn’t really sit down and set out to sound like anything in particular – it just came naturally. It’s a good blend of all the old school shit that we love and some of the new shit that we love as well.”

Those in the know refer to High As Hell as an old school metal band with a new school attitude. While Hellman doesn’t profess to know exactly what that means, he also refuses to shy away from the compliment.

“I guess if you take this whole covid shit as an example, the only tool that we have right now to push this album is purely online and obviously radio and that stuff. We’re very grateful for that and grateful that we get to do that but we would much prefer to do it the old school way and slog it out and play the shows and feed off that energy with the crowd and meet people after the show and stuff like that. It’s more personal. We love the old school and I guess we have a bit of the old school work ethic where we just don’t stop, but you need to adapt to your surroundings and the situation and the times and keep moving forward.”

In the full interview Fazz goes deeper into Razorblade Dream, their attitude to music, selecting singles, living in the current world climate as a fresh band, how they have looked to come out of this period stronger, the pain of not being able to play live and more. 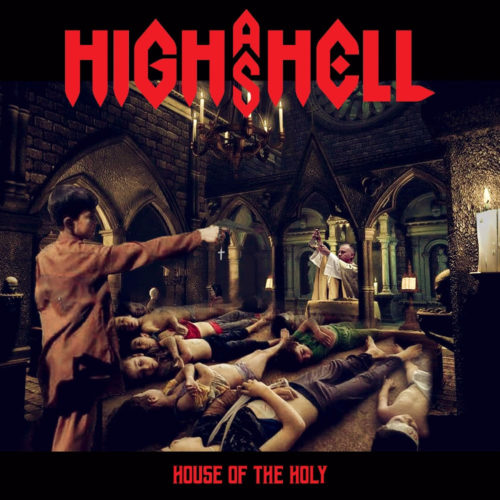