HEAVY REGULAR: “This Goes To 11” With KILL THE CON MAN

WR: My biggest fear is that indie musicians making music in between shifts or late at night in their bedrooms will get discouraged by the current state of the music industry. We’re in the middle of a renaissance where the gatekeepers that used to run the major studios have been kicked aside and music production is more accessible now than ever. We have music coming from voices and people who would otherwise not be given a platform and the industry is all the better because of it, but my biggest fear is that we lose those voices due to the exploitative nature of the music industry.

To be honest that sounds a bit foreign to me. I mostly operate in extreme metal genres like grindcore and death metal and commercial acceptance is pretty much the opposite of the scene’s intent. There are always going to be punk and metal bands that transcend their respective boxes imposed on them by their genre classification and appeal to broader audiences, but if you really bury your head and immerse yourself in an underground scene commercial acceptance is pretty much dead last on the list of priorities.

I’ve never put much, if any, emphasis on success, whether that be financial or critical acclaim, so I guess I’ve been kind of inadvertently managing my own expectations. It’s probably a defense mechanism more than anything else, but it allows me to just create chaotic music for the sheer enjoyment of the act and not fall into the trappings of taking myself too seriously. I have definitely been beat down by the industry and understand what it’s like to feel like you’re just spinning your wheels while remaining in place, but if you’re in it for the right reasons it will always be a place of refuge.

Every song and album is a little bit different. Sometimes there’s something to talk about, sometimes a guitar riff or chord progression will present itself, and sometimes the best approach is to lock yourselves in a room and see who or what makes it out alive, octagon style.

We print CD’s and tapes to hand out at shows but have pretty much given up on trying to make money from physical media or merch. For starters, it’s expensive and hard to find opportunities that don’t require you to make large orders upfront, and due to those high costs of production, it forces you to charge more than you’d like to for the media or merch. All of our music is available to download for free on our Bandcamp page and can be streamed everywhere for free, so our main aim is just to make our music accessible to anyone who wants to listen.

We play grindcore so that sacrifice is pretty much baked in.

Every time I hear a pop song with a guitar in it, I think there may be a chance, and it does feel like there is more rock adjacent music showing up in the mainstream, but I’m not holding my breath. There are a lot of really incredible artists out there in the mainstream so as long as people are getting the opportunity to enjoy new music and escape from the dystopian world, we live in we’re happy.

If this is about the St. Anger snare then no, dude was way off. But I think this is in reference to him trying to stand up to music piracy, so my answer is yes and no. It was silly to think you could somehow police the internet, so I always saw his fight as a waste of time, and he was dead wrong. But I think he could see the guardrails coming down and the upcoming accessibility to an industry that used to be reserved for the esoteric few and panicked, so in that sense I guess he was right. The funny thing is Metallica is still huge, at times it seems like at least half of the metal scene is comprised of people who still just listen to Metallica and the same handful of albums they listened to when they were young so that epic hissy fit Lars threw was kind of just a huge waste of time.

Absolutely not, if anything it’s moved in the opposite direction, but I think that’s kind of all perspective. Every subgenre of rock and metal is different, so communities like grindcore have always been fearless when it comes to taking on the status quo, but in a lot of the bigger metal bands historically there was a lot of really silly shit that people used to write about that wasn’t really anchored in reality. I can’t imagine going on tour and getting yourself in trouble for offending someone with your lyrics about the occult or fighting dragons or whatever, but we sure as shit have had Neo-nazis wait for us after shows and have gotten in numerous altercations with the police who don’t appreciate our DIY approach to putting on shows. It’s an old argument that I’ve been hearing for decades whether it be punk or metal, and I think it has a lot to do with a disconnect between perception and reality for the old heads. I almost always hear the argument coming from someone who hasn’t picked up a new album in years, so it’s just an assumption they’ve made. Don’t get me wrong, there is definitely a lot of safe music out there, always has been and always will be, but in my opinion, people are conflating their own perceptions of “woke” culture or “PC” culture and projecting that on to the music that those generations are making. In my opinion, it’s a lot more dangerous to take on the system than to try and alienate people living on the margins, but I’ve always put an emphasis on the communal aspect of punk and metal and unfortunately, a lot of people focus on the personal aspects the genres afford. If you ask someone who is new to metal or punk to explain it to you, they will tell you something like it means you don’t give a shit about anyone or anything, or some nonsense along those lines when in reality it couldn’t be further from the truth. People often think punk and metal are just about getting fucked up and going to shows to fuck up people in the pit, which of course is part of the fun, but unfortunately, they often miss the importance of standing side by side with your community, fighting for the disenfranchised, and raising the voices of the marginalized. Metal and punk are for the outcast, and we should stand together at all times. For us, rock music is activism, not an excuse to get fucked up and break shit (which again is super fun and not to be discounted).

To each their own, although I’m probably pretty biased since I’m in about ten different projects. I listen to a little bit of everything, so I play in a handful of bands that let me scratch those different itches, but for some people, it makes more sense to focus on one project and really hammer down that particular sound. One of the biggest differences in the industry now than even a decade ago is frequency of releases, in that fans are expecting more content more often, and since you pretty much have to act as artist and label as a modern musician it can make it pretty hard to keep up with multiple projects without clear intent and a lot of dedication. If you intend to take over the world with your band or your solo project, I would strongly suggest just focusing on it though, because there is nothing more frustrating than putting out an album you know will connect with people but not having the time to properly market it.

Venues aren’t quite open yet here in LA but underground shows in backyards and under overpasses have begun to pop up so we have a few shows coming up starting in late April in and around Southern California. When the world unpauses we’ll be coming to a shitty venue near you though so keep an eye out for us. 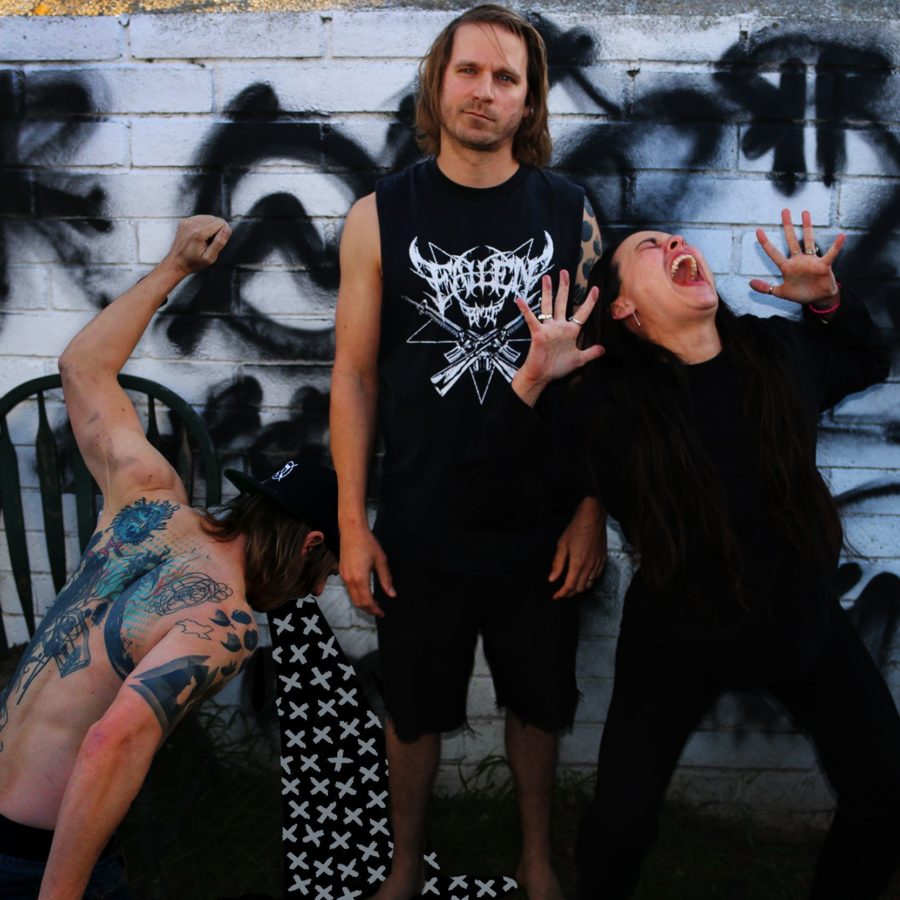