HEAVY REGULAR “This Goes To 11”

This week Mark speaks with Ronnie Kustes from Black Stardust.

RK: My biggest fear about the music industry right now is that there is a glut of new music coming out, probably every minute. Seems like it makes it harder to weed through the mediocrity to find the gems. I love finding new bands and new music to get into but if I have to wade through 100 songs to maybe find one it gets a little old. I’ll still keep searching though.

I think rock music is for rebels and people who think outside the box. Most people can’t handle thinking outside their reality and prefer to stay cozy inside their ironclad bubble of denial. Rock n roll jolts them into a realm that terrifies them. It will probably stay this way til the end of time.

Yes, there have been a few moments in my life I thought “What’s the use?? Why even try to do something with music?”. Then out of nowhere a new song idea comes to me and the good feelings that go along with it, and I am once again inspired to keep going.

Most of my songs are written playing my acoustic guitar in my room. I usually write the guitar parts and sing a melody over it using jibberish. I hear the melody, but the lyrics have a harder time breaking through. The words come last and hopefully match the melody and overall vibe of the tune. It does seem like the melody and the lyrics have a kind of marriage that needs to be equally yoked.

I think the digital world has taken over but I still like the idea of selling CD’s so the fans have something tangible they can take home with them. Vinyl is also something great to offer at shows. Such a great collectors item.

Yes I am, and I have been doing just that for many many years. It’s rock n roll or nothing! I live a very minimalist life and I live in our recording studio to keep my living expenses down. I’m just an all or nothing type of guy. I’ve always told people that I will either sell millions of records and live on the beach in Malibu or I’ll be living in an old RV traveling around the countryside. I hope it’s Malibu!

It doesn’t seem like it. Like I mentioned above I think it’s for the rebels, and the outcasts of our society. If rock n roll ever becomes mainstream we might just have world peace.

Lars has been right about a lot of things in his life and is reaping the benefits in a big way. If you mean was he right about Napster, I go back and forth about the copyright issue. On one hand musicians lose out on a lot of royalties but on the other side when music is free musicians seem to get bigger than they would have being behind a paywall. Free music seems creates more fans, and then maybe it’s about selling other things to make up for lost royalties. I’m not set in stone about this.

There are a lot of artists that play it safe, especially some older artists that just want to keep their career going. I find it very disappointing when a musician plays it too safe. It comes across as lukewarm and mediocre. Most big artists started with something totally unique and that’s what put them on the map. I don’t really understand why they would then want to be commercial after that. After you’re on the map and making all the mailbox money you should keep exploring and experimenting.

I prefer to concentrate on one project at a time. Most of the bands I have been in have been like gangs. We become a family and focus on what we’re doing only. I like it that way the best.

We are working on a new record that should be out in the next few months. We also released some singles on Spotify and all the major music platforms recently. As far as live goes we’ve been waiting for clubs to open here in the Southern California area. There’s a few that have opened and we’ll be playing live very soon. Check out the website and socials to stay up to date. 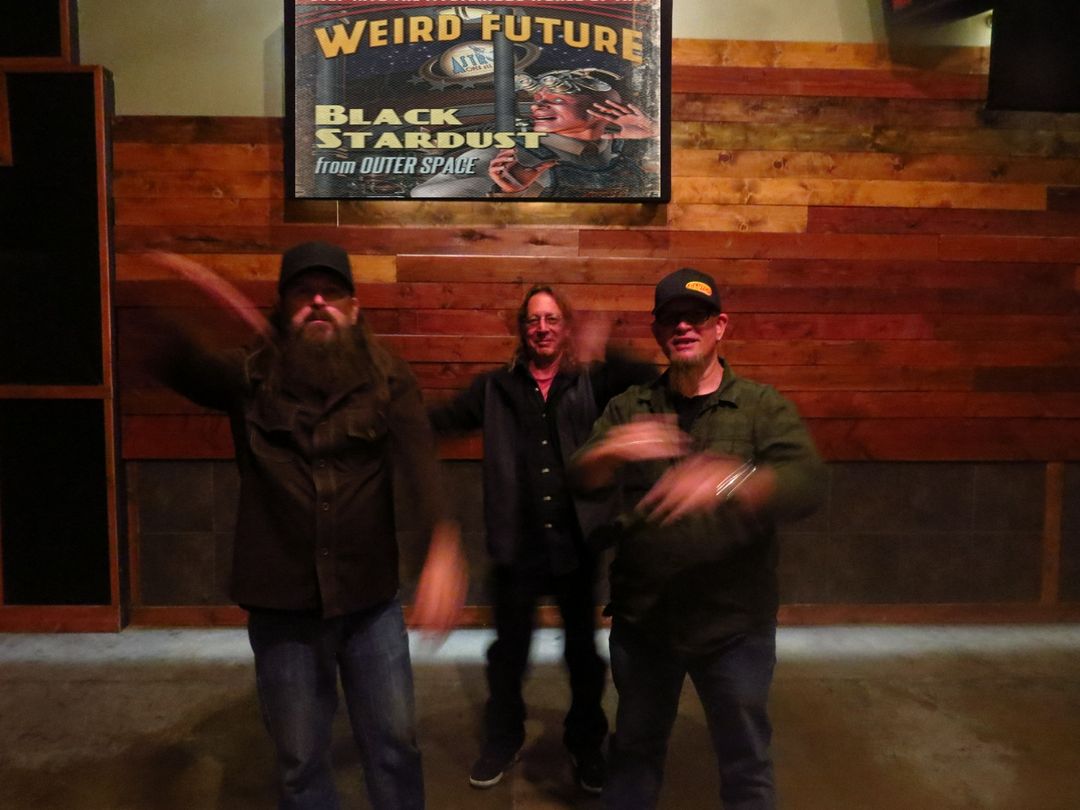