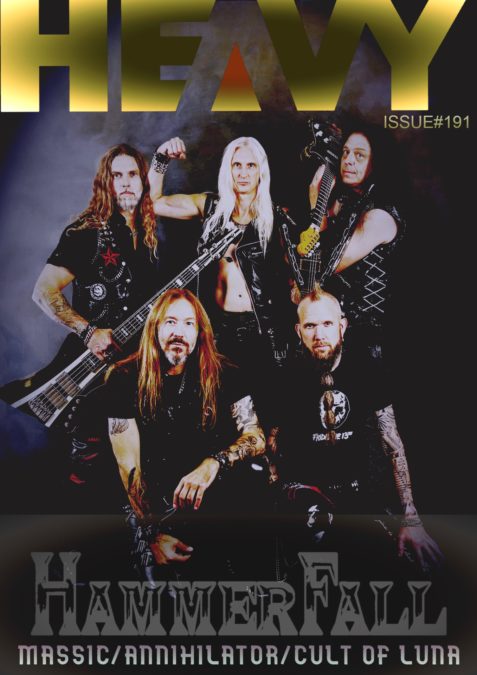 The mighty Hammerfall return with their new album this week, so what better band to have grace the cover of this week’s DigiMag?

The new albums from Annihilator, Cult Of Luna and Hammerfall are all out and our review team gives you the honest lowdown on each of them, PLUS there’s HEAVY Cinema with the latest news on Sonic The Hedgehog 2 and The Twin as well as interviews with the stars of The Greenhouse.

We review Unchartered, Benedetta, Death On The Nile and Wyrmwood: Apocoloypse and in the Popcorn Conspiracy the team runs you through the latest Jackass movie.

There’s a little bit of something for everybody, so until next time,