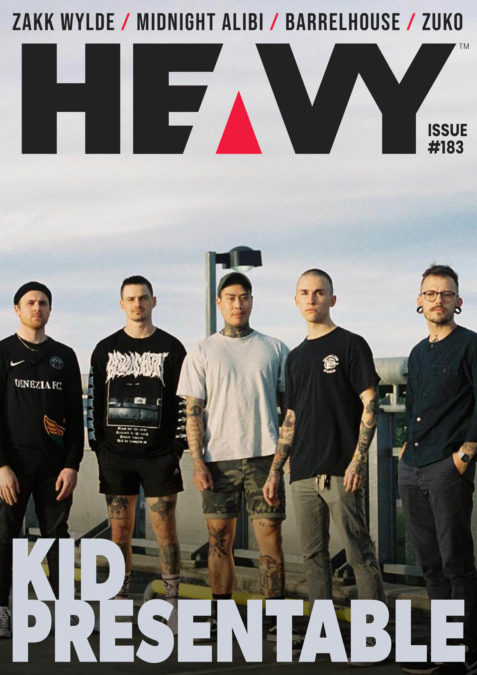 Twas the night before Christmas, and all through the house…

If you finished METAL WAS BLASTING, then we are on the same page!

The week before the fat man jumps down our chimney’s is generally pretty quiet in the music industry, and as such we have combined the International and Australian Artists DigiMags into one package.

And, I am proud to say, an Aussie band has made the cover, with Kid Presentable talking about their cracking new album and plans for the festive season.

We also catch up with the legend that is Zakk Wylde, Zuko and Midnight Alibi as well as the creator of the new animated comedy hit Ultra City Smiths, Steve Conrad.

Quite a few bands premiered their latest tracks this week, and they are all sensational. Judge for yourself with the new songs from Barrelhouse, Zuko and Firing Squad.

There’s a few new songs from Flames Of Fire, Joy/Division, Markus Saastamoinen and Neptune Power Federation as well as the latest news from U.D.O, Steve Hughes and Desecrator.

Our review team bring you their verdict on Karnivool‘s new BluRay concert release Decade Of Sound Awake, Kid Presentable’s album plus the recent album from Regular Gonzalez, plus we review the new Matrix movie, Sing 2 and Licorice Pizza.

All the best to you and yours for the festive season, and remember,