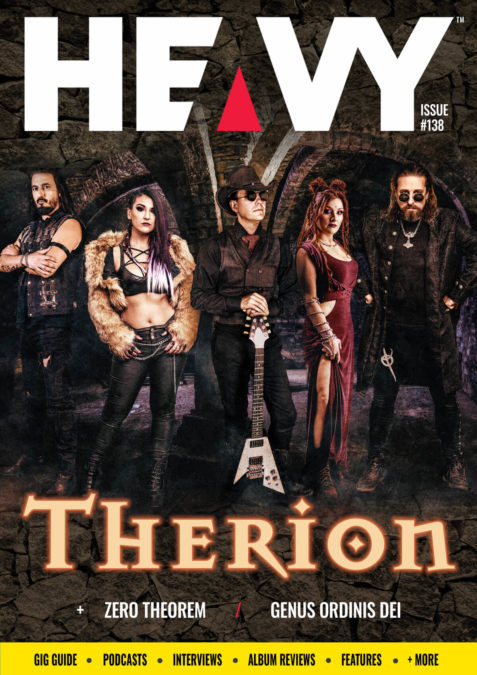 With Valentine’s Day just around the corner, I was thinking of making this a romantic edition of the HEAVY Digi-Mag but then thought nah, who wants to read that!!

Instead, I thought I would just pack it full of cool interviews and awesome new music so from me to you, HAPPY METALTINES DAY!

This week Therion stop by to talk about their new album, as do Zero Theorem while Genus Ordinis Dei talk about new happenings in their camp.

We review the killer new album from Werewolves, What A Time To Be Alive and then there’s HEAVY Cinema!

This week we feature the only English speaking interview with Yang Lu from A Winter’s Odyssey, plus chats with Han Soto from Cobra Kai, Ian Watson from Unsound and Sally Ingleton from Wild Things.

There’s reviews for Never Too Late, Earwig & The Witch, Wrong Turn, Pixie and Wild Mountain Thyme as well so be it in front of the screen or with music in your ears, HEAVY has all bases covered.

If you are in Brisbane and don’t have tickets to The Other Festival Yet I suggest you act fast and if I see you at the bar I drink Tequila!