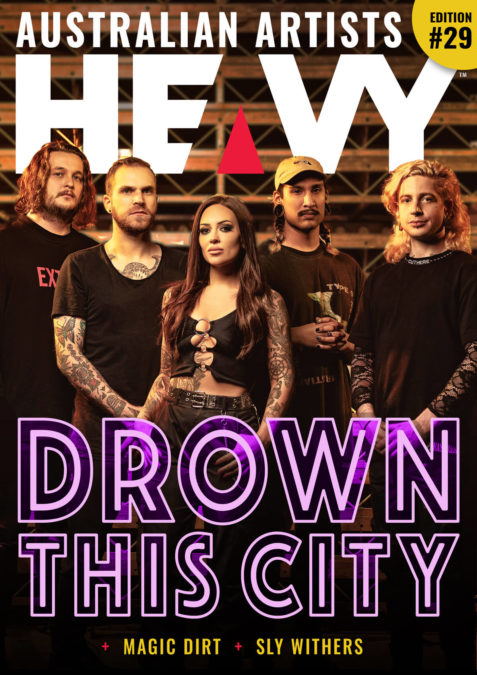 I want to start out by sending a big shout out to all of Victoria. The whole state is in its first day of a seven-day firm lockdown and although we can only imagine how tough it is, know the metal fraternity has your back! This has already led to the cancellation or postponement of a number of interstate shows so let’s hope we can ease the numbers over the next week so the rebuilding can begin. Again.

Drown This City grace this weeks cover, with vocalist Alex Reade stopping in to chat about new EP Colours We Won’t Know. Adalita from Magic Dirt also chats about the Spring Loaded tour and the 30th anniversary of Magic Dirt while rising WA outfit Sly Withers stop in to chat about their upcoming release Gardens.

There’s a bunch of new music from Stonetrip, Silentype, Mercurious, Head of Clay, Vermont, Twelve Foot Ninja, Rhino, The Omnific and Custard plus we review the new releases from Days Like These and Bison and give our take on the recent live shows from Nonberk and Phil Jamieson.

That should keep you busy for a bit, but if you are looking for things to do this weekend check out your local gig guides. I know I have two shows to go to Saturday night so you can’t say there’s nothing happening!