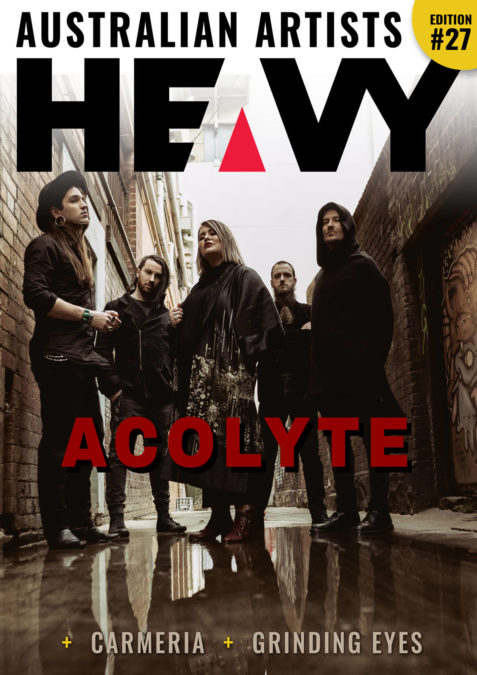 This week’s Australian Artist DigiMag is further proof – if any was needed – that music in this country is great and only getting better!

Acolyte feature on the cover, talking about their latest masterpiece Entropy, with Grinding Eyes, Carmeria and Nothing Sacred also giving us the inside information on their new releases.

There’s lots happening by way of news, with the unfortunate announcement of Parkway Drive having to cancel their planned tour, but there’s some good news to temper that, with new shows from Plini and Caligula’s Horse, while Black Rheno continue their Battle Ready Tour this weekend in Victoria.

Frankenbok have announced a quick tour of FNQ and a new show at Mo’s Desert Clubhouse who are also hosting Phil Jamieson next Thursday night.

And speaking of tours, HEAVY is proud to be supporting King Parrot on their 10 year anniversary tour starting in July which promises to be a cracker! We also have news on the Checkpoint fundraiser this weekend where Diskust, Torizon and Awake In Time all join forces to try and help a local venue from forced closure.

If you live in Australia and say you have nothing to do this week then not even Lemmy himself can help you!