Hanging With A GANG OF OLD LADIES With RICK “RAZOR” ROZZ 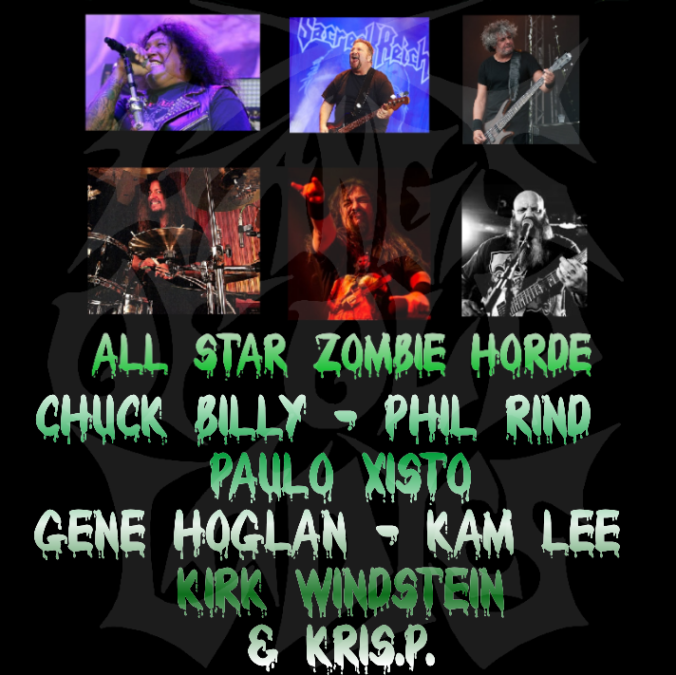 “I think everything in music is luck. Good music is good music, no matter what genre it is.”

I have always been of the opinion if you don’t ask, you don’t get.

I have been known to ask for some outlandish things in my time – of which most were declined – but my way of thinking is I would rather ask and be told no than not ask and find out later I should have.

Brisbane based international outfit Gangs Of Old Ladies obviously subscribe to the same theory because when it came time to start preparing for their latest single Disease Of The Dead, the band reached out to a host of well known identities in the metal world to record zombie growls to accompany the song.

Musicians such as Chuck Billy (Testament) and Gene Hoglan (Dethklok, Dark Angel) were asked and promptly accepted, adding a touch of authenticity and nostalgia to what would have been a ripping tune had they not been involved.

Aside from recruiting their own zombie horde, the two core members of Gangs Of Old Ladies also reached out to guitar maestro Rick “Razor” Rozz (Massacre, Death) to lay down some riffs and the result is nothing short of sensational.

Razor joined HEAVY to chat about his involvement wearing a sinister mask (well, I think it was a mask) that would have scared the daylights out of my two young daughters had they been here to see it.

“I was just presented with the song to do some whammy shenanigans on,” he shrugged modestly. “It’s a really, really cool tune. They allowed me to be part of that. They could have said this isn’t working but they were cool enough to let it happen. And vice versa. If I couldn’t have done anything with it I would have told them straight up. I’m a very simple player and they have some bad ass players on that stuff.”

Razor lives in the U.S, a considerable distance from where the other members of Gangs Of Old Ladies are based, but that didn’t stop him jumping at the opportunity to be part of the process.

“I was invited, which was very flattering,” he smiled. “We’re on two sides of the world. You’re in a totally different day (laughs). Your tomorrow is my today, so it was very flattering. Like I said, this stuff is really cool. It’s an honour and a pleasure to play with Gangs Of Old Ladies.”

In the full interview, Razor talks more about his role in the song and how it came about, the genesis of the track, his part in the gruesomely beautiful film clip, future plans with the band and more.