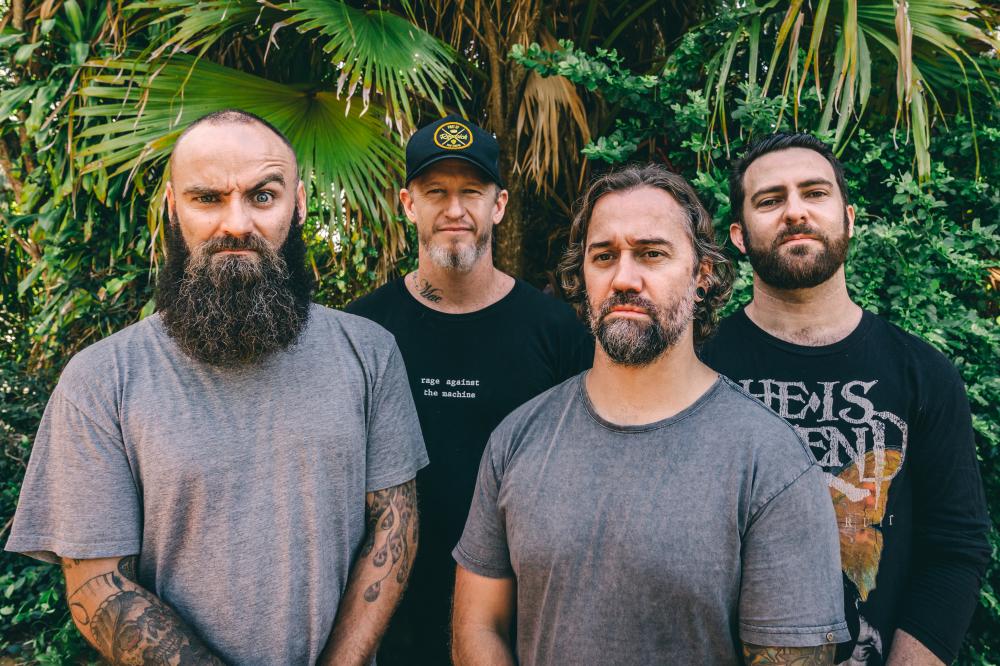 Northern Rivers/South East QLD band Hammers have announced that their debut EP “Homeblokes” will be released on June 22nd, and to celebrate they are unleashing a new single and video on Tuesday, May 8.

Pre-Orders go live on Friday, May 18th at iTunes and all good stores.

Following on from the release of their single ‘Dead Set’ (which was nominated for video of the year at the 2018 GC Music Awards), the boys are back with the new clip for ‘Speak of the Devil’, once again shot and directed by Colin Jeffs.

The video sees the band pitted against the lord of darkness himself, as he seems hell-bent on ruining their day. The new record “Homeblokes”, which was mixed and mastered by Forrester Savell (Karnivool, Dead Letter Circus, Cog), is the first release of music from the band since establishing a new lineup in 2017.

Taking influences from a diverse range of styles – Stoner Rock, Metal, Blues, and blended with the anecdotal lyrical style of country, then spat in your face with the attitude of punk, Hammers are a band not easily pigeonholed into one genre.

Hammers are launching the single ‘Speak of the Devil’ on Sat May 12 @ The Bearded Lady, West End, Brisbane w/ Captives (Melb), The Quarters (Melb) and Tai Sui.