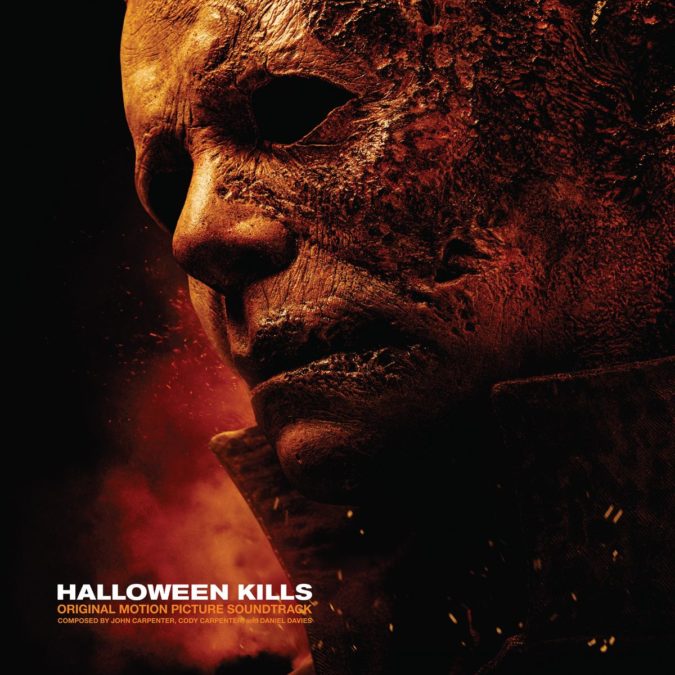 Today’s lesson is all about movie scores and the direct influence they have on movie scares. Now as for anyone who has seen the original Nosferatu or indeed and shock based release of the modern era will know, you don’t necessarily need someone tiddling away on a piano to induce dread.

But in the case of John Carpenter‘s Halloween Kills, it undoubtedly helps.

It has been forty three years since we were introduced to Carpenter’s creations, Michael Myers and the sparse yet highly effective use of synthesiser.

Just watch scenes from the original Halloween on YouTube, that don’t have the accompanying music, to see just how essential it is. Bereft of the main themes unsettling 5/4 signature the visuals come across as nothing more sinister than one of Uncle Terry’s home movies.

However once the score is added those very same scenes become unbelievably foreboding. Scary enough in fact to see Halloween become one of the most successful movie franchises of all time.

Carpenter’s ability to infuse scenes from his movies with self penned tunes has become a trademark that has served him and the movie going public well.

Such as Big Trouble in Little China and its endless amount of, literally, unbelievable encounters. Which would have been nowhere near as much fun without a soundtrack and score big enough to match the great man Jack Burton’s ego.

Escape From New York’s theme pulsed away perfectly in the background as Snake set about getting the hell out.

His scores are as integral to these movies as any character yet, and this is the true genius of Carpenter, he somehow never allows them to become a distraction.

So class, after listening to Halloween Kills we can conclude that the legacy has been maintained. And perhaps the biggest lesson learned here is this…

Music makes everything better, even the scares.