Since they formed in 2010,  Hadal Maw has fast procured a stature as a benchmark for creating new perspectives on heavy music. Metal Hammer described them as “…very much the contemporary and forward-thinking metal force” and today they are returning to the fold with their new single Idolatry- and the announcement of their new EP Charlatan, which will see it’s way into the world on Friday, August 31. Physical Pre-Orders are available now at www.hadalmaw.com and Digital pre-orders will be available from this Friday June 22. 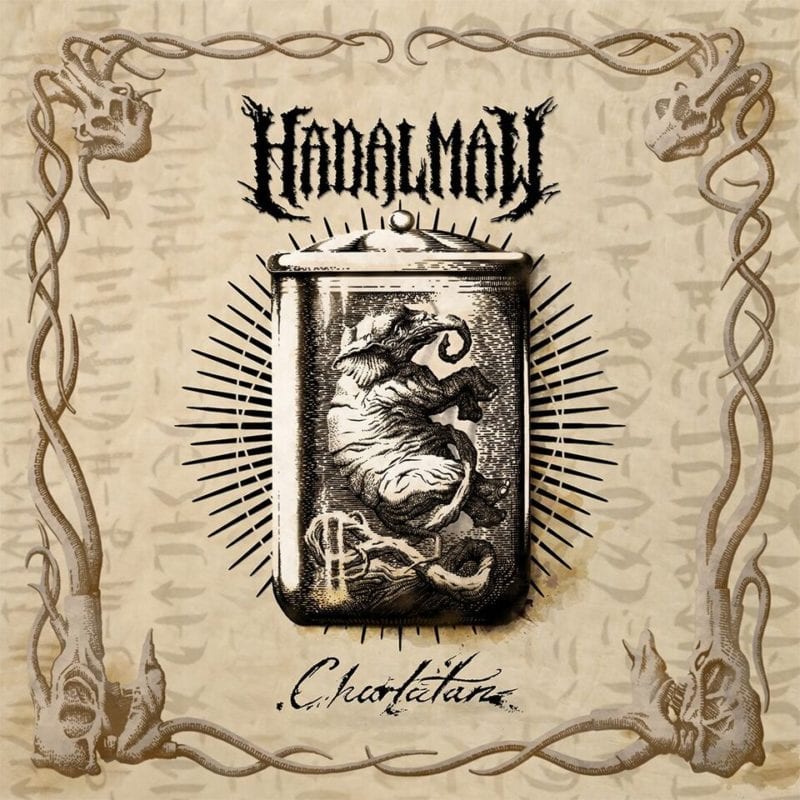 Premiering on triple j’s The Racket last night, “Idolatry” is the first single and the opening track from Hadal Maw’s upcoming EP “Charlatan”. The five-track release, totalling over thirty minutes, is an endeavour by the 5 piece from Melbourne, Australia to take their vision of progressive death metal and focus it into their most cohesive work yet. After mere seconds into the track, Idolatry informs the listener with no uncertainty that the band has zero intentions of relenting, dousing the atmosphere in jarring melodies, blasting drums and the searing roar of latest addition Tim Anderson’s bass work coupled with the familiar screams of Sam Dillon, while also suddenly shifting gears with clean crooning vocals amongst the sparse landscapes of Nick Rackham and Ben Boyle’s guitar interplay.

Sam Dillon, vocalist for Hadal Maw says that “Idolatry touches upon the extreme admiration and obsession we have for power and faith, however false and detrimental that it may be for us. Many horrific acts can be pursued under the banner of religion or peace and sadly, this is a very real nightmare of our times. An anthem to abandoning our empathy and being lead by tyrants however farcical they appear.“

Speaking further about the themes of the forthcoming EP, Dillon says that “We are witness to the rise of the Charlatan. Through the perfecting of lies and preservation of myth the serpents have come to power, we are beneath their pulpit. A vicious collection of anthems addressing the result of relinquishing to fear and those corrupt enough to peddle it.“ Hadal Maw’s EP Charlatan will release on Friday, August 3 and can be pre-ordered from this Friday, June 22 at all good online outlets and available now for physical pre-order at www.hadalmaw.com.  The band will also be supporting Tasmanian death metal legends Psycroptic and Canadian tech-death wizards Archspire on their upcoming Australian tour this August. 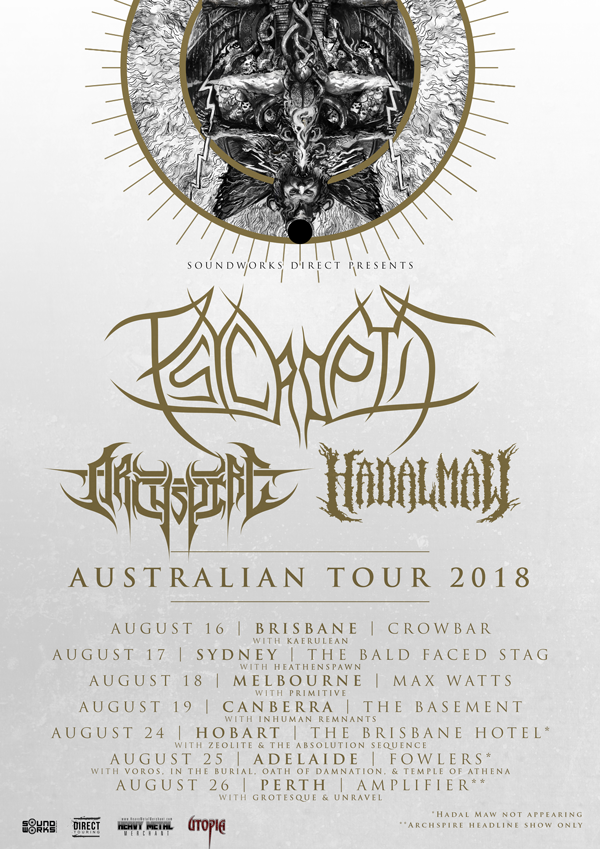