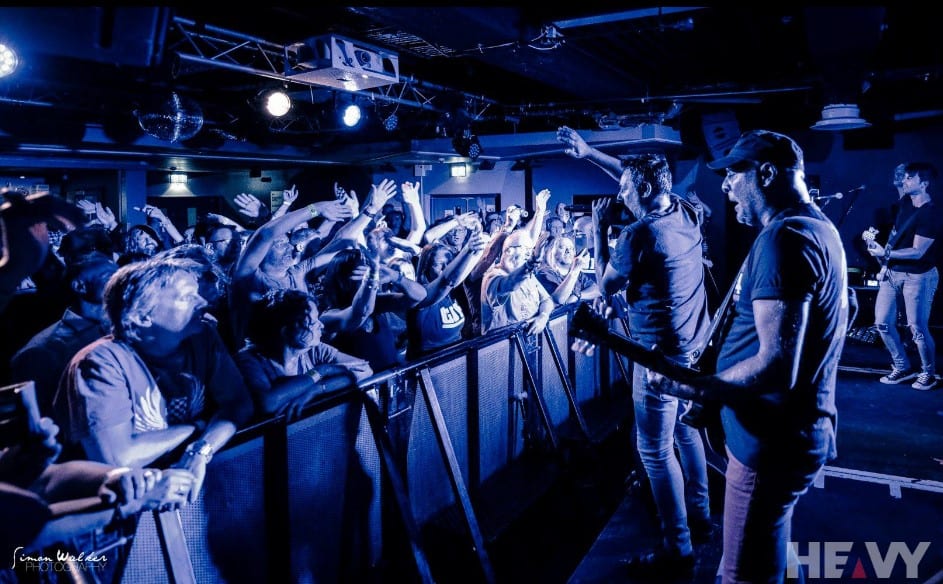 The legendary GUN made a short stopover at Sheffield’s Foundry for a warm-up show on their way down south for their now lauded main stage appearance at the Ramblin’ Man Fair festival. Tonight’s enthusiastic crowd welcome the band on stage to cheers akin to a throng much bigger in size. The band in turn look happy to be there on what must have taken Jools and Dante Gizzi, the two original members, back to the old days of touring student unions up and down the country. 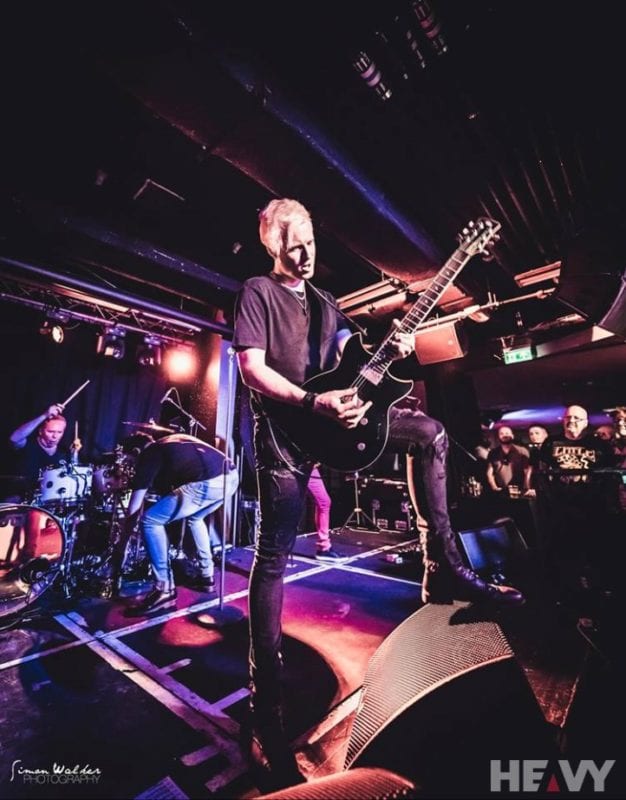 Having followed GUN from, more or less the very start of their career, I remember those old times with much fondness and tonight was definitely a throwback to the heady days when they wowed fans and critics alike with their unique yet classic blend of heavy, melodic rock. A blend which earned them a support slot with The Rolling Stones, winning an MTV award for their cover of Cameo’s ‘Word Up’ and chart success for their first three outstanding albums.

Tonight’s set list is a mixture of oldies,  songs from their brilliant latest album ‘Favourite Pleasures’, and another throwback to the old days, a cover of the Beastie Boys ‘Fight for Your Right (To Party)’. GUN’s back catalogue is so rammed full of outstanding songs that it must be a nightmare deciding what to leave out. The pumped up fans’ bouncing in unison reaction to ‘Don’t Say It’s Over, Money (Everybody Loves Her), ‘Inside Out’ and the storming ‘Steal Your Fire’ prove the band got it spot on!

Jools Gizzi is these days content to take a step back and hand over his guitar god duties to the ‘new guy’ Tommy Gentry, and I can see why when Tommy takes centre stage, as he often does, to shred his way through most of tonight’s set. Jools’ ear to ear grin being proof alone that they chose the right man to take on his mantle! From ‘Word Up’ to ‘Black Heart’, Tommy puts as much soul into his playing as Marvin Gaye did in his whole career! But Gentry isn’t the only weapon of mass seduction. Jools still takes over solo duties with as much passion as ever on the likes of ‘Taking On The World’ and ‘Shame On You’. While the rhythm section of Paul McManus and Andy Carr never miss a beat and entertain with a swagger throughout, front man Dante charismatically works his way through each song as if he knows the band are set for much bigger things on the not too distant horizon. 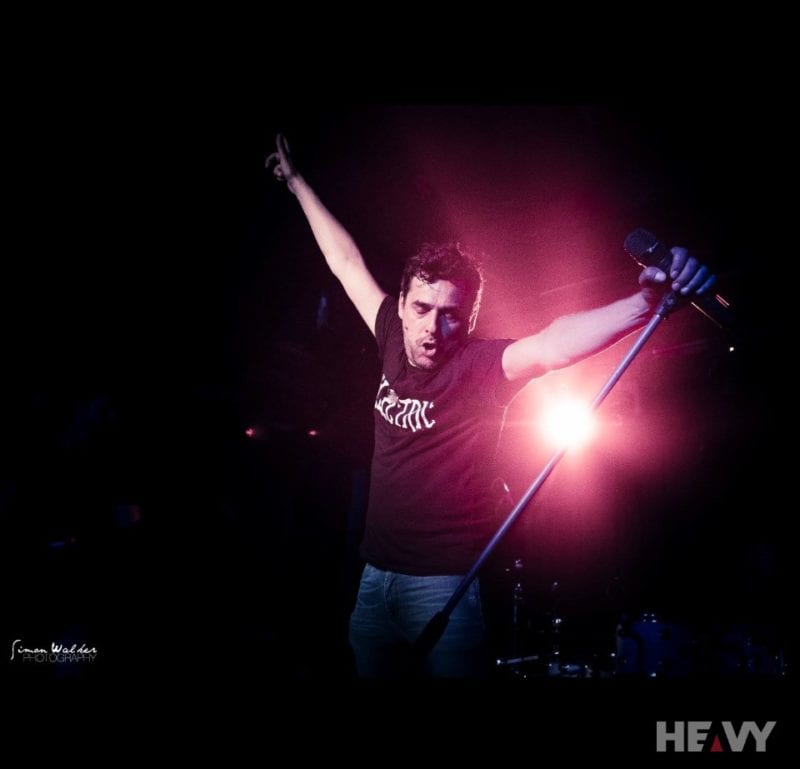 Even though the band’s chemistry shines through, it’s the songs themselves that are the stars of every GUN gig. Along with the aforementioned, we are treated to the debut single ‘Better Days’, the song that instantly made me a fan when I saw the video on Headbanger’s Ball back in the day and a song that has stood the test of time, which is as joyous to my ears in 2018 as it was in 1989. At the other end of the timeline, the new single ‘Take Me Down’ improves with every listen, and played live it takes on a new lease of life. Check out the excellent new video for ‘Take Me Down’ here. ‘Steal Your Fire’ and ‘Shame On You’ receive the biggest cheers and crowd reaction of the night before ‘Fight for Your Right’ brings the curtain down on another outstanding GUN gig. These boys don’t need a huge stage show to entertain (although they did blow me away with one in Glasgow last December). Just excellent songs and a great stage presence are more than enough to send everybody home happy. 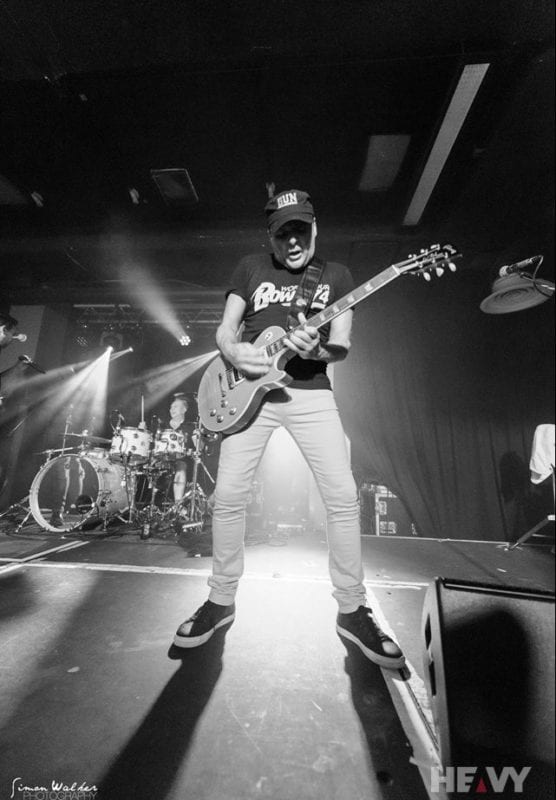 2019 marks the 30th anniversary of GUN’s debut album ‘Taking On The World’. They are still revered in their home town of Glasgow, so much so that they sell out the 2000 capacity Barrowland Ballroom every time they play there. They are one of the biggest draws of the day at every festival they perform, in the UK or around Europe. ‘Favourite Pleasures’ reached number 16 on the UK album charts on its first week of release in 2017 and they receive regular A-listed airplay on Planet Rock, the UK’s premier rock radio station. Not bad for a band who ‘had their heyday’ over 20 years ago! 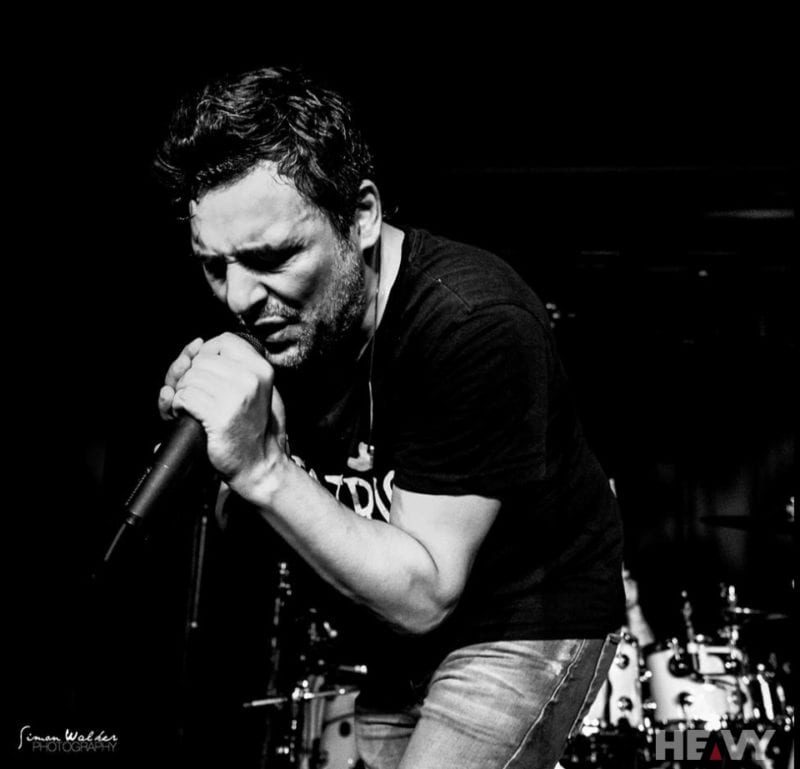 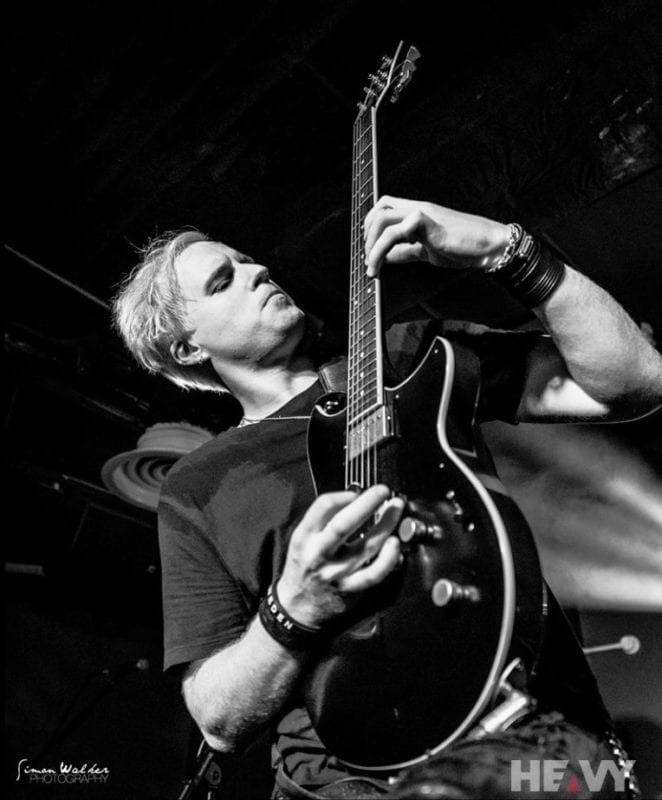 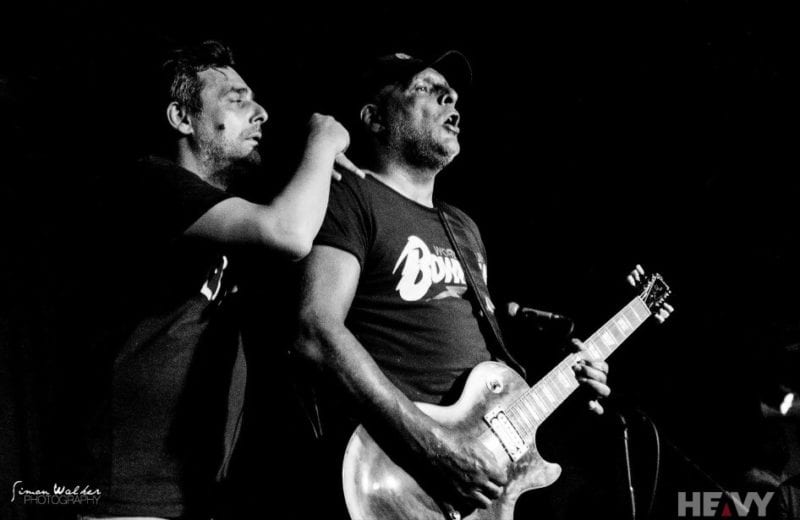 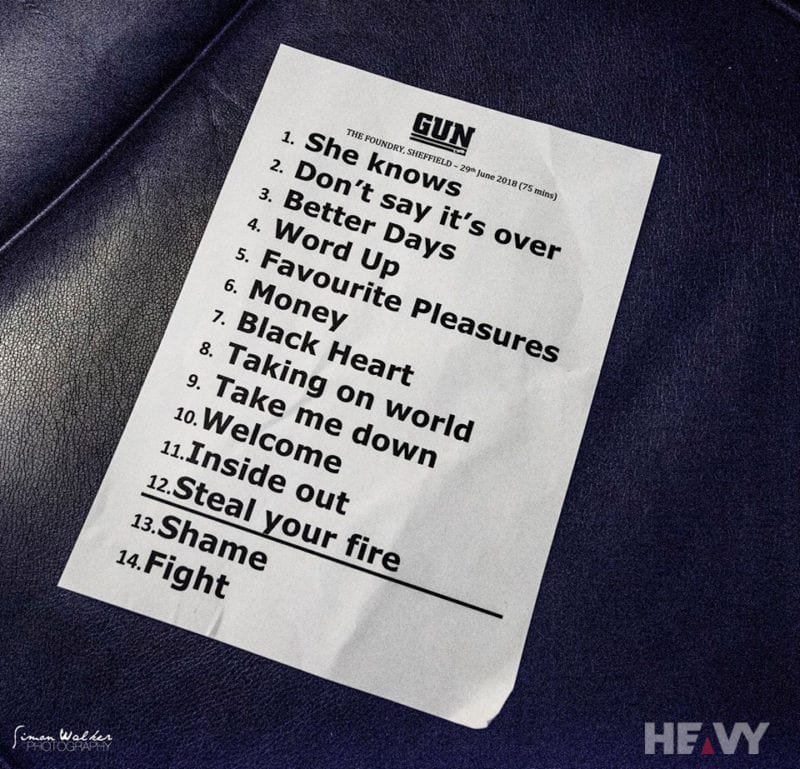