Another year, another sold-out Bendigo Groovin The Moo, and another diverse lineup with a scattering of heavy bands for festival-starved music lovers to enjoy. But unlike last year, when Architects sent all the glitter-covered teeny boppers running for cover with their devastating set in the early arvo, there wasn’t much for those who like a bit of distortion until 5 pm. 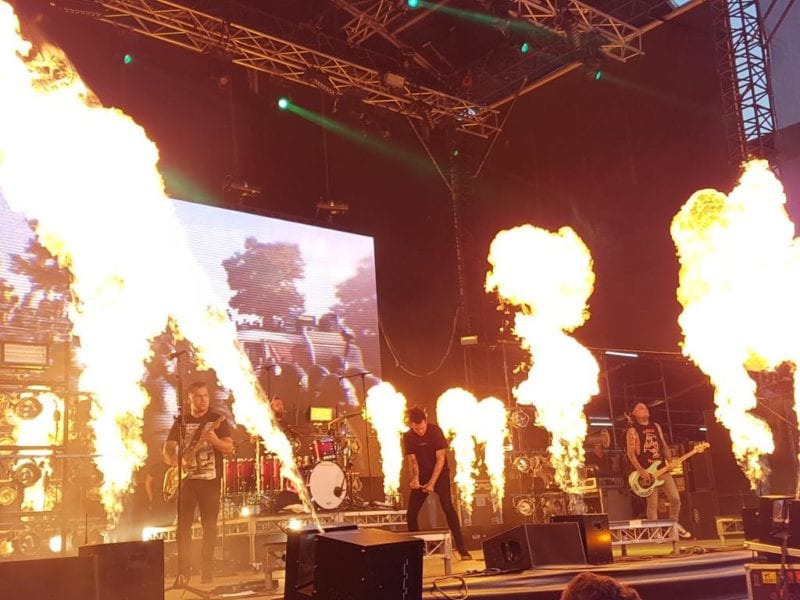 The Amity Affliction seemed to notice this, and warmed everyone up – literally – with an avalanche of flames and somewhat of a greatest hits set.  Vastly improved from their uninspiring co-headliner slot at Unify earlier this year, the circle pits were in full flight as the boys whipped out choice tracks including Don’t Lean On Me, Shine On and closer Pittsburgh. 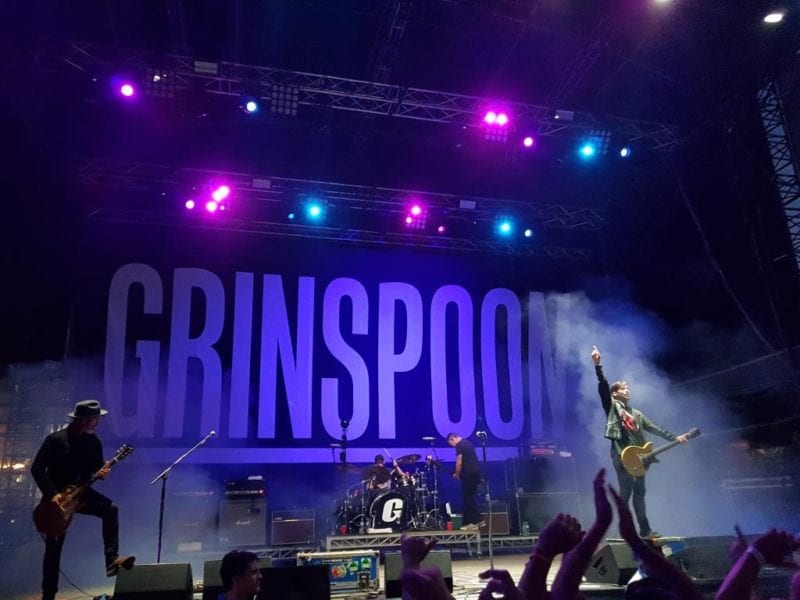 Grinspoon produced one of best reunions in recent memory last year with their 20 Years Of Better Living Tour, playing classic album “Guide To Better Living” in full. They were a bit slow off the blocks at the Groovin The Moo – but hit their straps from the moment Pat Davern teased that iconic riff from Chemical Heart (I never thought I’d see the day when there would be a fight circle to that song). Cue wall-to-wall hits in the second half of the set with Lost Control, DCX3, Champion and More Than You Are, with a nice spraying of red confetti to finish off. 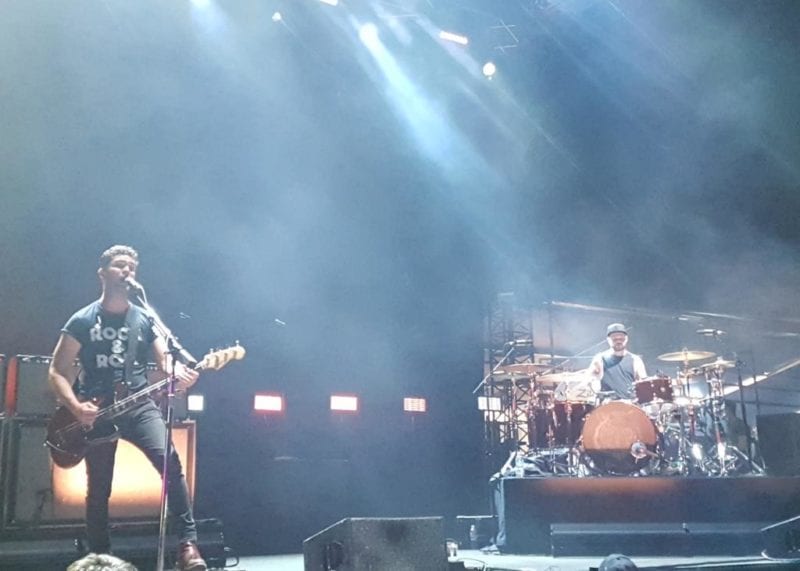 Royal Blood only has two albums to their name, but by gosh, they already have a live show that makes them look like seasoned pros who have been at it for years. The UK duo slew from the opening notes of Where Are You Now with hits including Lights Out and I Only Lie When I Love You, while tracks such as Little Monster, Figure It Out and closer Out Of The Black were filled with extended jams.  For a bass and drums duo, they produce more showmanship, energy and brutal riffs than bands double their size, and they will grow into a behemoth if they continue on their merry way.

And before Royal Blood put on their clinic, Paul Kelly and his band warmed everyone’s hearts with a joyful early evening slot – a masterstroke inclusion by organisers. The Australian legend had everyone captivated from his opener From Little Things Big Things Grow, and you’d be hard-pressed to find anyone not singing, swaying or dancing along to his closing trio of To Her Door, Dumb Things and How To Make Gravy.

Kelly or Royal Blood should have closed the night out. Disco stuff is for the Moulin Rouge tent, and Flight Facilities – sounding like a poor man’s Daft Punk – should have been shifted there instead.  It was the only scheduling slip-up in another solid day out at Australia’s biggest regional festival. Well done again GTM – here’s hoping you can bring a bit more rock, a bit earlier in the day, next year.

PrevPrevious.THE CONTORTIONIST and SIKTH at The Manning Bar, Sydney on 4/5/18
Next.STORY OF THE YEAR and Void of Vision at The Metro Theater, Sydney on 5/5/18Next