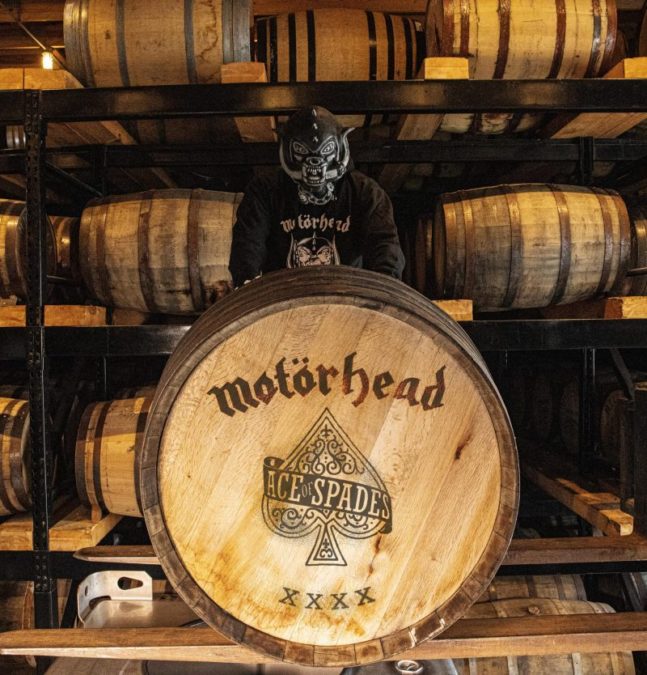 What’s the next best thing to hanging with a rock star?

And that’s where the good folk at Groglords offer their services by bringing the best of the best not only Down Under, but delivered to your door! Free of charge even…(delivery that is).

For many years the closest most Australian music fans came to their idols was the front barrier of a concert at best, but with a singular vision to harness the power of rock, punk and metal, the Metal Gods bestowed upon the land a company called Groglords, that, within the space of just over 12 months, would give fans and connoisseurs of fine alcohol a taste of what had only been a novelty in the recent annals of music history.

Gone are the times of listening to foreigners drawl on about how good the latest batch from Metallica or the latest wine from Slayer tastes, fully content and aware that such luxuries were merely a pipe dream to those here who so richly deserved the sensation of musical royalty at their lips.

Welcome to Australia’s own Sunset Strip, where the beer flows plentiful, and the whisky is as smooth or harsh as the band you grew up listening to.

The best of the best and the enchanting aura of rock stardom are now more accessible than ever, thanks to Australia’s only major importer and retailer of the raddest rockstar booze, Groglords.

With an on-line store catering to fans of Metallica, Motorhead, Slipknot, Kiss, Slayer, Deftones and more, and a variety of wine, whiskey, beer, rum and vodka that would put hairs on Sebastian Bach’s chest, Groglords are bringing the worlds greatest bands and the juice that keeps them alive to your doorsteps.

But why should the internationals have all the fun?

Why indeed said Groglords, and so some of this countries finest musical acts have been anointed their own nectar of the Gods.

The Meanies, Frenzal Rhomb, Bodyjar, King Parrot and Jeff Martin all have their own lines of quality liquor, with many more bands firmly in Groglords sights for this year and beyond.

And, in typical Aussie fashion, Groglords want to share the love and have their products stocked in bars and music venues everywhere, so if you want to get your nightly intake of Slipknot Whisky, or your morning cocktail of assorted Motorhead goodness, or even a nice glass of Slayer Reign In Blood wine at your local with your next meal, have a word to management and let them know that there’s a new sheriff in town, and he is here to rock!

Suss out the range at www.groglords.com today | 18+ Only | Enjoy Responsibly