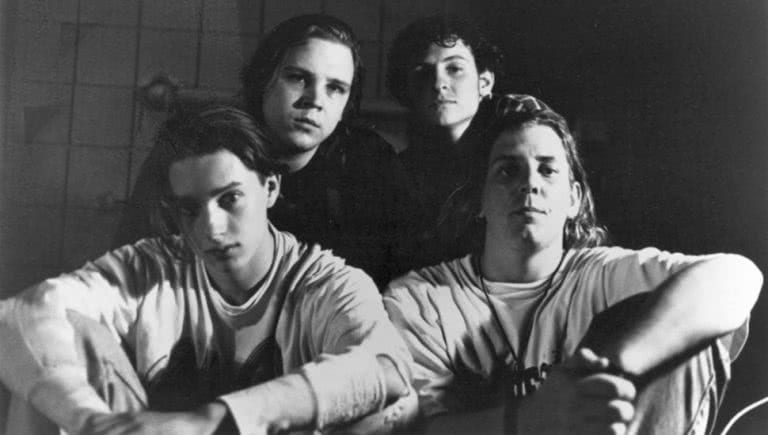 Dodwell’s realationship with Bennington started way before Bennington’s time with Linkin Park. Before all of that Dodwell and Bennington had formed Grey Daze in their home town of Phoenix, Arizona, they even had three albums under their belt.

“Grey Daze was the very aggressive, moody, dark band that had the next greatest singer that nobody had heard yet,” says Dodwell when I get the chance to talk to him about the band’s new album, Amends, that will be released in June this year. “That is what Grey Daze were like in the 90s. We had this amazing vocalist who wrote great songs and great melodies and they were fantastic live. We wrote about a lot of great emotional content that bands like Alice In Chains and Pearl Jam were writing about at the time. We were a little bit post-grunge because we were a little after that – that was really our forte though because through Chester’s great vocal performance we were able to deliver a great emotional experience.”

In the months leading up to Bennington’s tragic passing he had been very vocal about re-forming Grey Daze once again. As he announced the band would be doing shows it seemed like he was a great place. It wasn’t just the fan that perceived it that way though – Dodwell also saw it that way and it was for that reason that July 20th came as such a huge shock. “I spoke to him a couple of days before he passed away and honestly he was on top of the world,” he explains when I ask him about how Bennington seemed to him in the days leading up to his death. “He was in a great mood and he was excited about the band getting back together. He was excited that we were doing another Club Tattoo expansion. He and I had a great conversation two days before he passed away so there was no I saw what was going to happen. It was just mind blowing. So when I got the phone call I was like you I thought it was bullshit – I thought it was fake news, a hoax or something.”

The things that Bennington were excited about were no small things. He wanted to get Grey Daze back together – not just to do the much publicised club show but to also work on the songs that the band had left idle for so many years. “We’d probably talked about putting Grey Daze back together about three times,” explains Dodwell when I ask him about whether or not the reunion was something that he and Bennington often spoke about. “It was something that we had talked about a lot but the timing just never lined up right. In 2016 he had just finished up the One More Light album and we were on one of these calls together and we started to talk about doing another of these Club Tattoo parties and then he said “Yeah if we do that I think we should put Grey Daze back together again for it. I think the timing is right, I miss having a band of my own and I miss playing with you… so let’s do it.””

“I said yes to that and then we started planning it all,” says Dodwell continuing. “Then we made the announcement in January 2017. As soon as we did that we started to get offers about playing right around the world, and then we started to have more and more conversations about this and we started to talk about going back in and re-recording these 35 tracks that we have intact and ready to go. We wouldn’t have to spend eight months doing the record we could go in and do everything in a couple of months and we would have a record by the end of the year.”

From there everything just seem to take off. “We started working on three new tracks and at the same time I head back into the studio with the band to work on the other track’s arrangements,” explains Dodwell. “We were re-tracking everything and then I would email them to him or we would FaceTime or just talk on the phone and we would share what we doing and he would be like ‘okay I like that’ or ‘okay change that’. Through that process we kind of came to the idea that these songs in their current format they sounded like they were from the 90s. They weren’t bad but they really sounded like they were from the 90s so we decided to freshen them up and re do the guitar tracks and then re-arrange them. So all the ideas to modernise the tracks came while he was still alive. Then we were going to record his vocal tracks as soon as he got off the road with Linkin Park but unfortunately he passed away on July 20th, 2017, three days before we were to start rehearsals with Grey Daze. So I had to re-visit this and decided how I wanted to approach this now he was gone so that was how we decided to strip everything back to the vocals and start over. That’s how we started… and that is how we got there.”

Hearing that Grey Daze had thirty-five tracks available and that Amends only has eleven tracks I asked Dodwell whether he thought it was possible that we may see more Grey Daze albums in the future. “We certainly have enough tracks for a second and maybe even a third,” he says honestly. “If the first is received the way we think it will be received then yes you will get to hear a second, but if people throw lettuce and tomatoes at us and tell us it sucks then you won’t, but I don’t think that is going to be the case.”

Amends will be released on June 26th.