GOATZILLA Draw You Into Their Nightmare 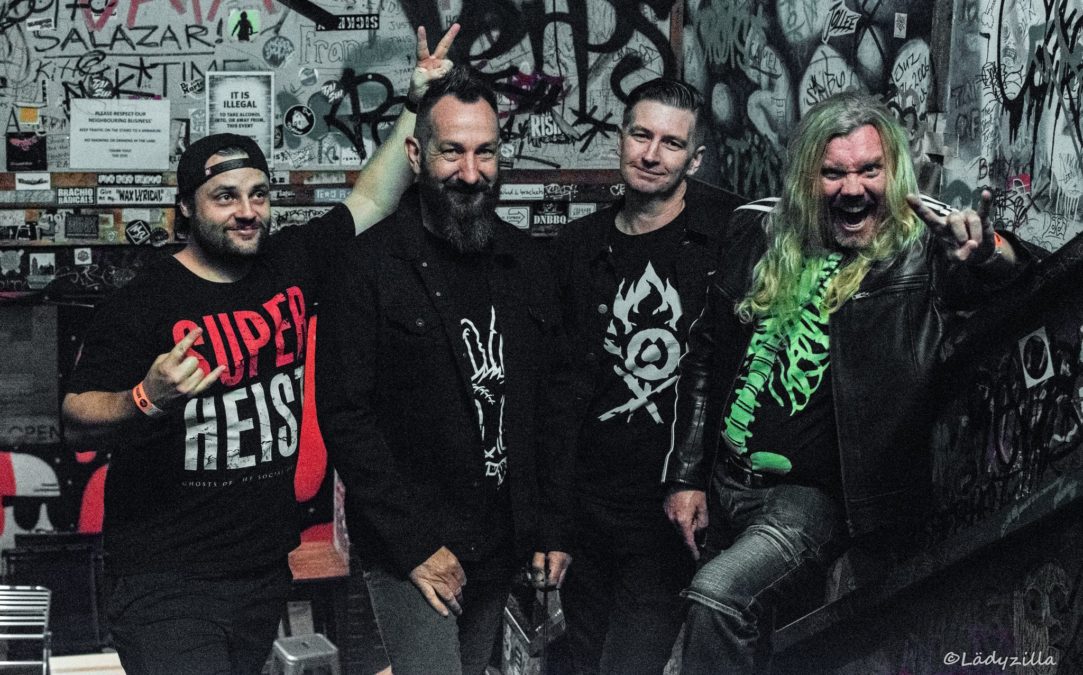 Gold Coast punk rockers Goatzilla have never been a band to conform to expectations or labels.

Their sensational single “Drop Bear” was both humorous and dangerous at the same time and their approach to music in general – while never wavering – has always been with a firm do it yourself ethos that many profess but few embrace.

After a period of inactivity shared by musicians globally, the band have emerged with a new lineup, a plethora of new music, and a slightly different sonic delivery hat only serves to emphatically prove that with Goatzilla the only thing you can take as gospel is the fact that they will continuously and tirelessly turn over every conceivable stone, rock or blade of grass that dares stand in their path.

Latest single “Nightmare” is a breath of fresh air, albeit one that has been drawn from a bygone era where music was loud, abrasive and in your face.

It is an instant pub rock classic, dripping with all of the characteristics that have defined great rock outfits over the last four decades.

Recorded with Guy Cooper at Serotonin Studios and using the guitar head used by Kurt Cobain on Nirvana’s 1992 Australian tour, “Nightmare” is anything but.

“It has that early Aussie kind of rock sound,” he said, ”from the Alberts era. You had The Angels and Rose Tattoo and then later on you had bands like The Poor and the Screaming Jets so it’s that kind of influence that we all share and we all love. We’ve all got a lot of influences and musical heroes. You got the heavy stuff, American hair metal, you have the Motley Crue style and the drummer is more into the current metal so he keeps us up to date (laughs). He also throws in some left of centre stuff so we’ve got all these different influences coming in there. This particular track is probably a lot more straight down the line Aussie pub rock but we’ve also got a bunch of newer stuff as well which has a lot of other influences in there that will be different for us as well. It’s fun experimenting.”

In the full interview, Ben talks more about the idea for “Nightmare”, the almost conceptual story of the lyrics and how it relates to the AC/DC classic “Jailbreak”, the shock value of releasing something completely different, upcoming new music and more.