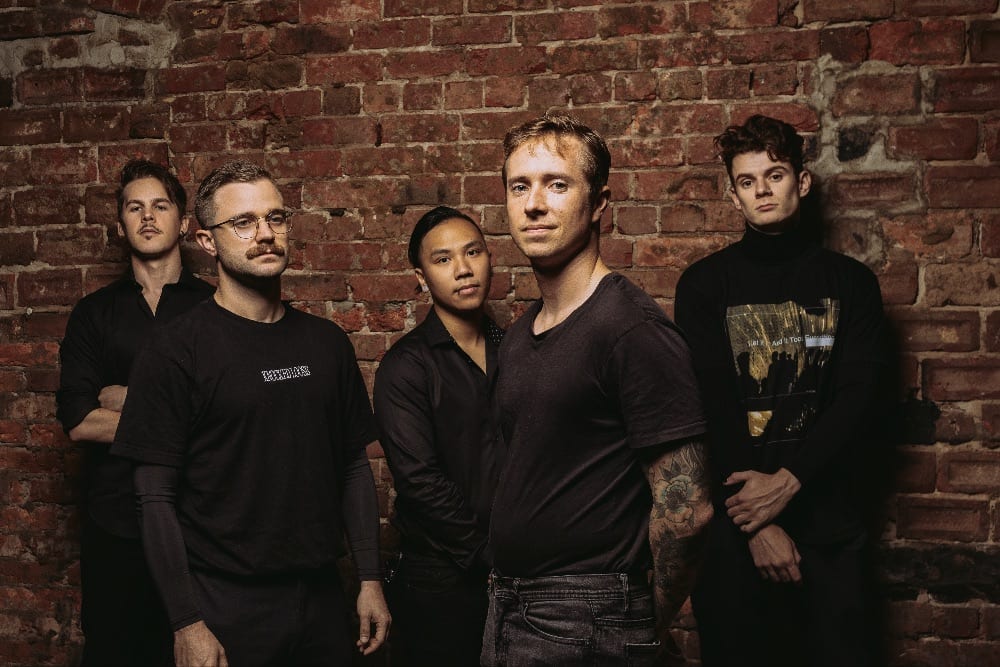 One of Australia’s most prominent up and coming acts, Glass Ocean have released, Beyond Us, the first single from their highly anticipated debut album due out later this year.

The visually stunning video has now been released. Produced and Directed by Adrian Goleby from Caligula’s Horse.

Vocalist Tobias Atkins comments about the clip, “The Music video for ‘Beyond Us’ was inspired by a simple and effective creative vision. Geometry and shape were inherent in the music, as well as a sense of journey. We married those concepts by blending large scale projection with a simple laser light setup. These elements combined with the band’s performance were the key ingredients.”

And on the themes behind the song he says “It’s about facing who we are and that our shortcomings appears to be scarier than any horror movie or nightmare. I think it’s generally a very difficult thing to look straight in the eye. For those that don’t, we drift through life either unaware of a looming travesty, or we are awake and in fear. I think the punishment is far greater not meeting it head on. ‘Beyond us’ is about running from and also confronting the things we wish to forget or leave behind in time.”

Formed in the summer of 2013, by vocalist Tobias Atkins and Northland drummer Nic Petterson, the band recently added new Melbourne based members Nguyen Pham (Circles, AlithiA, Enlight), and Julian Dobric (Sentia) spreading the band’s current home base across both Sydney and Melbourne.

Glass Ocean have attained a reputation for being one of Australia’s most unique and must-see acts since performing compelling sets on the PROGFEST 2019 Australian tour alongside international heavyweights The Ocean, Monuments, Skyharbor and many others. The band has also embarked on several of their own headline Australian tours as well as shared stages with high profile acts such as Seether, Wolfmother, Tesseract, Anathema and more, growing a die-hard following across the country.

The group’s innovative sound has garnered praise amongst industry circles, receiving a nod of approval from established international artists such as TesseracT and Polyphia, as well
as scoring Triple J radio airtime and Tobias being interviewed on the Channel 9’s Today Show in Australia. The band’s early releases Glass Ocean – EP (2014) and II – EP (2015) cumulated the band’s online following with impressive music videos clocking up over 200,000 youtube views.