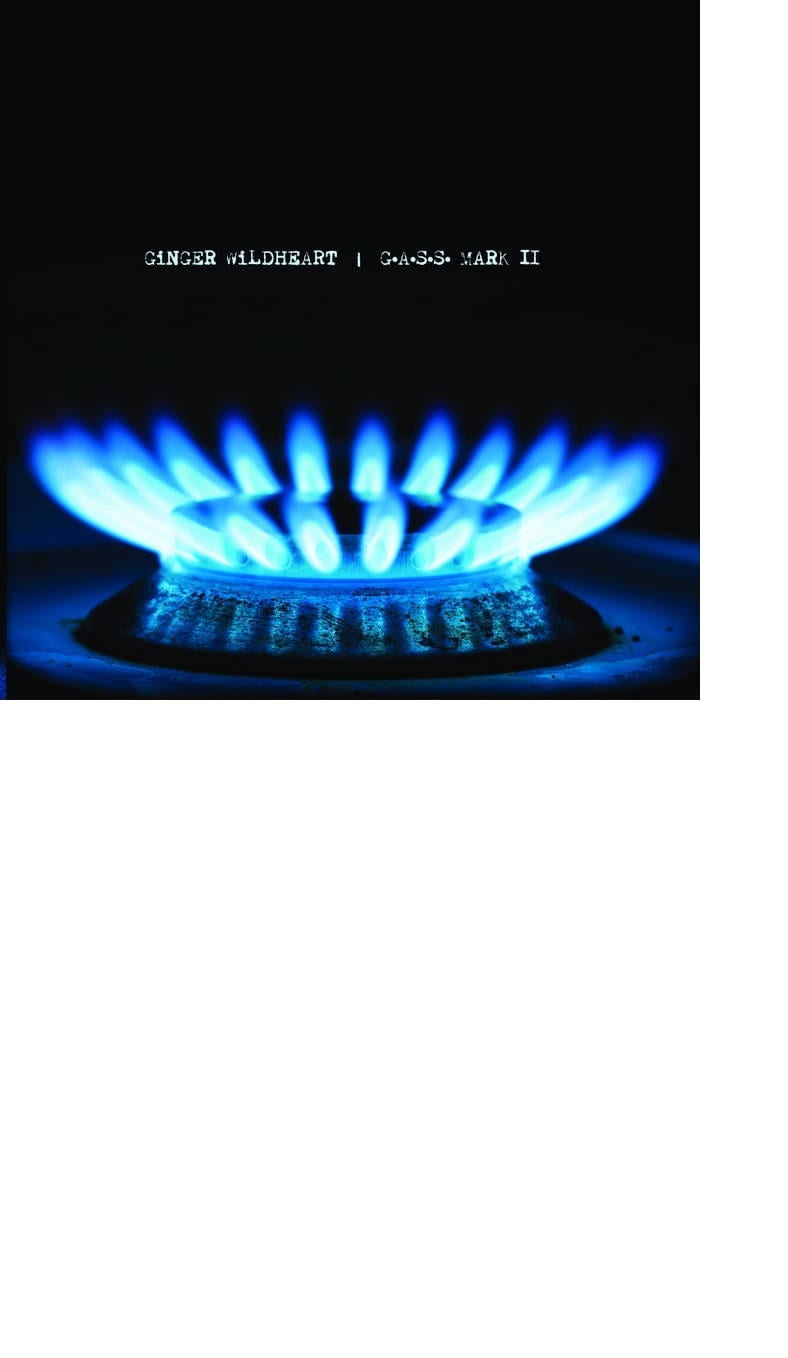 For a chunk of the mid-90’s Ginger Wildheart and his partners in crime provided a large part of the soundtrack of my life. These anarchic troubadours transcended into commercial success with their spiky, oft-witty and reflective brand of rock. With this success came a contradiction with Ginger recently reflecting “No label was ever going to sign me up to make commercial sounding stuff back to back with strictly non-commercial, genre free adventures into aural wonder. I was always going to have to adopt a more DIY approach if I was ever going to get these sounds out of my system and out to the public.”

Re-launching Round Records – Ginger’s own label – with G*A*S*S MARK II seems most appropriate with this borne in mind. This album features 13 songs recorded as part of Ginger’s year-long 2014 fan-club based project, G*A*S*S (Ginger Associated Secret Society), which saw tracks released, direct to subscribing fans, at the rate of three per month. At the conclusion Ginger released “Year Of The Fanclub” a collection of songs from that period.

G*A*S*S MARK II represents the second coming that’s best described by Ginger himself, “‘Year Of The Fanclub’ represented some of the popular highlights but omitted some of my very favourite compositions. ‘G*A*S*S* Mk 2’ represents what I consider to be the best of ‘G*A*S*S*, those little gems where planets aligned, musicians excelled and words seem to hit targets.”

“Friends of Bill” opens up the album with a rock n’ roll beat that quickly morphs into a blistering rhythm that, along with the machine-gun vocals, has overtones of prime-cut Motorhead entwined with Wildhearts of “Earth vs” era. “King Rat” throws in an unexpected swerveball with a slowing of tempo edged with a Barrett-era Floyd-esque physcedelia deliciously wrapped up in a Foo-infused ballad. Sounds like it shouldn’t work but seriously it does!

Matters are ramped up with “That’s A Nasty Habit You’ve Got There”; a tasty morsel that could have easily made a hybrid Levellers / Wildhearts combination. “Caer Urfa” continues in this folk-drizzled groove, as Ginger sings heartfelt about his hometown of South Shields, melded with a slice of country-rock – hints of “Wild Side of Life” spring to mind as metaphorical hooks snare the listener.

“Alvarado On The 2” takes flight with a haunting riff before landing with a thump before Ginger launches into “Right Into The Feels” a track with a familiar touch. “Petite Mort” is best described as a stunner; vocalist Yolanda Quartey soars high with a soulful grace, reflecting Dusty Springfield and Alison Moyet, working to a crescendo of a finish. Stand-out track of this offering.

“Waves of Sadness” gatecrashes the moment and we’re back on terra firma bouncing merrily to this sing-a-long punky Wildheart moment; such is the eclecticism of Ginger. The caustic fabric of “Adrenalina” happily continues this stomp before “Bloody Knees” takes the Wildheart factor and turns it on it’s very head.

“Don’t Lose Your Tail, Girl” is a nine minute opus that truly takes one on a musical mystery tour across several generic planes; a perfect embodiment of Ginger’s far-reaching genius. “Don’t Stop Loving The Music” is a sideways look at the present-day music scene; a rallying call to the ranks and a perfect album closer. However this is Ginger Wildheart and he, naturally, has other ideas and lifts the roof with the wonderfully rocking “I’ll Have Another”. This is the music Quo should have wrote but never did!

Ginger has bared his soul with this release; a slice of his eccentric genius for sure.