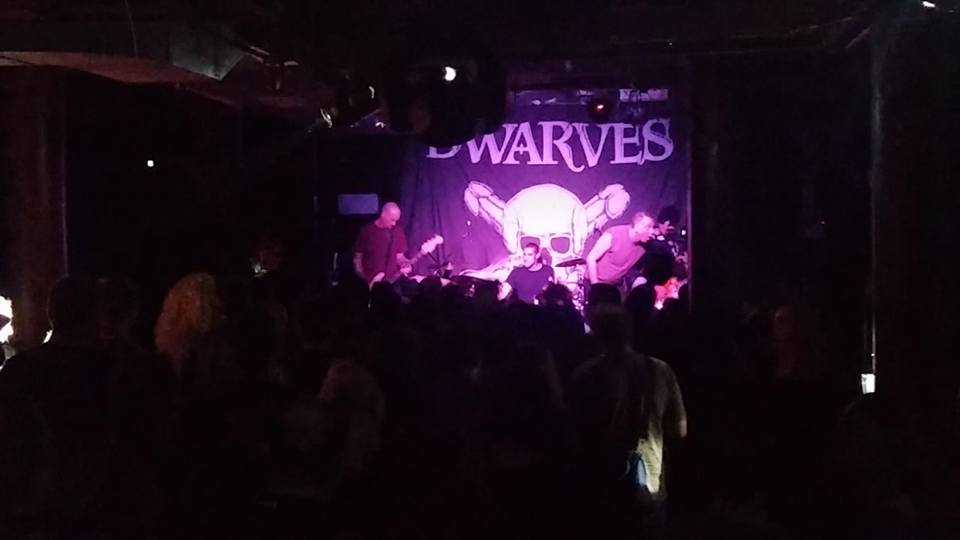 Disclaimer: The following gig review may contain material offensive to some, as it is a Dwarves review. If you are familiar with the band you should know what to expect.

Cultural history was made at tonight’s venue, The Imperial Hotel, Erskineville, which was featured in the iconic Australian film, The Adventures of Priscilla, Queen of the Desert (1994).

The stage mainly known for Drag, Cabaret and Theatre was tonight home to a stellar lineup, of which only The Drunk Promoter could pull off… not in a rude way. There would be none of that tonight as Hewhocannotbenamed wasn’t present to be pulled off by girls in the crowd.

A fusion of garage and hardcore punk kicked things off with Sydney four-piece, Legal Aliens tearing up the stage and floor, which was where vocalist Mal would spend the entire set among fans.

Two songs from Welcome To The Business State (2017) got the crowd moving within seconds. Drummer boy, Lawson (kill me) Butcher took the honours of breaking the cherry for noise to behold tonight, hitting the drum skins at break -neck speed. Hardcore infused riffs courtesy of guitarist Nick took the punk attitude to the next level while Stacey (Bass) Shipton set the groove. nailing Meta-Cognition and Mummy rescue me.

Sticking with the hardcore attitude, Deal With It, off Aglio e Olio (EP) (1995) was a worthy cover of a Beastie Boys hardcore track. One standout leads to another with personal favourite Making friends, which was introduced by Mal as a song about girls making friends with their vaginas. No democracy was the last song off the new E.P. and was followed by Thanatos which closed one tight set. The crowd were full of praise, pleasing fans and gaining new. A call out for an encore was well deserved as Legal Aliens left the impression that they would be one hard act to follow. 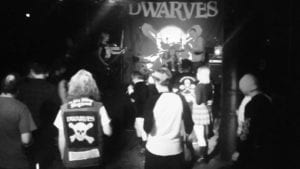 From the inner west of Sydney, Cap A Capo came and conquered, sharing a combination of hardcore punk and ska to the masses. Representing Sydney terrain with Camperdown Ho-down taken from . . . Have You Got What You Paid For? (2009). Tracks off the latest self-titled E.P. Cap A Capo (2016) went down well with the likes of the punk frenzy of Leeches and the chugging riff, distinct bass line and guitar harmonics in Coals.

Cap A Capo tested the waters with two unrecorded songs, Do It Again and Wizard in a Cave. The fish were definitely biting, taking to the bait like a newborn clutching on its mother’s teet. Standouts included crowd favourite Existence, which focused more on ska, with other tracks from . . . Have You Got What You Paid For?, Australian Identity and Assimilation/Disintegration. Tear it Down closed the set with that familiar bass line from the Bob Marley classic, Stir it Up. To answer the question asked from the LP, going by the faces of happy punters everyone had got what they paid for with the promising talent from Down Under on display. 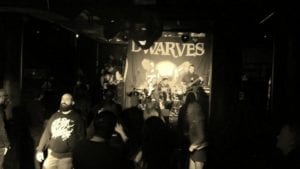 Mixing up the genres The Neptune Power Federation could have just as well been the main event with a cult following and screams from the crowd that could be heard from the streets of old Sydney town. Occult rock that brought The Skyhooks to mind blew everyone in the room away with the overpowering voice of Screaming Loz Sutch.

Opening with the title track from Mano A Satano (2012), the album that started it all for this group of talented musicians. The guitar duo of Inverted CruciFox and Search & DesTroy let loose some guitar wizardry with riffs of doom and destruction that surprisingly didn’t tear down the roof of this establishment.

Skies of Sound and Wizard Lover, also both from the debut gave Mr Styx time to prove he was a behemoth behind the kit. The familiar face of Jaytanic Ritual (Jason Whalley–Frenzal Rhomb) belted the four string while joining  Screaming Loz Sutch, adding some growls to the mix, proving that the beauty and the beast always make for the perfect fit.

Lucifer’s Universe (2015) spreads its wings with standouts Thirst For Blood and Mind Voyager. Closing with the highlight of highlights with crowd favourite Begone Sorceror. As the crowd, all join in chanting the final words in unison, the troops approve. 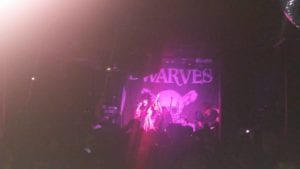 Hailing from San Francisco, California, the original satanic punkers who wear the slogan TEACH CHILDREN TO WORSHIP SATAN on their sleeves; the Dwarves, were ready to show all present the reason they are still going since the 80’s as they tend to kick ass.

Blag Dahlia leads the pack moving across the stage with a certain swagger and coolness with his laid back style. Anyone who’s met the man knows how humble he can be, greeting fans as if they were friends and thanking everyone for attending. In fine form, tonight belting out classics like Backseat of My Car, Fuck You Up and Get High, Astro Boy and fan favourite Drugstore all tracks from the Sub-Pop debut, Blood Guts & Pussy (1990).

The sing-a-long, Anybody Out There is a highlight from Sugarfix (1993) and The Dwarves Are Young and Good Looking (1997) is the main focus tonight. From the speed of Unrepentant, the fury of Rex Everything (Nick Oliveri) on We Must Have Blood, to the classics Pimp, Throw That World Away and the catchiness of Demonica and Everybody’s Girl.

The slow burner You Gotta Burn grooves the only way Blag knows how and a stage dive into the crowd revs the crowd up, not that they could be pumped anymore’. The Dwarves Are Still The Best Band Ever is introduced in classic Blag style saying the Dwarves are politically correct and they can be serious at times, before having the crowd sing along to the chorus “Let’s Just Get High and Fuck Some Sluts”.

Punk greatness was on display tonight like hookers in windows. At all Dwarves gigs and with every release it’s alway quality over quantity. The Dwarves went out with a bang, leaving all satisfied. Over before you know it just like time spent with a hooker from Amsterdams’ Red Light District.

Let’s Get High and Fuck Some Sluts x 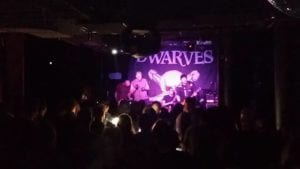