Frying Your Brain With MUNICIPAL WASTE 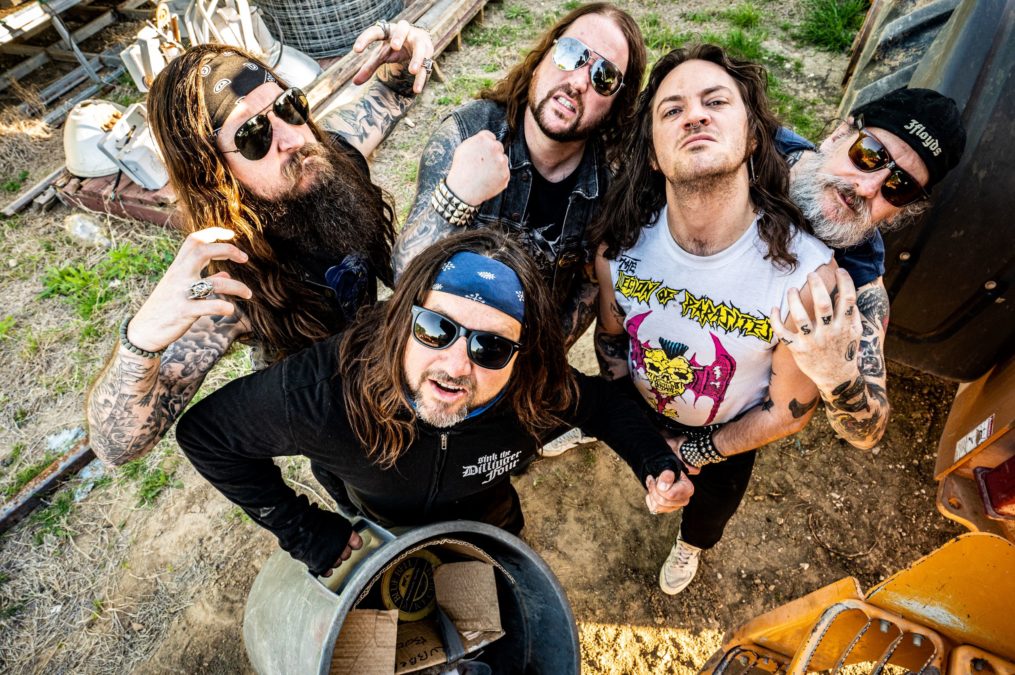 One of the best things about thrash metal bands is you generally know what you are going to get with a new album.

Although there might be slight variances and nuances here and there, the basic structure that defines thrash metal and becomes entwined in a band’s DNA is always inherent in some capacity.

Thankfully, US thrashers Municipal Waste follow the tried and true formula for thrash on their upcoming album Electrified Brain which will be released by Nuclear Blast Records on July 1.

It is another slab of greatness from the band, and one which has been described by frontman Tony Foresta as an album full of “fun, fast, and ripping hardcorepunkmetal.”

HEAVY caught up with Foresta on the eve of the album’s release to chat about what to expect.

“It’s exciting,” he enthused. “It feels like… God… it’s been three years since we started working on this thing until now, and it’s finally coming out. It’s been a long road, and we worked really fucken hard on it, I can say that this is the hardest that we’ve ever worked on a record. Seeing it actually come out and being able to hold the vinyl in my hands, it’s like seeing your child born, but probably not as cool as that (laughs). We’re real fucken excited. I’m literally biting my nails waiting for Friday to come, so I can get this thing out there.”

As for goals going into the process, Foresta is of the belief that no rules are good rules.

“We kind of just wanted to see where it would take us,” he explained, “because we never really do concept records or this is gonna be our slow album or this is gonna be our fast album… we just start writing shit and seeing what sticks and what we like. It did take a while to really get the ball rolling, especially with having everything shut down, and I ended up moving to Florida, so I moved away from my bandmates. It was a lot of stuff that we’re not used to happening in the process of writing a record. It worked out better because it actually gave us time to dig in and focus on the songs, rework shit and think more about the structures and just listen to the shit over and over again. I rate this record more than any other record I’ve listened to in my life – except for Reign In Blood of course (laughs).”

In the full interview Tony talks more about Electrified Brain, the songs on it, recurring lyrical themes, new dynamics within the music while keeping true to thrash, the early days of the band, their influence on thrash metal in the modern era, not following trends, Belushi Speed Ball’s song Ripping Off Municipal Waste and more.