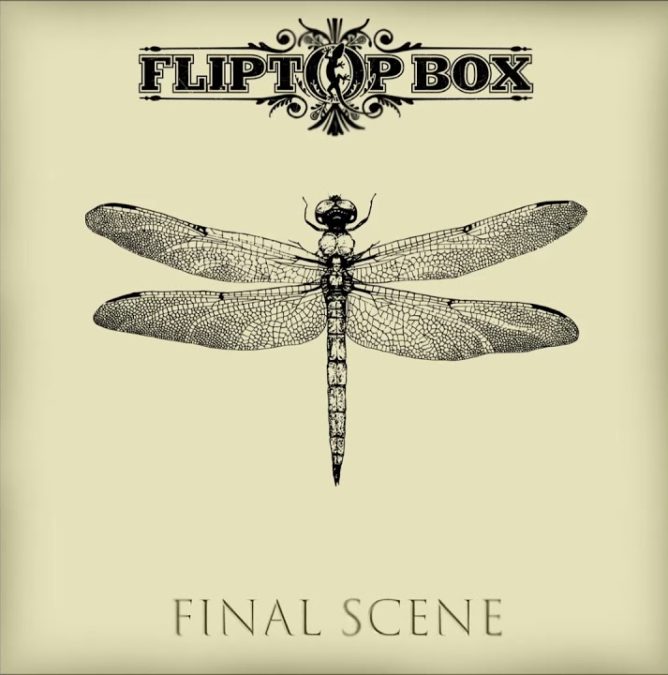 It’s not all that surprising when an alternative rock band cites Alice In Chains as an inspiration. Even less surprising when that band hails from the U.S or even good ol’ Oz, and there’s a fair chance that the music will contain moody riffs and nasally vocals singing about roosters and how angry their chair is.

But what if they came from Greece?

Well Fliptop Box (no, not an old game show hosted by Bert Newton, may his soul and hair piece rest in err peace) have just released Final Scene, to answer that very question.

Another Pain begins with moody chords and a squawking riff supported by a mid-tempo drum beat, so far, so Alice. Vocals join in, and it is at this point that one of the band’s other influences, Danzig, appears. This lower register of vocal style fits in well with its surroundings as the song builds toward a more upbeat chorus. Another round of verse/chorus is dished up before a great lead break drifts into the bass guitar taking centre stage with a slower take on what has preceded it. Then we’re back to the chorus and on to track two, Divine.

Chords ring out, double kick drums enter the fray and a morse code kinda riff joins in for the ride. This initial burst of heaviness retreats into an evocative piece of guitar picking and then delves into a slightly slower version of the Steve Harris patented gallop. Another upbeat chorus arrives, and the band plays through to the end of the song without deviating too far from the song’s constructs.

Title track Final Scene is almost a hybrid, bastard child of the first two songs. Squawking riff and double kick driving onwards toward what perhaps is meant to be a soaring chorus. On this occasion however, the vocals appear to be having a hard time keeping up, think Blaze Bayley live on stage having a leather lunged crack at Heaven Can Wait. Impressive lead break aside, the song again plays through without too many ideas outside the opening few moments.

Speaking of Blaze, Follow the Scars kicks off with some power chords, backed by crashing drums that perfectly pave the way for a great riff that continues on into the verses vocals. It’s at this point that I had to check if indeed ol’ mate Blaze was a guest vocalist! Turns out he wasn’t, but the overall effect is similar to much of his earlier solo output and that’s not a bad thing.

Your Fears offers up the album’s first real surprise. With a jaunty guitar riff, not too dissimilar to something the house band plays at a wedding reception, as it becomes apparent the best man has fucked off with a bridesmaid right around the time his speech is due. This song is really the first time, up until now, that everything seems to fit just right. The energy builds, another great lead break and drums going apeshit with a vocalist in his element.

But then we get Let Them Drown, not a bad song, at all. But apart from the last minute or so, it really is just retreading the ground that earlier songs have trodden.

My Love restores the faith by way of a great intro and doesn’t let up until almost six minutes later as it ends with some more great fretboard action.

Hunters is the album closer and is probably the one track that I would recommend that you listen to if you want a forty-minute album distilled into five or so. Good intro, driving chords, on-point drums and vocals that may just fall short of the song’s ambitions.

Spoiler alert: Stay with it until the very end, it’s a cracking way to end an album, but shame on the producer for the fade out.

Look, Fliptop Box have been around for eighteen years and have garnered plenty of good reviews for their earlier two releases. And Final Scene is definitely deserving of a listen if not quite, yet, an album ready to share the spotlight with some of their idols.