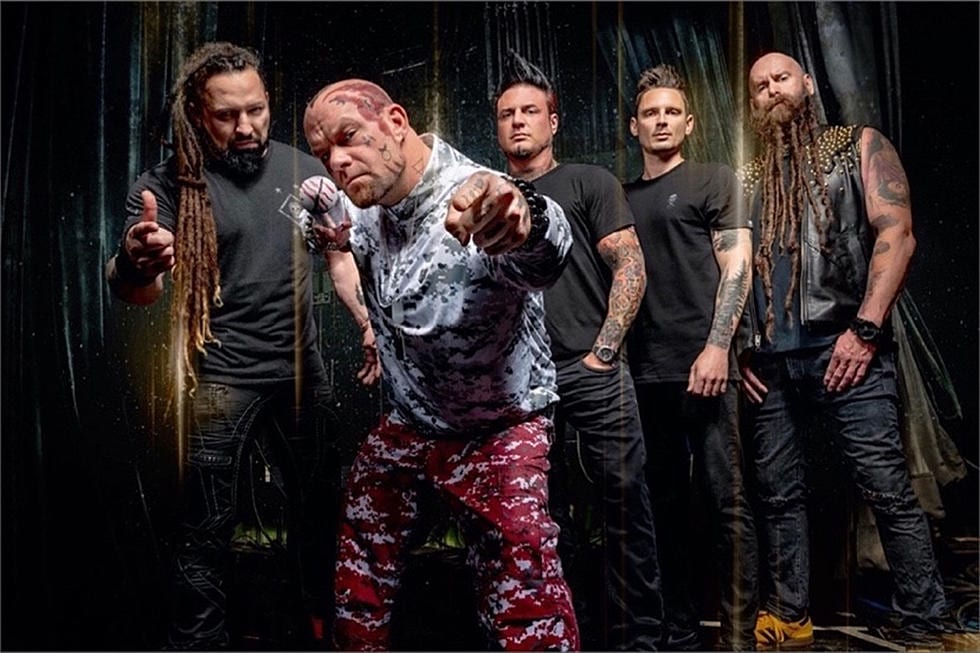 There is perhaps no bigger band in the heavy music world at the moment than Five Finger Death Punch. Their albums are chart-toppers, they have won awards galore and they have the cream of heavy music lining up to tour with them. A quick talk with bassist Chris Kael tells you though that not everything has been rosey in the FFDP camp.

He talks about his own addiction battles, the addiction fight that front-man Ivan Moody has been through and how the fact that the band’s last album And Justice For None was an absolute miracle that it even exists. Now though comes their brand new album F8 which he describes as a rebirth for the band and a body of work that he and the band are most proud of.

“We knew this was a very important record for us,” says Kael with complete honesty as we begin to talk about the new album. “Our last album, And Justice For None, was recorded during a time where we were battling with our record label, Ivan was dealing with addiction problems, I was dealing with addiction problems and there was a lot of in-fighting within the band so that encapsulates a ‘not great’ time for me.

“Whenever I hear it, it brings up the negative times we were stuck in,” he says. “There was lots of turmoil and it just wasn’t a lot of fun. So we knew going into this one that this was really a make it or break it record for us. Obviously we have a huge following and we have sold a lot of records but this made it or break it for us because it was important for us to get back on track. If we hadn’t put out the album that we did this could have been a disaster for us and we knew that.”

Talking to Kael about that period makes you really realise how lucky we are that Five Finger Death Punch are still together and making albums today. “We went through a whole lot,” he says continuing. “Both personally and in the band but for us to come through all of that, and to come out of it with a new album coming out on the 28th of February it is a really proud moment for us. Not just because of how far we have come but because we have overcome so many things that couldn’t have turned into an inferno… but didn’t luckily. So here we are, we are still, the record is out on Friday and we are super excited about it.”

Hearing Kael describe this album as a ‘make or break album’ really showed just how important this album was to the band so I ask him how the band dealt with the pressure that was there heading into this album. “I think the biggest thing leading into this that could have been a major setback were the amount of addiction problems that we had at that point,” he says still talking with complete honesty. “There were times when day-to-day we weren’t even sure if the band was going to be able to go on so right out of the gate we had to get rid of those issues. Without getting rid of those issues we would have continued to burn ourselves alive and that would have been the end of Death Punch!”

“So we got them out of the way,” he continues. “And this has been kind of a rebirth for us because as individuals we have all been through this rebirth and growth which has seen us become better versions of ourselves which in return has seen a better version of Death Punch. When we first got into the writing phase for this album we realised that when you are using you kind of see that as your creative juice and you start to wonder when that goes away will that creative energy still be there, luckily the first three tracks that we wrote for this record were absolute beasts so we were all like ‘okay we can do this and we can do it a whole new level.’”

The new re-birthed Five Finger Death Punch also got a massive lift from their live shows they did while putting together F8. “At the same time we went out and did three weeks worth of shows,” he explains. “And we got these amazing reviews from the fans because we were playing better than we had ever played before and as a band, we were getting along better than we ever had before and all of that translated to the stage. And besides that, we were having fun and we took that confidence into this record. There are a couple of songs on there that perhaps you wouldn’t expect from Death Punch, not because it is not what Death Punch does but because we were able to expand a few things on this record.” 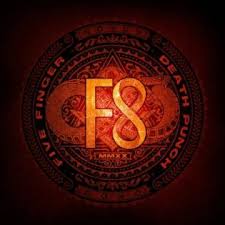